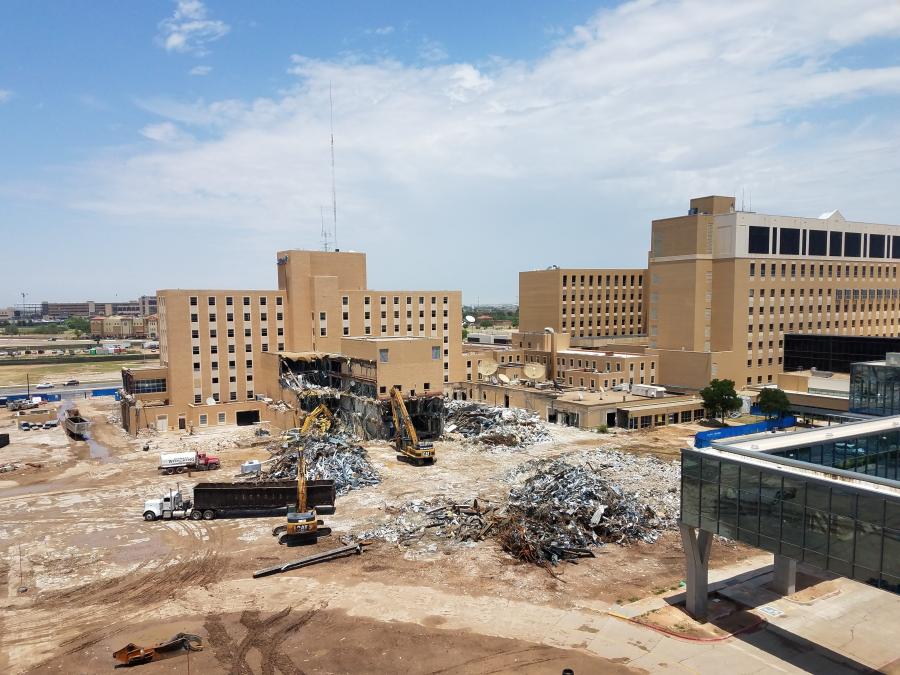 Project managers had to devise a kinder, gentler form of demolition without the use of giant wrecking balls or explosives to take out the 325,000 sq. ft. of space across five buildings that stood on the site since the 1950’s.

A major overhaul of the healthcare facility profile in Lubbock, Texas, began earlier this year as Covenant Medical Center began construction on Hope Tower to replace an aging, outdated hospital with a campus spread out over five buildings. The $125 million, 220,000 sq. ft. project that began construction in April with the build out of the hospital's basement and lower basement, follows two years of site planning, including nine months of demolition work on the site.

The structures had "outlived their usefulness," said Jerry McPhail. The buildings "were not being used for their original purposes and were not suited for patient care."

McPhail heads up the Hope Tower project and is regional director of construction of La Palma, Calif.-based Petra Integrated Construction Strategies, a firm specializing in healthcare facility design and construction.

The healthcare context of Hope Tower — patient occupancy in buildings adjacent to the site — required project managers to devise a kinder, gentler form of demolition without the use of giant wrecking balls or explosives to take out the 325,000 sq. ft. of space across five buildings that stood on the site since the 1950's.

"We had demolition concerns about vibrations," said McPhail. 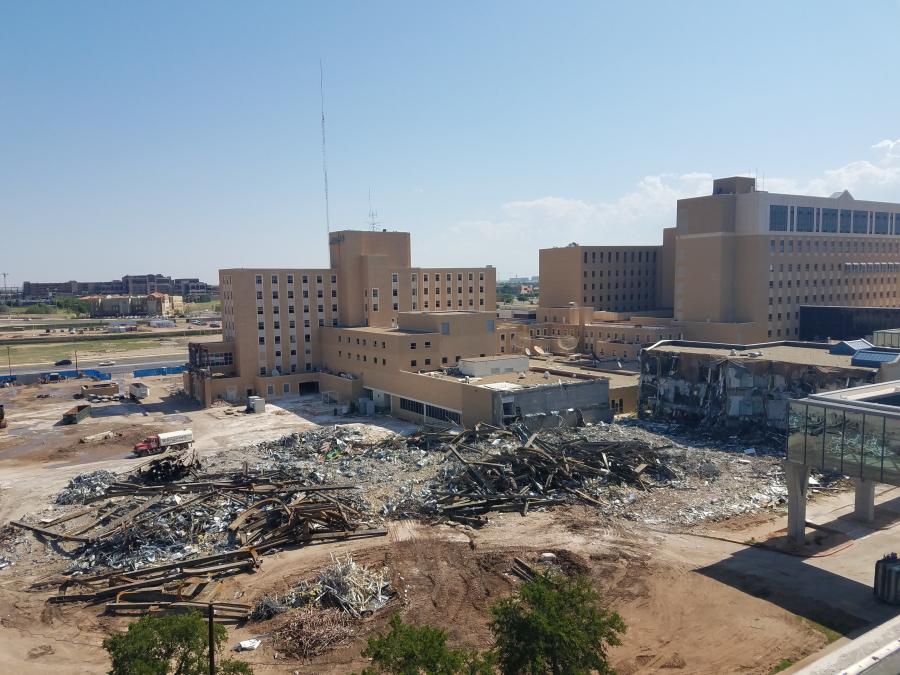 Other safety concerns called for mitigating dust around air intake ducts and maintaining a user-friendly environment for patients, staff and visitors. Demolition was taking place only 3 ft. from the entry drive to the occupied portion of the campus.

"A lot of planning went around that," he said.

The requirements translated to a distinctly low-tech approach with a lot of hands-on work. McPhail and his team, which included Midwest Wrecking Co. LLC of Oklahoma City, "looked at implosions" to do the job, but the city of Lubbock currently imposes a moratorium on the practice. The process ultimately involved mostly hand tear outs.

"We had no unplanned outages or negative impacts," McPhail said.

The 94 percent of recyclable material, which workers sorted on site for use as fill material, included 6,000 tons of metals — steel, copper and aluminum; 12,000 tons of brick masonry facade; and 38,000 tons of concrete.

Within the framework of the project's efforts around recycling, sustainability and safety concerns, McPhail said he's working with plenty of challenges, but first elements of the project have "gone very well." 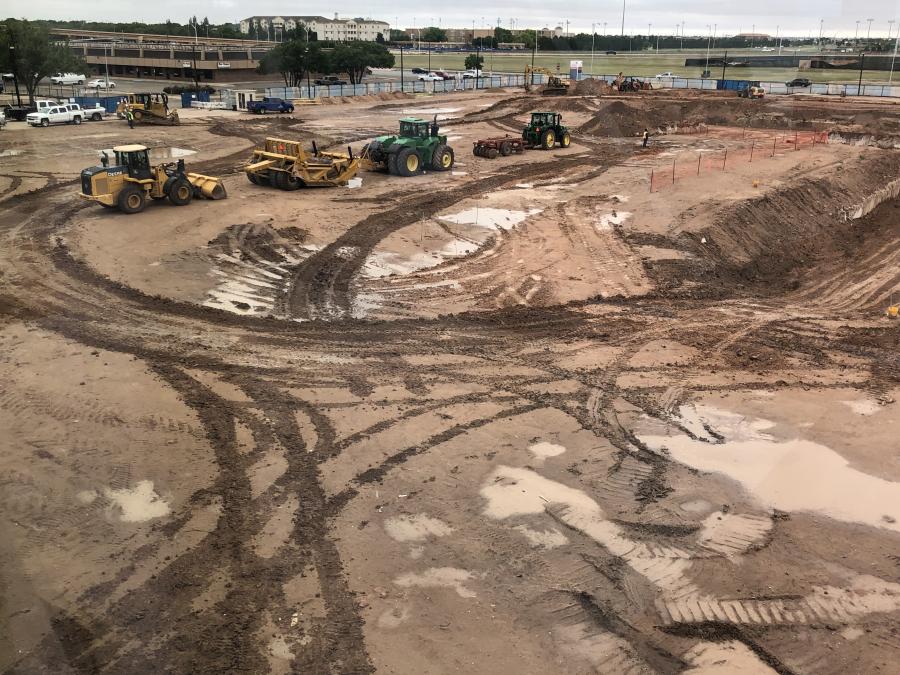 The construction and development of Hope Tower itself plays a significant role in ensuring that Lubbock maintains its status as a regional healthcare hub in serving the South Plains region. Objectives for the new hospital and surrounding campus include alleviating a shortage in-patient beds, shorten emergency wait times and to shift away from a competitive model of healthcare delivery to a more cooperative model by partnering with other health systems providers.

Covenant's investment in the new facility runs in conjunction with continued growth in the city's business and industrial base involved in the economic, agricultural and academic sectors.

"As Lubbock continues to grow, Covenant Health is planning for services to help meet the future health care needs and improve the quality of life in the communities we serve," according to a Covenant press release. "For more than 100 years, Covenant has grown with Lubbock and the South Plains by expanding our faith-based mission to meet the call of the region's health care needs."

Covenant executives' approach to fulfilling the city's needs so far has tapped a plethora of pros in creating and carrying out the vision for healthcare now and in the future. Besides tapping Petra and McPhail to coordinate all the moving pieces required in constructing Hope Tower, Fort Worth-based HKS Architects designed the facility. Dallas-based J.E. Dunn formed a joint venture with local company Teinert Construction to perform general contracting work. Between the two firms, Covenant taps the technology and scale capacities available through Dunn while Tyler's expertise in the local market and relationships to subcontractors and labor bring efficiencies on the practical level.

Hope Tower itself, what is referred to as "our new front door," will consist of six floors, the top two of which will be shelled for finish as needed in the future. The first floor includes a new lobby, the hospital admissions department, a gift shop and a chapel.