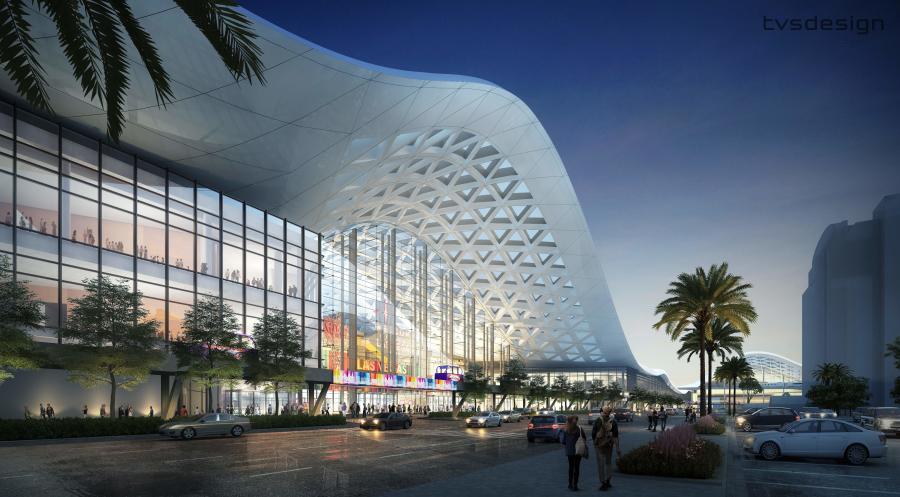 The LVCCD’s Phase Two is an $860 million expansion project that will add 1.4 million sq. ft. to the current convention center facility, including at least 600,000 sq. ft. of new, leasable exhibit space. (tvsdesign photo) 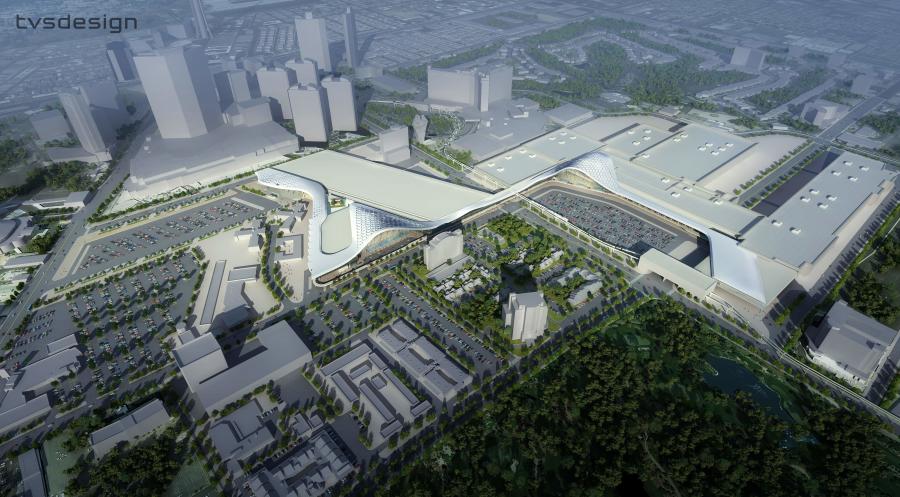 “This is one of the most important days in the history of the LVCVA. These drawings show a modern, innovative design that is as iconic as our vibrant city,” said Rossi Ralenkotter LVCVA chief executive officer. “Southern Nevada's economy is driven by tourism and this expansion will propel our convention center forward to enable us to maintain our status as the number one trade show destination in North America.

In March, Geotechnical & Environmental Services Inc. (GES) began drilling for all footing locations. GES is doing subsurface explorations to determine soil properties and assist with engineering recommendations. For example, they are marking out the depths they hit caliche, ground water and past structures that may have been buried in the lots. They also are sending core samples to the lab for environmental impacts on the site.

The LVCCD's Phase Two is an $860 million expansion project that will add 1.4 million sq. ft. to the current convention center facility, including at least 600,000 sq. ft. of new, leasable exhibit space. The expansion is slated for completion in time to welcome CES in 2021. Late last year, the LVCVA's Board of Directors finalized the selection of tvsdesign / Design Las Vegas to provide design services for the expansion project.

“Our biggest goal was to give Las Vegas a convention center that will be iconic, with a design that nods to all of the very unique architecture in the city's history, while also providing contemporary, cohesive design aesthetic across the entire property,” said Rob Svedberg, principal, tvsdesign. “Being iconic in Las Vegas is different than being iconic in other places, and we really want this building to be unique in the marketplace and provide something no other convention center can, while also having a strong identity, so that when someone sees it, they immediately know that it's the Las Vegas Convention Center.”

Phase Three will be the complete renovation of the existing 3.2 million-sq.-ft. facility, with a projected completion date of 2023. The phased approach will ensure that no business will be displaced during the construction and renovation. LVCVA staff worked in partnership with Cordell Corporation principal Terry Miller, the agency's contracted owner's representative, to develop the vision for the expansion and renovation project. 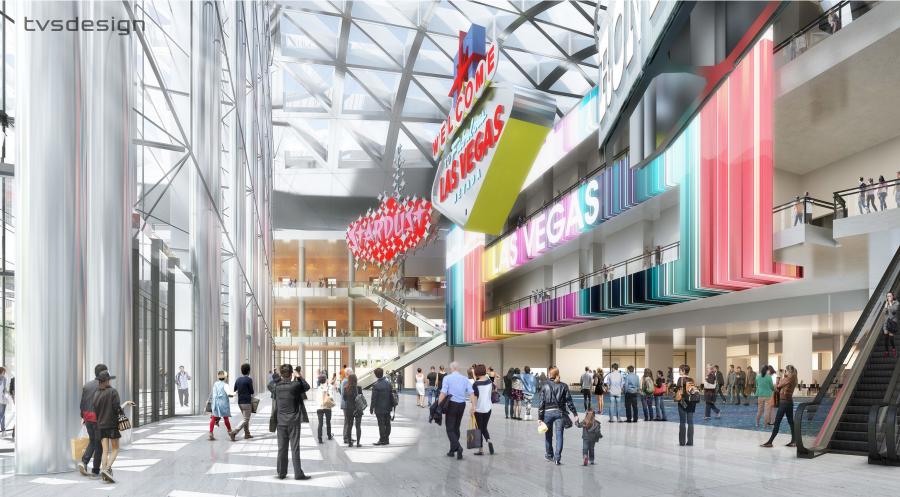 The LVCC District Expansion (Phase Two) and Renovation (Phase Three) are expected to support nearly 14,000 construction jobs and nearly 7,800 full-time permanent jobs upon completion. The project will generate an additional $2.1 billion in economic activity during construction and upon completion will have an annual incremental economic impact of $810 million while attracting more than 600,000 additional visitors each year.

The project will allow the Las Vegas Convention and Visitors Authority to pursue new business opportunities while also growing the shows currently taking place in the destination.