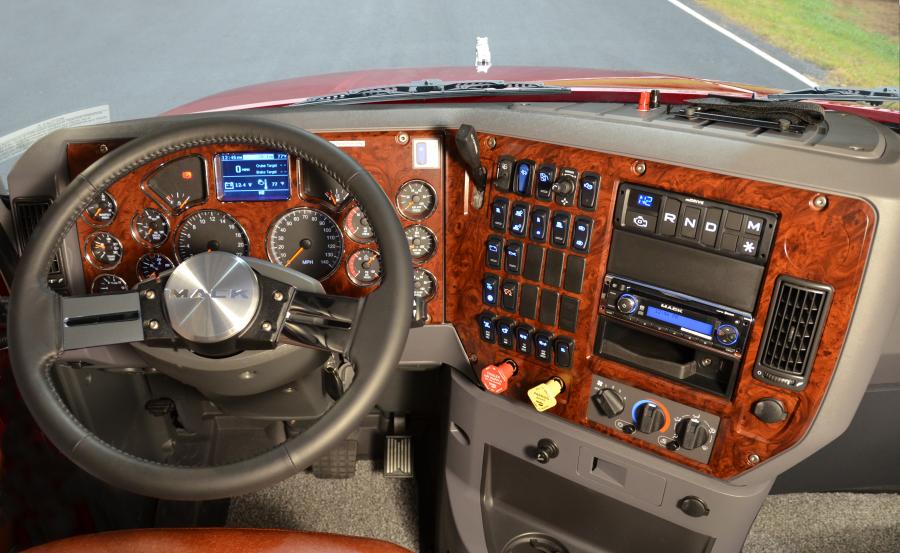 Mack mDRIVE rolling start allows drivers to shift the transmission into drive without pressing the truck's service brakes. This eliminates the possibility of creating a bump in the paving surface, which is a critical benefit for paving applications.

Several construction applications, including concrete mixers, rely on remote throttle controls. By automatically shifting the mDRIVE into neutral when the parking brake is set, Mack mDRIVE auto neutral helps improve jobsite safety by reducing the possibility of the truck moving due to throttle application.

In 2016, mDRIVE transmissions were spec'd in a record percentage of Mack models, making mDRIVE the most dominant transmission across Mack's complete lineup of heavy-duty trucks for the first time ever.

Originally introduced in 2010 for highway applications, the Mack mDRIVE transmission transformed trucking by eliminating traditional shifting. With no clutch pedal or shift lever to work, drivers can remain focused on the road ahead. mDRIVE transmissions monitor multiple driving variables through sophisticated software to deliver smooth shifts and automatically select the best gear for conditions. Mack made mDRIVE standard in Pinnacle models in 2014.

The mDRIVE's benefits didn't go unnoticed by vocational customers, who sought the efficiency and performance improvements in construction applications. In response to their requests, Mack launched the rugged mDRIVE HD in 2015 and made it standard in Granite models. With reinforced internal components, the mDRIVE HD can withstand the tough demands of vocational applications.