Macon, Ga.'s College Street Bridge Project to Be Finished in 2021 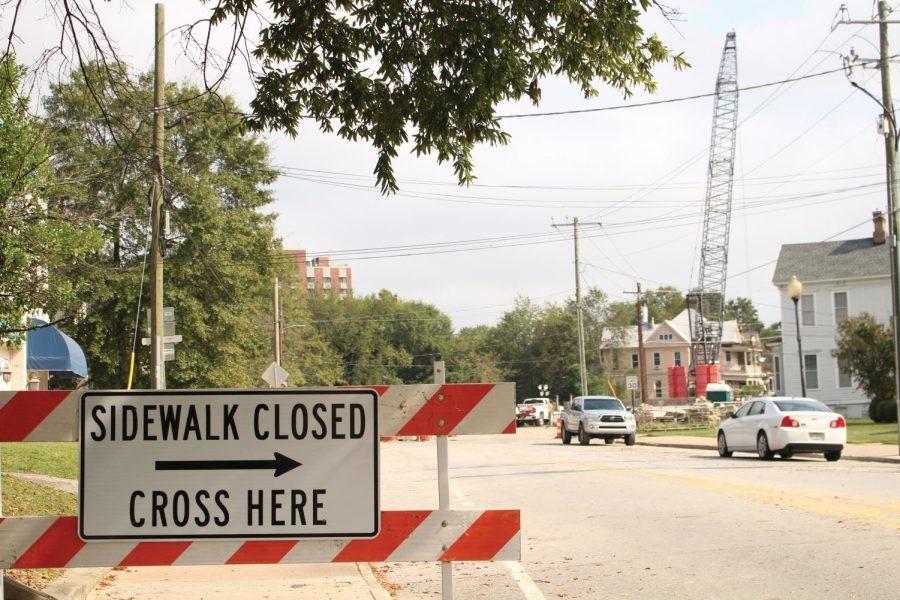 The bridge on County Road 5813 — more commonly known as College Street — has been closed since May 26. (Ivy Marie Clarke/The Cluster photo)

The Georgia Department of Transportation (GDOT) is scheduled to reopen the College Street Bridge near Mercer University in Macon by Thanksgiving.

The span on Bibb County Road 5813 — more commonly known as College Street — was closed on May 26 to demolish and replace the old structure.

The former College Street bridge had been functional for more than 125 years, and it was a historically designated landmark. However, it needed to be replaced due to the increasing frequency of trains with double-stacked freight cars traveling over it, rendering the bridge both unsafe and inefficient.

To honor the history of the original bridge, construction crews will move to a nearby park to build a historical monument to the old bridge using the original bricks. The entire project will be completed by spring of 2021.

According to Penny Brooks, district communication officer of the West Central Region of GDOT, construction of the new bridge was scheduled to take six months, and it has remained on schedule despite COVID-19 precautions.

"Because that railroad is located in an active neighborhood, this project was decidedly undertaken with what are called design-build techniques, so the contractor we brought in to do this job has an accelerated timeline," Brooks said. "The project could've taken a year to do. It is basically being done in about half a year's time. It actually is way more convenient for the neighborhood around the tracks."

Because of the accelerated timeline, the bridge is scheduled to open to the public by Thanksgiving Day. The beams for the bridge have already been placed, and the concrete deck pour should be completed in the next two weeks. Then, the construction workers will lay down the asphalt, and the bridge will be opened.