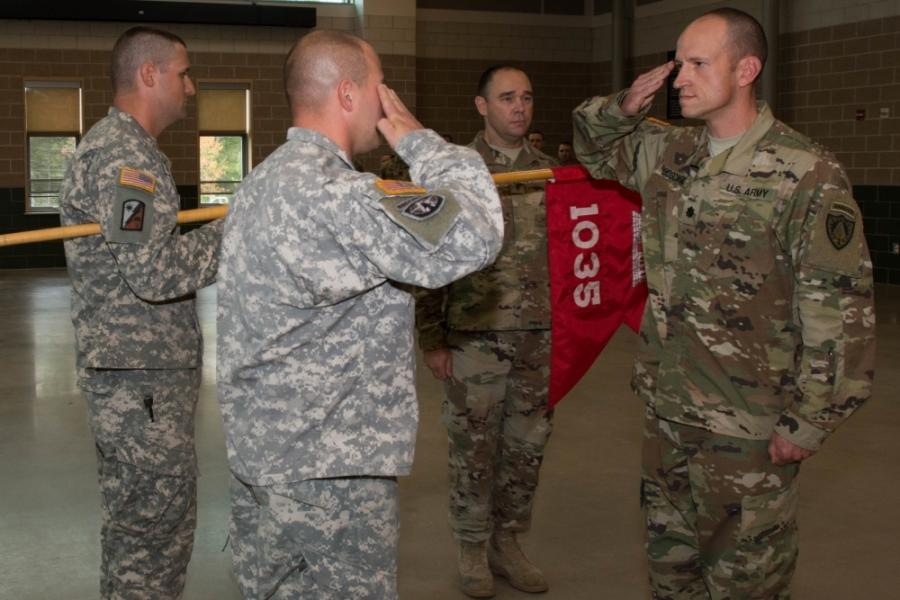 “They possess a specialty skill that assists and supports all engineer units with projects,” said Chief Warrant Officer 3 Daniel S. Dubay Jr., the commander of the 1035th Engineer Detachment. “They are the only quality control and quality assurance pertaining to ground projects. If the 1035th assets weren't available, engineer projects would suffer to an extreme degree.”

The 1035th Engineer Company lineage is the second oldest in the state. It was founded in 1810 in Norway as an infantry company, said 1st Lt. Jonathan D. Bratten, the Maine Army National Guard command historian. The lineage will be preserved by Maine's 251st Engineer Company to ensure that the heritage of the unit continues.

The knowledge of the existing survey and design team members will be utilized by integrating soldiers directly into engineer units.

“Some soldiers of the 1035th will stay at the headquarters and headquarter's company 133rd and others will be pushed out to the subordinate units, all continuing to train and execute survey and design practices,” said Dubay. “Consolidated training a few times a year will be required in order to properly train new soldiers.”

The detachment holds battle honors from the War of 1812, Civil War, WWI, WWII, Iraq and most recently Afghanistan in 2013.

“We are not going away,” said Dubay. “A man is only as strong as the company he keeps.”