Maine Expects $2.4B from Infrastructure Act to Address a Backlog of Projects 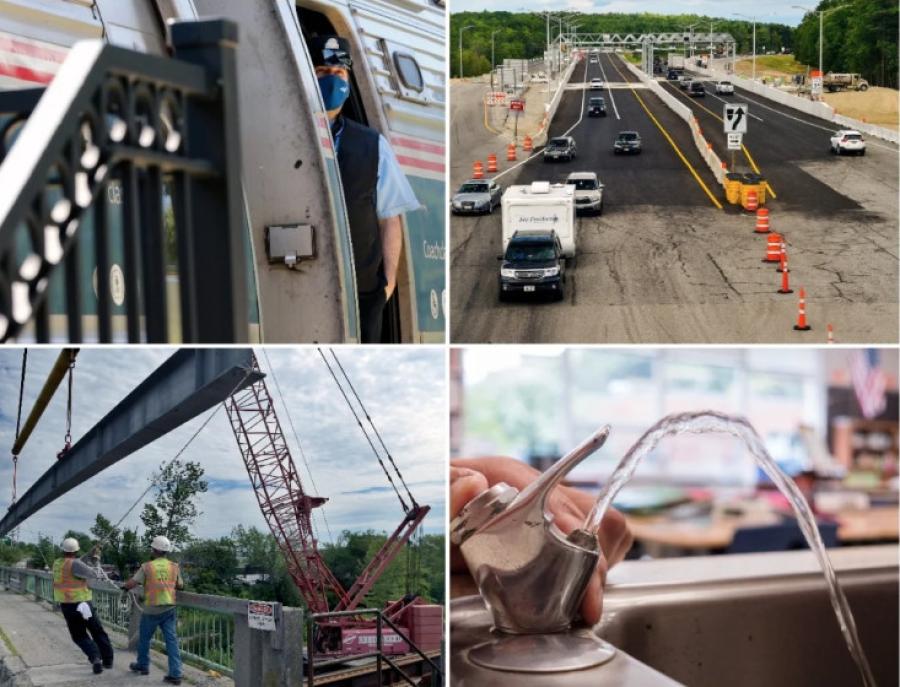 Maine's portion of the trillion-dollar package includes will be used to repair and rebuild battered infrastructure in the state. The dedicated funding will help free the logjam of planned work on highways, bridges, water and sewer pipes, and other physical structures that state residents rely on every day.

The state's infrastructure received a C-minus on the American Society of Civil Engineers' (ASCE) 2020 report card, the Press Herald reported.

Among the other funding allotments are at least $19 million to expand a state network of electric vehicle charging stations, and more than $230 million for public transportation.

"This once-in-a-generation investment will allow us to fix our roads and bridges, expand high-speed broadband, improve access to clean drinking water and build a cleaner, more sustainable transportation network — all while putting Maine people to work in good-paying jobs," Gov. Janet Mills said in a statement.

Maine is destined to receive about $1.3 billion alone in regular federal disbursements for highway maintenance and construction, called "formula funding." The state's highway program is chronically underfunded and has had to cancel or scale back projects in recent years because of escalating costs.

"That is a roughly 25 percent increase, which couldn't come at a better time because we have had fairly significant increases in the cost of construction," Transportation Commissioner Bruce Van Note told the Portland daily news source.

In addition, the federal bill includes about $225 million for Maine's bridges and $74 million for the state's airports.

As for Maine's existing infrastructure, dedicated monies will go toward fixing potholes in roads and replacing deteriorating bridges.

Maine to Compete for Grant Programs

But tens of billions of dollars in the bill are set aside for competitive grant programs that states can chase, part of a program that has received less attention than the dedicated funding in the bill.

Rules likely won't be revealed until 2022, but Maine intends to apply for the expanded suite of grants, Van Note emphasized to the Press Herald. He said the state is especially interested in funding for a village-focused, "complete street" transportation program to emphasize pedestrians, cyclists and other nonvehicular traffic in more populated areas.

"I think these grant programs are making a significant new change," he said. "I think our next work plan is going to have a lot of things that we haven't [had] before. We are never going to lose our rural mobility core mission, but I think it will allow some other types of investments that will be game-changers."

Clean water is set to receive the second-highest amount of funding after highways in Maine, with $390 million dedicated to water infrastructure.

In 2020, the Maine Chapter of the ASCE estimated that maintaining the state's drinking water systems will require $59 million a year over the next two decades.

The state's sewer systems need at least $1 billion and much more over the next decade, according to a Maine Department of Environmental Protection survey last year.

Given those infrastructure challenges, new money is welcome but will not get close to fixing everything, especially with construction prices so high, said Bruce Berger, executive director of the Maine Water Utilities Association.

"We have been so underfunded for the past 30 years, it is getting ridiculous," Berger said. "We've had the need, now we are getting funding, and the materials are 30 weeks out or we can't get a contractor to do the work. We can't get the planets to line up, it seems."

Efficiency Maine, the agency responsible for expanding public access to electric vehicle chargers, is likely to get $19 million for that purpose from the new bill, according to the Press Herald.

"Right now, the network comprises some strategically located places along the major highways and just a couple of places once you get north of Augusta," Stoddard told the Portland newspaper. "This would really enable us to build out the network in the more rural parts of the state — that would be one of the core priorities."