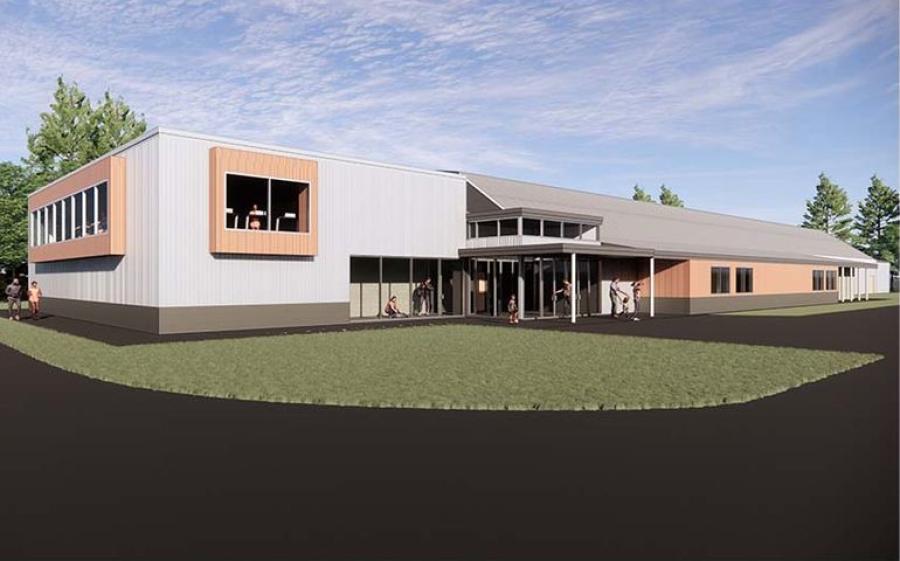 North Yarmouth Academy (NYA), a college preparatory school in Yarmouth, Maine, has received a $4 million donation — the largest in its history — that it plans to use to expand and modernize its Travis Roy Ice Arena, the school announced Nov. 10.

The gift was given to the prep school by Frederique and Jarrod Daniel, parents of four NYA students, and will be supplemented by $1 million the academy hopes to raise, according to an NYA news release.

Mainebiz reported that the expansion will break ground in the spring, led by Portland-based Hebert Construction.

The arena's designs will include:

"We are incredibly grateful to Frederique and Jarrod Daniel," said NYA Head of School Ben Jackson in the school's news release. "This is a historic moment for the Academy. This tremendous investment will not only support a legacy of excellence for our girls' and boys' hockey programs, [but it] will also enhance the athletic experience and wellness opportunities for all students."

Jarrod Daniel is a former professional hockey player from Alberta, Canada, and now works as a plastic surgeon at Maine Plastic Surgery in Portland. In the NYA release, he commented: "An institution with this storied tradition and pride deserves a facility dedicated to the students and their health and wellness."

Frederique Daniel added, "With our gift, we hope students will continue to pursue healthy, active lifestyles, individually and with their teammates, with all the resources they need right at their fingertips. This new facility will be the epicenter for athletics, recreation, health and wellness on campus."

Tim Hebert, co-owner of Hebert Construction, also is a parent of two NYA students, as well as chair of Brunswick-based STARC Systems, and a 2020 Mainebiz Business Leader of the Year.

"In partnership with the Daniel family and NYA, we plan to transform the current Travis Roy Ice Arena into a modern performance sports facility celebrating NYA's rich hockey history with an eye to the future of overall sports performance," he said.

The renovated and expanded arena will retain its name, honoring the late Travis Roy, according to NYA.

Built in 1975, the current facility serves not only the school's students, but athletes from other schools and the community, too. NYA estimates that, in a typical season, 85,000 people visit the arena.

In 1998, the facility was dedicated to Roy, an Augusta native, 1994 graduate of NYA, and a star on the school's hockey team. In 1995, Roy damaged his spinal cord after a fall during the opening seconds of his first game as a freshman hockey player at Boston University. He was left paralyzed from the neck down.

While he used a wheelchair for the rest of his life, Roy became a leading advocate, author and fundraiser for spinal cord injury treatment and research. He established the Travis Roy Foundation in 1996.

Mainebiz reported that Roy died Oct. 29, 2020, at age 45, after complications from a previous surgery. The foundation, which has raised more than $20 million for research and assistance related to spinal cord paralysis, plans to permanently close next year in accordance with Roy's wishes.

North Yarmouth Academy, in Yarmouth, was founded in 1814 and has an enrollment of over 375 students.