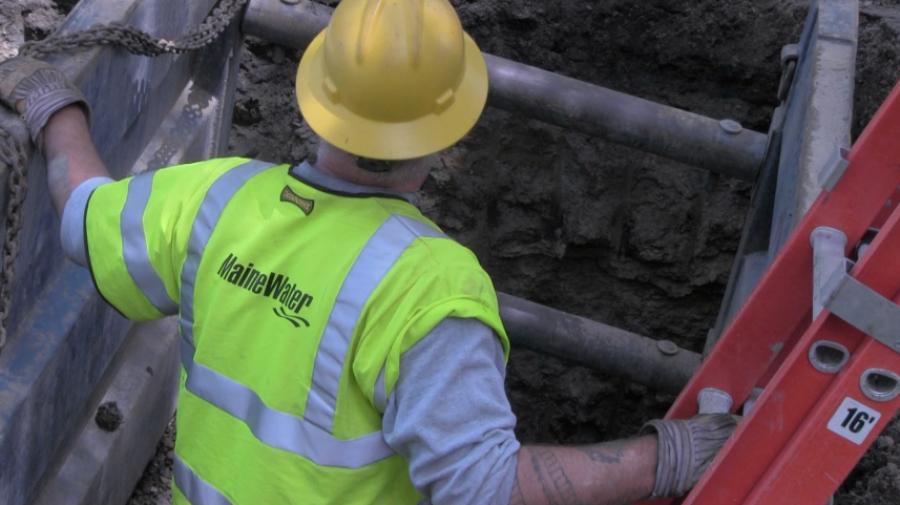 As it wrapped up its 2016 capital projects, Maine Water has announced another robust capital plan for 2017.

The company will invest $8.7 million in various Maine communities, to continue replacing aging infrastructure. Almost $5 million is designated for aging water mains and other components in distribution systems that Maine Water maintains.

“Proactively replacing infrastructure improves reliability and water quality, and reduces lost water through leaks and breaks,” said Judy Wallingford, Maine Water's president. “We'll make sure to coordinate this work closely with road work and wastewater system upgrades in the municipalities we serve. Shared economies of scale can save the towns' taxpayers, and the water company's customers, on paving and other construction costs.”

In addition to its aggressive schedule of water main replacement, Maine Water has almost $2 million budgeted in 2017 for the design and permitting of a new water treatment facility in Biddeford on the Saco River. The current treatment facility is on the flood plain of the Saco River, and was built more than 130 years ago, in 1884. The new facility will be built on a parcel of land recently acquired on South Street that is well out of the river's flood plain. It will be a modern facility, energy and process efficient, and will have expandable capacity to serve the growing Southern Maine region.

Maine Water's capital investment plan for 2017 is more than what the company spent in 2016, when it invested $7.4 million to improve service, water quality and reliability across its 10 divisions in the state. That included almost $5 million in upgrading old water mains and other related infrastructure, some dating back to the late 1800s. Wallingford said the Maine chapter of the American Society of Civil Engineers recently issued its updated report on the condition of infrastructure across all sectors in Maine, giving a grade of C+ for the infrastructure of all of the water utilities, including municipal and privately owned, in Maine.

“That reflects the advanced age of water systems throughout the northeast United States. Good infrastructure supports our communities, so we are committed to making these investments,” Wallingford said. “We are adding construction jobs as our work is under way, and upgrading these public water systems to support the future needs of the communities, including pubic health, safety and economic development and the wise use of our natural water resources.”