Maine Water will build a new water treatment plant in Biddeford on the Saco River, replacing the existing plant that was first constructed over 130 years ago. 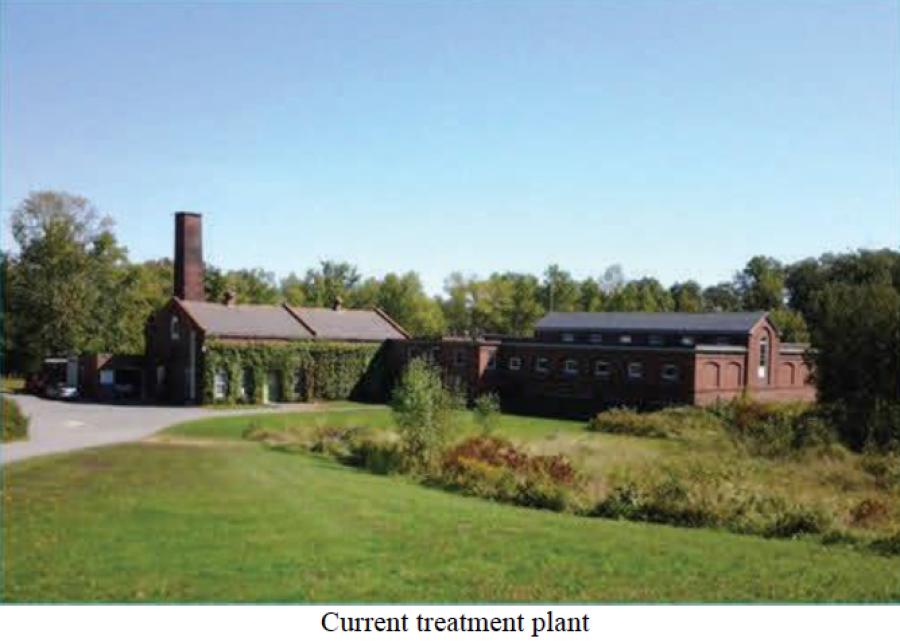 Maine Water will build a new water treatment plant in Biddeford on the Saco River, replacing the existing plant that was first constructed over 130 years ago.

The existing water treatment plant was built in 1884, with the last major upgrade done in 1936. The plant has served the four communities of Saco, Biddeford, Old Orchard Beach and Scarborough for over a century.

The current plant continues to produce water that meets all water quality standards, but a significant upgrade is long overdue. Of particular concern is that the plant is in the flood plain of the Saco River, and has been out of service due to significant flooding at least three times in its history.

These facts, along with an engineering assessment of the plant commissioned by Maine Water in 2014, are driving the decision that it is time to build a new plant.

“The engineering assessment concluded that it is expected to be about the same cost to build a new plant versus renovating the existing plant,” stated Judy Wallingford, Maine Water president. “With a new plant, we can bring new technology, more efficient processes and operations and have a state-of-the-art water treatment plant with an environmentally friendly footprint to reliably serve our customers for the next century. This is yet another example of the continuous need to assess and replace our aging infrastructure.”

The new plant is expected to be on line in 2020 with a capacity of 20 million gallons a day (MGD), versus the current plant with a 12 MGD capacity. It will be built well out of the flood plain, on a parcel of land recently purchased by Maine Water across South Street from the existing plant. With more than 2.2 billion gallons a day flowing by the plant each day, the Saco River will continue to be the source, since it has been identified as one of two significant sources of water that could serve the growing population of Southern Maine, even beyond the existing service area currently served.

“All of us in the state of Maine cherish the Saco River for its beauty, recreational opportunities, and as a clean source of drinking water,” Wallingford said. “We applaud the work of the Saco River Corridor Commission in its effort to maintain the high water quality. Our first priority in building a new plant is to serve our current customers, using the Saco River wisely and honoring its value in all respects to the area.”

The new plant will be designed to allow expansion of its capacity in the future should other water systems in Southern Maine wish to partner with Maine Water. Wallingford said that a regional approach could alleviate environmental pressure on other sources of water in Southern Maine and provide redundancy to existing supplies to enhance reliability and emergency response capabilities for the entire region.