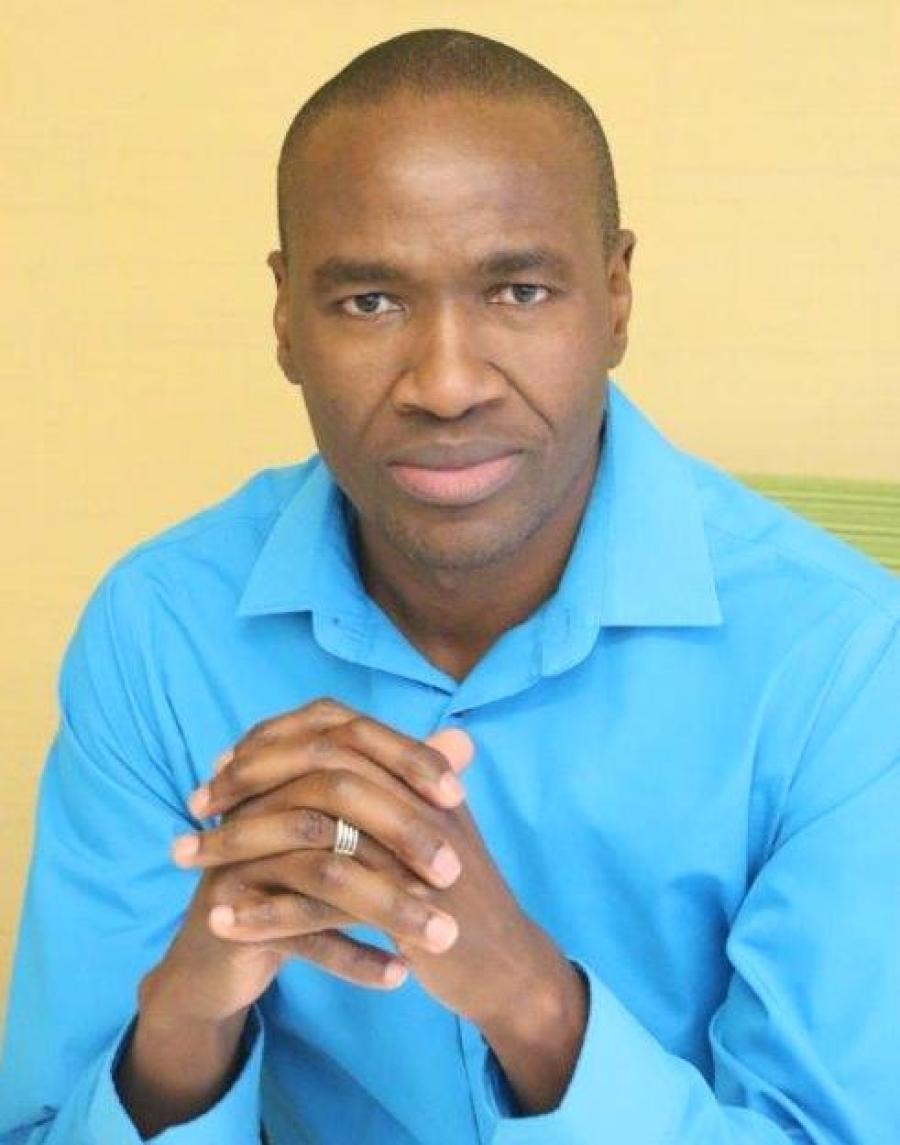 Productive mines are hard on machinery, which are constantly pummeled and stressed by the ore and overburden they process, hour after hour, day after day. The constant flow of rock through the machinery stresses high-tensile steel, induces friction in bearings, warps static components in smelting heat and otherwise tests the integrity of engineered equipment.

The fundamental challenge every mine manager accepts is to maintain essential machinery while minimally interrupting vital production. In rather spectacular fashion, Patrick Boitumelo proved up to the task. As general manager of engineering and projects at Rio Tinto Kennecott, Boitumelo headed up an unprecedented simultaneous shutdown of major processing units — concentrator, refinery and smelter — at the company's Bingham Canyon, Utah, mine.

The broad shutdown was accomplished in good order. More to the point, it succeeded without a single reportable incident in terms of safety and with far less expense and production loss than anticipated.

How did Boitumelo do it? By having leaders engage with maintenance shutdown teams around the clock, by fully partnering with contractors in safety protocols and enforcement and by daily compiling and analyzing “robust” safety data. The result: 260 maintenance projects were completed by the company over a period of more than 400,000 manhours, all without experiencing a recordable injury.

The Bingham Canyon mine not only is a gigantic hole stair-stepped into the ground three-quarters of a mile, it is part of a landmark operation. A pit was started in the canyon, which is across a valley from Salt Lake City, at the end of the 19th century after several decades of puttering by gold, lead, and silver miners. Kennecott became involved in the operation about a hundred years ago. When Rio Tinto absorbed Kennecott in 1989, the operation was modernized to the tune of $2 billion.

Some 25 percent of copper production in the United States comes from this mine. It has produced 20 million tons of the element to date, more than any other mine in the world, plus silver and molybdenum. Because the mine is a low-grade, if voluminous, deposit, a ton of ore contains just 13 lbs. of copper. This level of concentration means that a lot of processing is required to refine the raw ore into pure copper.

That translates into constant operation of processing machines, which are staged along a 24-mi.-long path that leads from the mine pit to a shipment facility. The processing centers are linked by, first, conveyors for the ore, then pipes for liquid concentrate and, finally, railcars for anodes. It is along this continuum that Boitumelo directed the overhaul of machinery in the concentrator, smelter and refinery centers.

Shutdown maintenance crews annually undertake major work on the concentrator and refinery equipment, but the smelter only receives such maintenance every two or three years. What was different this year at Bingham Canyon is that all three facilities were simultaneously shut down for maintenance.

“We said, let's combine these projects and do all the maintenance in a 25-day period,” Boitumelo said. “It made a lot of sense from an efficiency perspective and in reducing impact on production.”

It made sense, but it wasn't easy. Planning for the concentrator and refinery shutdown maintenance work consumed eight months. A full two years of planning preceded the day that power was shut off on the smelter. The “major” maintenance involved during a shutdown is far beyond routine check-ups. Boitumelo characterizes the difference in terms of car repair, “major” work being on the order of replacing pistons in an engine versus minor work that is akin to routinely changing an engine's oil.

The scope of management involved in the Bingham shutdown might be measured in people. Besides the normal complement of employees — 200 people work each shift just in the mine itself — the shutdown operation required an additional 1,700 laborers, technicians and supervisors. They were supplied by 74 contracting companies. Because many of the contract employees had little or no previous exposure to Rio Tinto's culture of safety, plenty of room existed for serious injury accidents as the work got up to speed. Yet none occurred.

This is why: Contractors — who were hired from all across the country as well as outside the United States — were required to have safety managers on their individual teams. Rio Tinto also hired third-party safety consultants to help ride herd on the massive around-the-clock effort. Atop this management pyramid was Boitumelo, who insisted upon active middle-management leadership on every shift every day. Managers had hands-on roles, rather than being assigned to keep an eye on things from the office.

“We had leaders on duty all the time,” Boitumelo said. “Every day. Across the shutdown. From a safety perspective, you can't put a dollar price on having that leadership there around the clock. It really impacted the operation and was major factor in our success.”

Another key component of the management plan was heavy reliance upon task boards, or lean management boards, to keep the work on course across shifts.

“We wanted to make sure that any issues that arose on a previous shift were passed on to members of an incoming shift, as well as word of any improvements made in an area,” Boitumelo said.

The lean boards tracked tasks needing to be done, in the process of being done, or completed. The boards helped managers see that tasks were not inadvertently dropped nor safety concerns passed along unaddressed. Key messages about what went well and what didn't were left for the next shift, targets of each shift were outlined, and actions were recommended to increase efficiency. The poetry of teamwork was on full display.

Helpful as it proved to be, this level of communication between shifts was not well-received at first, Boitumelo said. “We got a bit of pushback, because this was not the usual way of running meetings by contractors, nor was it expected.”

A week or two into the project, however, attitudes changed as the value of the system was recognized. That came after relentless coaching by supervisors and with the support of contractors in their pre-start-up meetings.

In the course of the month-long project, some 8,100 critical risk management verifications were recorded — 8,156, to be precise. That is a lot of second-guessing, double-checking and following up on safety concerns.

General managers and managers worked night shifts to ensure the safety effort didn't flag overnight. Leaders expert in one process or another of the mining operation were assigned to another area of the mine to bring fresh eyes to the assessment process — refinery managers helping with verifications at the smelter, for example.

“At nine o'clock in the morning, we would analyze everything from the previous day, and if something was noncompliant, that was the focus for the next day. We did that every single day,” he said.

The tension between production and maintenance, between the natural tendency to check off something as complete when it barely qualified as such instead of persevering toward a fuller resolution, was never addressed by compromising safety, Boitumelo said.

For instance, after shutting down one piece of equipment, teams found more damage than they thought they would find — and there went the schedule. Yet the undeniable need for additional time to fully repair the machine was evident, so the time was taken. No hesitation.

Most of the “surprises” the shutdown team encountered in their inspection of machinery were in the smelter, which in itself is not surprising. After all, copper concentrate is liquified in smelter furnaces at temperatures reaching 2,300 degrees Fahrenheit, a sure test of metallurgical and manufacturing breaking points.

“Smelters always need maintenance,” Boitumelo said, “and some of the smelter equipment hadn't been opened for two years.”

Yet, all in all, the equipment was found to be in good shape. The concentrator and refinery centers were re-started after a few days, but smelter production didn't return for 26 days.

By every post-shutdown measurement, the simultaneous ore-processing stoppage at Bingham Canyon was deemed to be a success. Even the bottom line testified to it. While $70 million had been budgeted for the shutdown, the final price tag was $58 million, including expenditure of extra time and materials for unanticipated repairs.

A big factor in the cost savings was the efficiency produced by thorough pre-planning, Boitumelo said, but a significant change in the bidding process contributed as well. Instead of estimating time and materials for all individual projects, lump sum bids were sought and evaluated for projects where there was particular potential to save money without compromising safety.

As a rule, bids were lower than previous estimates, yet bids weren't just weighed on price.

“One thing that I found interesting was that we didn't always accept the lower price,” Boitumelo says. “We changed expectations in the bidding process. We focused on overall value creation based on contractor cost, safety performance, and records of quality and schedule delivery.”

Boitumelo has an engineering degree from England's Leeds University and a masters degree in business leadership from the University of South Africa. Fresh from his success at Bingham Canyon, he has been appointed president and chief operating officer of Rio Tinto's Diavik Diamond Mine in Canada's Northwest Territory. He will oversee an expansion of production at the Diavik mine. Boitumelo started his new company assignment at the beginning of July.