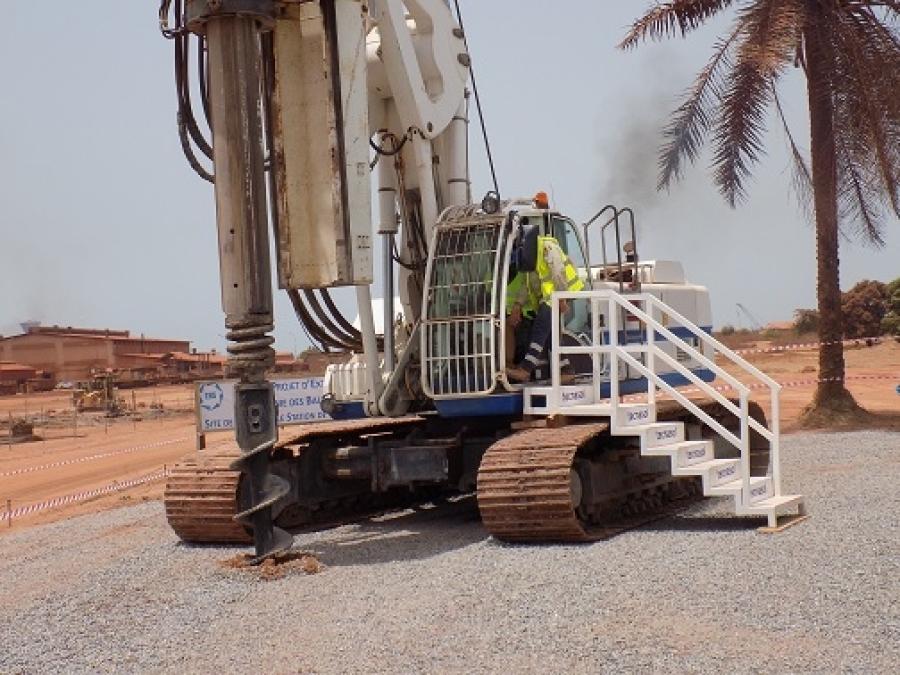 On March 31, 2017, the Compagnie des Bauxites de Guinée (CBG) conducted an opening ceremony for Phase 1 of the CBG Expansion Project in Kamsar, Guinea. The ceremony was attended by representatives from Alcoa, Rio Tinto, Dadco Investments, various government officials as well as Mr. Abdoulaye Magassouba, the Minister of Mines and Geology of the Republic of Guinea.

The Guinean government owns 49% of CBG, which is one of the largest bauxite producing companies in the world. In addition to the Government of Guinea, CBG is owned by the Halco Mining consortium, which includes Alcoa, Rio Tinto and Dadco Investments.

Min. Magassouba toured the project site and ceremoniously kicked off the drilling with a piling machine. Following Fluor's standard safety practices, Min. Magassouba participated in a safety briefing prior to beginning work and completed and signed a safety task analysis (STA).

“In touring the project site, Min. Magassouba complimented the team's strong safety culture,” said Sandeep Nibber, senior vice president and general manager for Fluor's global metals and fertilizers business. “Safety is one of Fluor's core values and we are pleased that everyone who comes to the site, whether for a day or for a year, recognizes the importance we place on safety and values the safety culture we have built here.”

This safety culture was demonstrated by Min. Magassouba reviewing and signing the STA developed by Fluor prior to operating the drilling rig during the opening ceremony.

To meet the global demand for bauxite, which is the principal ore in aluminum, CBG is expanding bauxite production from 14.5 million to 18.5 million tons per year in the first of a three-phase expansion. Fluor is serving as the engineering, procurement and construction management contractor for the project which includes an expansion of the mine infrastructure, rail system, port facility and processing plant infrastructure and utilities.

The engineering on the project is almost complete. Construction has started on the diaphragm wall pit that houses the new rail offloading and bauxite crushing facility for the expansion project. Approximately 1,500 constructions workers will be on site at peak, the majority of which will be local labor. Fluor has developed and implemented a specialized HSE program for this project, with a large training component.

The expansion is expected to complete in 2018.