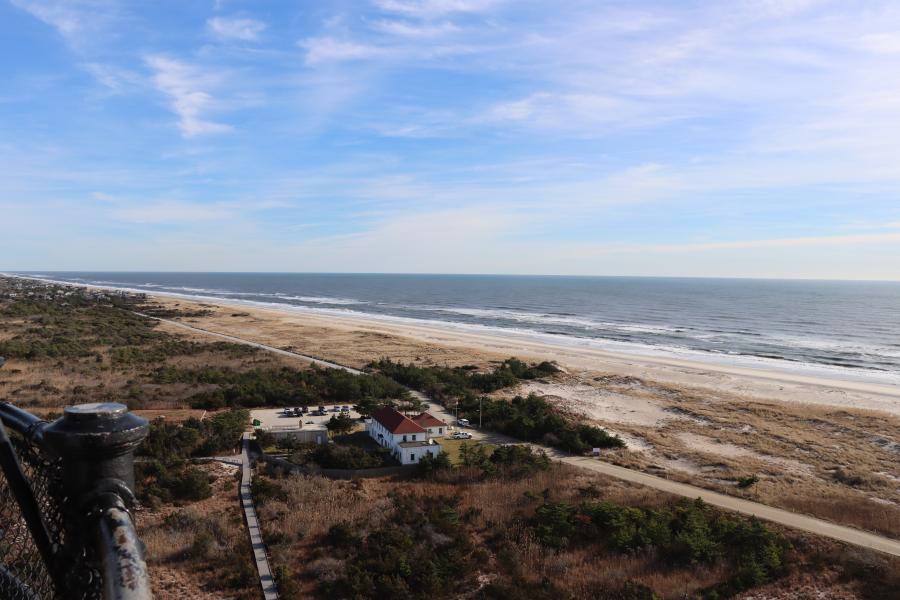 New York state officials, along with the U.S. Army Corps of Engineers (USACE) and project partners, gathered Dec. 17 at Fire Island Lighthouse to mark the start of construction works for a major coastal-storm risk-management effort.

The Fire Island to Montauk Point Project (FIMP) is budgeted at $1.7 billion and will include several features aimed at reducing flood risk for Long Islanders living and working along vulnerable areas of 83 mi. of coastline in Suffolk County.

Fire Island Association President Suzy Foldhirsch has been fighting for the project for years.

"It wasn't until [Superstorm] Sandy hit and there was so much devastation that the election officials went to Washington and said, 'We need to do something to protect the chain of barrier islands that protect the mainland of Long Island,'" Foldhirsch told News 12 New York.

As part of the work, the USACE is building dunes and dredging many of the inlets. There also is an active pump system that pulls sand from the bottom of the ocean and empties its contents onto the beach in an appropriate profile, which protects the shore from wave action or other incidents.

Another part of the project includes raising 4,400 homes in flood-prone areas, mostly in Mastic Beach. The Corps is currently surveying which homes will be incorporated into the process, after which it will approach homeowners. The agency cautions, though, that that will take time to complete.

Great Lakes Dredge and Dock Company was awarded a $47.5 million contract for the first portion of the Fire Island to Montauk Point operation back in August.

The project's first stage involves removing more than 1.5 million cu. yds. of sand from Fire Island Inlet and strategically placing it on updrift and downdrift beaches to reduce erosion and strengthen coastal resiliency, according to Dredging Today.

Approximately 802,000 cu. yds. of sand will be placed along Gilgo Beach and 716,000 at Robert Moses State Park, respectively. This contract also includes the construction of coastal process features in the state park designed to enhance piping plover habitats.

Projects on the East End include the shortening of 13 groins along the Westhampton shoreline, and the voluntary elevation of numerous homes in the floodplain, along with beach replenishment work just west of the Shinnecock Inlet, which was previously done on an emergency project in the winter of 2019-2020 after a series of weather systems caused the ocean to breach that barrier island.

Those earlier storms are among the latest examples of Long Island's historic pattern of severe weather that frequently batter the barrier islands and south shore mainland communities in Suffolk County, Dredging Today reported.

In fact, New York has been impacted by 84 tropical or subtropical storms since the 17th century. In addition to Superstorm Sandy in 2012 — a cyclone that eroded nearly 45 percent of beach sediment in some areas — the worst occurred during the 1930s, before hurricanes were given names.

Over the years, the New York District of the USACE has been restoring damaged areas of Suffolk County's coastlines. Most recently, from 2014 to 2019, the Fire Island Inlet to Moriches Inlet (FIMI) project provided an expedited approach to build a stabilization effort independent of FIMP.

In a one-time initial construction project to repair damages caused by Sandy, seven million cu. yds. of sand were placed on the shoreline, and several miles of protective dunes were built, noted Dredging Today.

Once again, the USACE's New York District will lead construction efforts in concert with the New York State Department of Environmental Conservation (NYSDEC), the non-federal sponsor, in cooperation with Suffolk County, the towns of Babylon, Islip, Brookhaven, Southampton and Easthampton.

The Army Corps also will work closely with the National Park Service (NPS), Fire Island National Seashore (FIIS) and the U.S. Fish and Wildlife Service (USFWS). Each are important partners ensuring protection of endangered species and environmental sensitivity along the Atlantic Ocean shoreline, the USACE noted.

"Today is a great day for Long Islanders who have been waiting many years for a project of this magnitude to reduce flood risk to their property and communities," said USACE New York District Commander, Col. Matthew Luzzatto during. "This project represents another step in the process of increasing coastal resiliency throughout our area of responsibility, as we've done in multiple communities such as Coney Island, Long Beach, Fire Island to Montauk Inlet, and East Rockaway, where work is currently ongoing."

The work is 100 percent federally funded under Public Law 113-2 of the Emergency Supplemental Bill passed not long after Superstorm Sandy hit Long Island more than nine years ago.

"The long and winding road to realize the massive and impactful Fire Island to Montauk Point project took decades to travel and ends here with many miles of fortified dunes and berms, beach renourishment, back bay protections and funds to raise thousands of homes," said New York Sen. Charles Schumer. 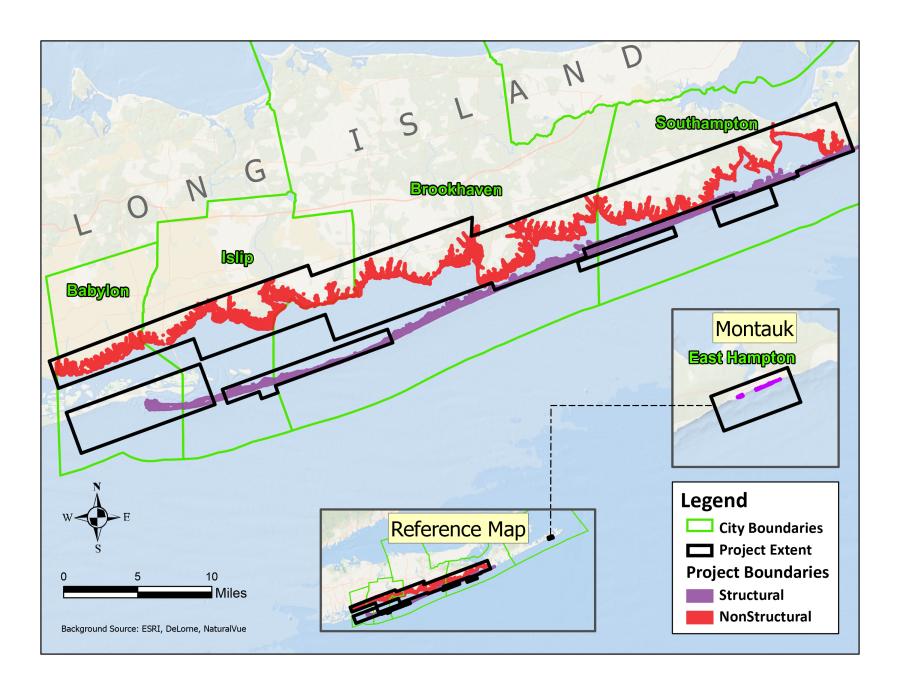