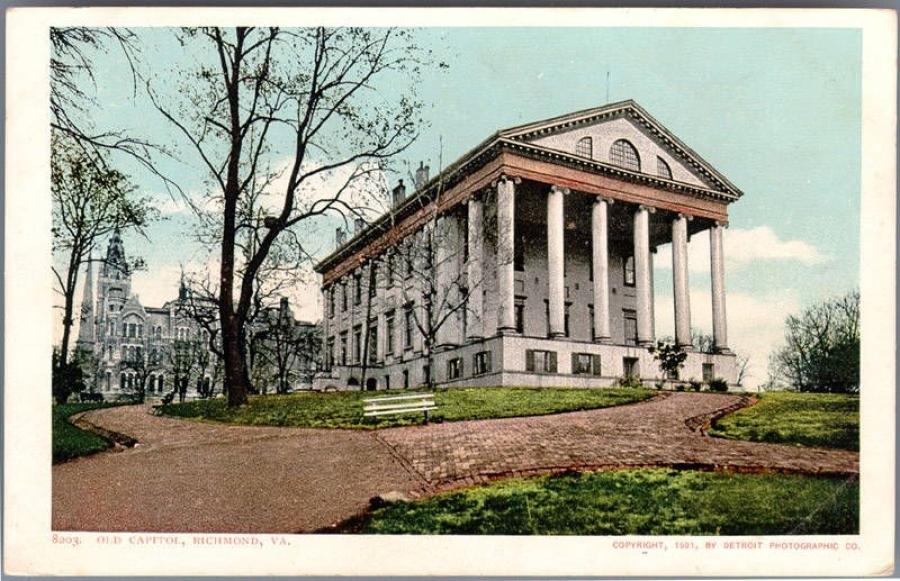 The visitor center at the Virginia Capitol building in Richmond will be closed for most of the rest of 2022 as the state continues building an underground tunnel and advances its waterproofing work at the Thomas Jefferson-designed structure.

The Virginia Department of General Services (DGS), along with the Clerks of the House of Delegates and Senate of Virginia, announced in April that the closure would begin May 2 for the latest phase of the renovation, which is expected to last through December.

Simultaneously, DGS also is working on the excavation and construction of another new tunnel between the new General Assembly Building (GAB) and the Capitol's subterranean visitor center, which opened in 2007.

The GAB is currently undergoing construction on the nearby northwestern corner of Capitol Square. Although it is expected to open later this year, according to DGS, the tunnel to the Capitol will not be finished until 2023.

The two tunnels will eventually meet in the middle to complete the $25 million project, reported Virginia Mercury.

During the renovation, the Capitol building will remain open to the public, but the closure will affect the Capitol complex's Meriwether Café, gift shop, exhibit area, press room and two meeting rooms.

"These are complex projects that incorporate renovation, the repair of existing infrastructure and new construction, and require the coordination of various design and construction teams as we make improvements to Virginia's historic Capitol," DGS Director Joe Damico explained in the April 25 press release. "Closing the Capitol's underground extension is critical to ensure everyone's safety as we complete these important projects."

Project to Limit Impact on Visitors

Virginia Mercury reported that the state General Assembly authorized $4.1 million for waterproofing renovations in the 2021 budget.

It is part of the second phase in a larger project to rectify the building's water infiltration issues. The first phase, finished in 2021, replaced the former skylight at the Capitol portico plaza with a new granite compass rose inset and a new lighting fixture inside the visitor center.

The second phase will include temporarily removing the steps to the historic south portico and many of the pavers on the plaza below to replace the roofing and ceiling in those areas, DGS noted in its press release, adding that the steps and pavers will be stored on site until they are returned.

DGS added that visitors to the Capitol must use the building's west entrance during the closure. New fencing will go up May 9, state officials said, blocking the east side of the Capitol and the Bank Street visitor entrance.

"We've tried to minimize any impact to visitors at the Capitol and Capitol Square," said Dena Potter, director of communications of DGS. "The Capitol tours accommodate so many school groups and tour groups [during] the school year and throughout the year, particularly in the summer."

Virginia's Capitol Building design was conceived by Jefferson, the Virginia native, inventor and third American president. He based the look of the building on a 2,000-year-old Roman temple in southern France. Construction began in 1785 and was completed in 1788.

The current Capitol is not the original building, however. In fact, it is the eighth one to serve as Virginia's statehouse, primarily due to fires during the colonial period. Today's Capitol was rebuilt after a deadly 1870 structural collapse, and in the early 20th century, two wings were added to the structure, leading to its present appearance.

In 1960, it was named a National Historic Landmark.