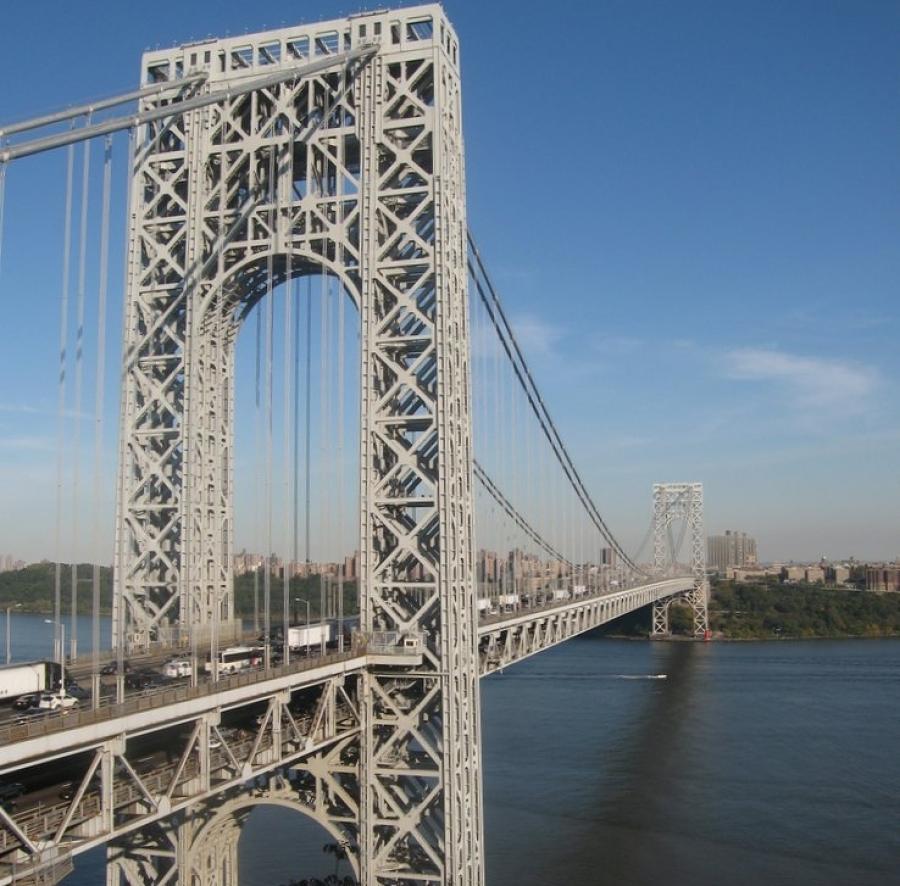 Image courtesy of John O'Connell. The 11 projects are part of the Port Authority of New York and New Jersey's nearly $2 billion "Restore the George" program that repair and rebuild key components of the bridge and its approach roads.

The website NJ.com is reporting that Major renovations on the 85-year-old George Washington Bridge over the coming decade will keep the iconic span alive into the next century, and officials say they're planning an intricate construction schedule to spare rush hour drivers from delays.

The 11 projects are part of the Port Authority of New York and New Jersey's nearly $2 billion "Restore the George" program that repair and rebuild key components of the bridge and its approach roads.

"We want this to last for another 80-90 years," said engineer Robert Carleton, senior program manager.

The GWB is the nation's busiest crossing, moving about 300,000 vehicles daily. So protecting rush hour traffic from construction delays is a top priority, said Cedric Fulton, director of bridges, tunnels and terminals.

Some of the projects, announced in prior years, have been bundled into the Restore the George plan.

"We're balancing the reality of having a huge amount of capital projects and making sure we protect the rush hour," he said. "We focus on construction during the overnight, (primarily) from 11 p.m. to 5 a.m., only 7 percent of our traffic moves during that time."

The reality is that some work could creep close to the end of the rush, when the decision is made to start construction at 10 p.m. In the worst case, construction could begin at 9 p.m. if the schedule warrants, Fulton said.

Other options are closing lanes on weekends for 10 to 14 hours overnight. Typically, the authority has 17 "extended" 14-hour weekend closures each year, but Restore the George projects will require 50, Fulton said.