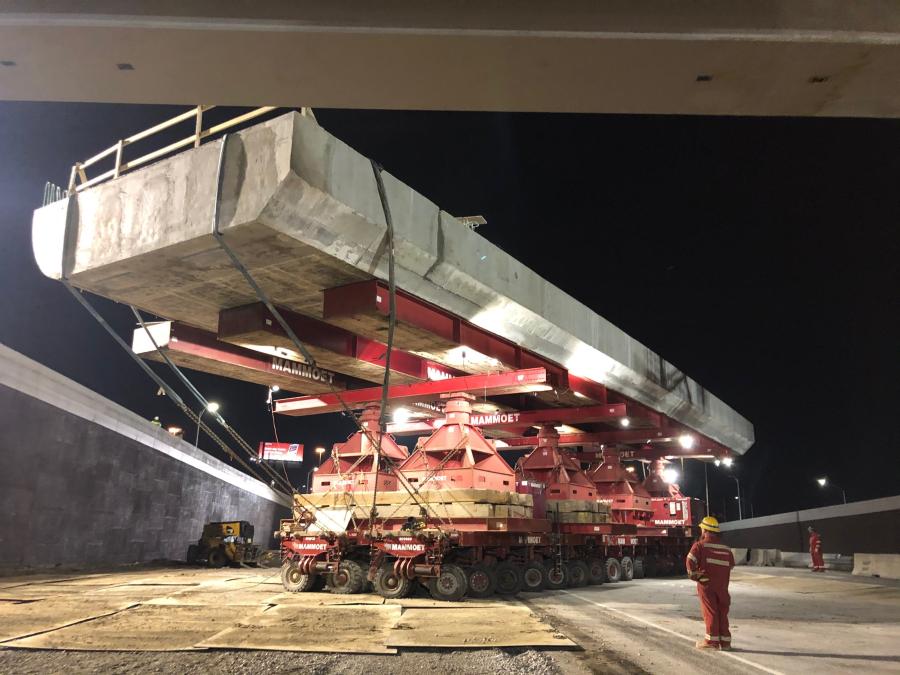 Mammoet's crew successfully set four precast box-girder bridge units into place as part of the construction of the "Signature Bridge" in Irving, Texas, for the Texas Department of Transportation and its general contractor Webber LLC.

Once complete, the bridge will stretch 500 ftl. (152 m) long over State Highway 114 and will connect the former Texas Stadium site to a planned mixed-use development, which is set to include a new Dallas Area Rapid Transit light rail station.

The original plan was to utilize jacking and skidding equipment so the bridge could be built on top of the existing bridge and skidded over to its new foundation. Upon review of engineering, Mammoet devised a specialized solution for the units to be built directly on the ground in an off-site location, after which each unit would be picked up and self-loaded using SPMTs (this method is known as the Accelerated Bridge Construction or ABC method).

The ABC method avoided the need for work to be done at height, eliminating many safety concerns, and allowing for quicker loading time than originally anticipated, ultimately eliminating the need for two overnight shifts of previously planned work.

In order to execute as planned, a trench was dug underneath each 120 ft. (37 m) long section to allow for installation of a beam under each end of the bridge unit. The sections were then lifted using a 700 ton (635 t) capacity gantry system and once elevated, Mammoet's crew drove SPMTs underneath to load each piece before carefully delivering to the abutments. 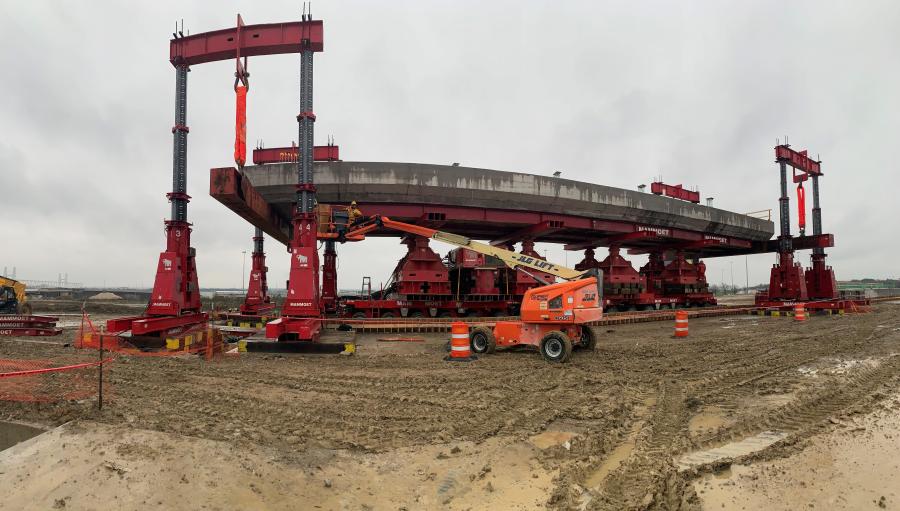 The sections were lifted using a gantry system and once elevated, SPMTs were driven underneath to load each piece

The route from construction site to final setting location provided some challenges for the team, including steep grades and tight spaces to negotiate. Thorough coordination with Webber LLC and careful engineering ensured that the team was able to successfully set all four bridge units in the allotted traffic outage period. Since the start of the project in 2017, there have been over 170,000 hours with zero recordable incidents.

Mammoet has extensive experience in executing bridge replacement projects around the globe, including an upgrade to the Shaler Street Bridge in Pennsylvania, and the recent installation of a pedestrian bridge at the Seattle-Tacoma airport. 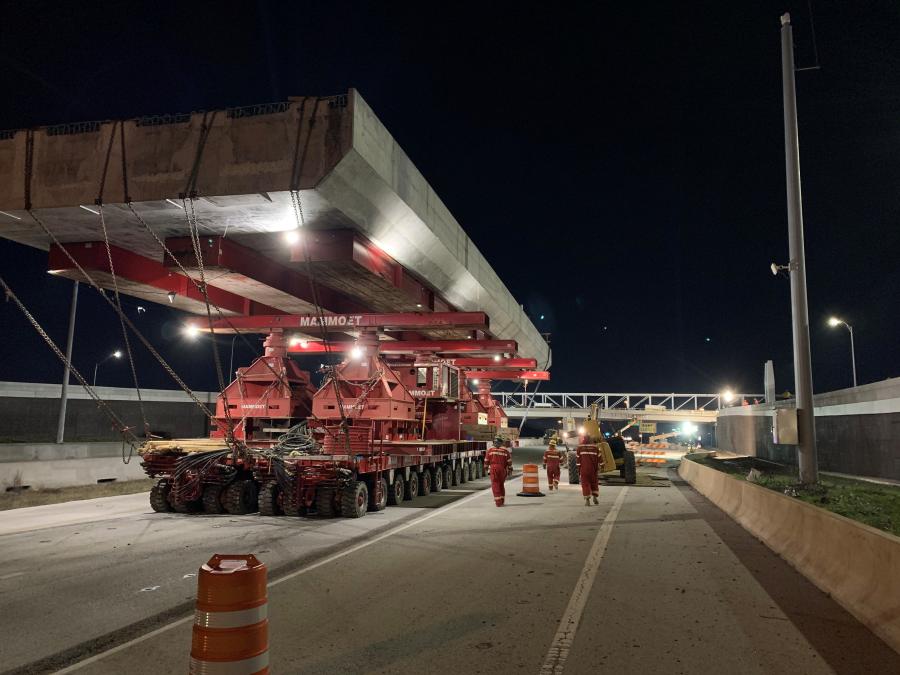 The bridge spans were set on SPMTs and driven to their final installation location.