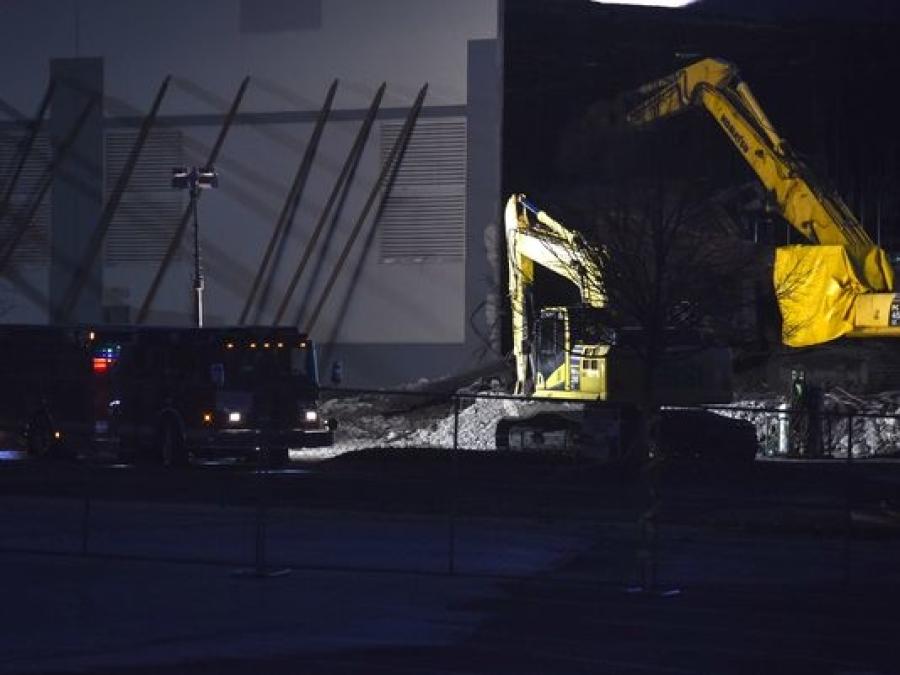 Heavy equipment is seen outside of the Gap Inc. distribution center in Fishkill on Saturday, Dec. 10, 2016. (Poughkeepsie Journal photo)

John Parisella said his late twin brother was a “good guy” and a family man, one who will be sorely missed by his wife, three children, five grandchildren and all of his friends in his hometown of Millbrook.

New York State Police confirmed his identity Sunday following notification of his next of kin.

He had been employed by the Environmental Remediation Services Inc. of Syracuse, which was subcontracted by Clayco Contractors of Chicago in November for its demolition and rebuild work at the Gap site. Building 100, a 1.3 million-square-foot facility, had been destroyed in an Aug. 29 fire.

Operating a Komatsu excavator, James Parisella was killed after a piece of steel beam and tin pierced the cab, according to state police.

He was pronounced dead at the scene.

Gap spokesperson Debbie Felix said in a statement that the company was “truly saddened to learn about the tragic loss.”

“We want to extend our deepest sympathies to the individual's family, friends and fellow crew members,” she said.

John Parisella, of Schenectady, said his brother was going to be missed all over the country Sunday, as his job as a demolition program manager could take him anywhere.

“Wherever he worked, there are people that know and love him,” he said.

The Millbrook native may have had two homes in Florida, but John Parisella said he had worked on controlled demolitions on high rises in Las Vegas, the Kingdome in Seattle, office buildings in Stamford, Connecticut and oil rigs in Texas.

His unseen hard work is in many popular YouTube videos, he said.

He chose Florida as a home in part because of his love of the ocean, and he and his wife were “expert sailors,” John Parisella said. While in Texas in October, he said they headed back during Hurricane Matthew to tend to their houses.

But his love ran deep for Millbrook, where he attended St. Joseph School with his four siblings and his grandfather owned Parisella's Flowers.

Many residents and former residents of the town would likely have a heavy heart Sunday, John Parisella said.

“We have a lot of friends down there from the time we were kids,” he said. “He is going to be really missed.”

As of Sunday night, he said he had received no further details about the cause of the accident, outside of what state police have provided to the public.

Occupational Safety and Health Administration was investigating the incident Sunday following notification by Gap and the contractor, according to state police spokeswoman Melissa McMorris.