The victim had been waiting for a walk signal at an intersection when a wooden plank came loose from a nearby safety panel. 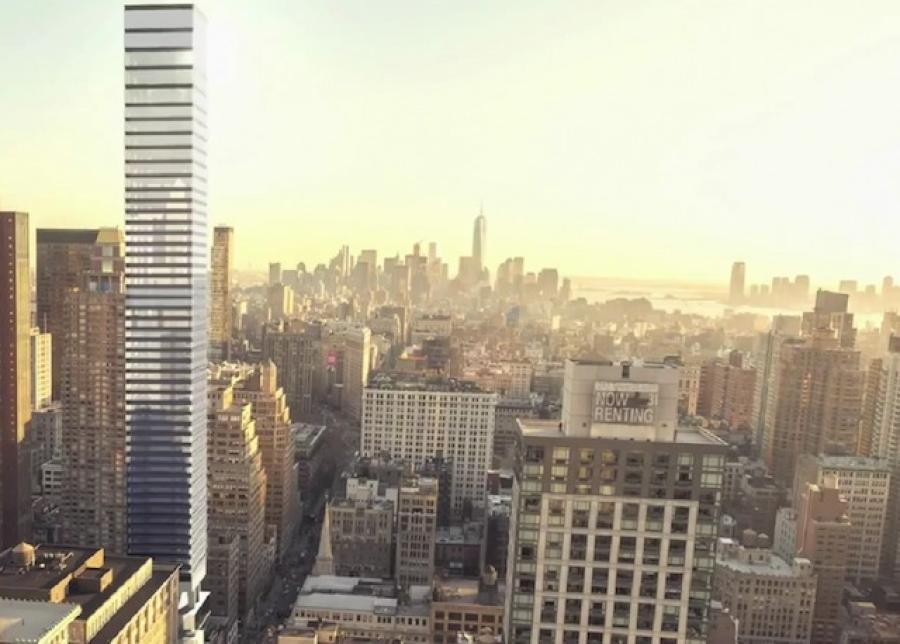 The website Gothamist is reporting that a man was seriously injured yesterday when he was struck in the head by falling construction debris in Midtown. The unnamed man had been waiting for a walk signal while heading northbound on Fifth Avenue near 30th Street when a wooden plank came loose from a nearby safety panel and fell onto him, the Daily News reports. A Fire Department spokesperson confirmed that the man was rushed to Bellevue Hospital in serious condition just before 4 p.m. Wednesday.

"I saw a man laying upside down and he was bleeding very bad from the head," Anwal Schenwarie, 62, a street vendor who had been working nearby, told the tabloid. "He wasn't moving. But there was a lot of blood. His hands were full of blood, too. Blood was all over the floor. I think he was in bad shape." Witnesses told the tabloids the man was in his sixties or seventies.

Witnesses to the terrifying accident told the Post that two women rushed to help the man, while another onlooker stood in the street, directing traffic around him before help arrived. In February, a construction worker was seriously injured by falling from a Midtown building. In 2014, a man was "nearly decapitated" by debris falling from the Times Square M&M's World store.

The construction site has been given a partial stop work order from the Department of Buildings following yesterday's incident. It notes that a fence piece was taken by the wind and hit the pedestrian in the head.

The debris that struck the pedestrian yesterday was part of a wall around a construction site for a new 52-story condo building coming to 281 Fifth Avenue. New York YIMBY notes that the building will top out at 705 feet tall and include a spa, library, fitness center, and street level retail space. CBS reports the section that fell onto the man was a green painted "Post No Bills" wooden wall.