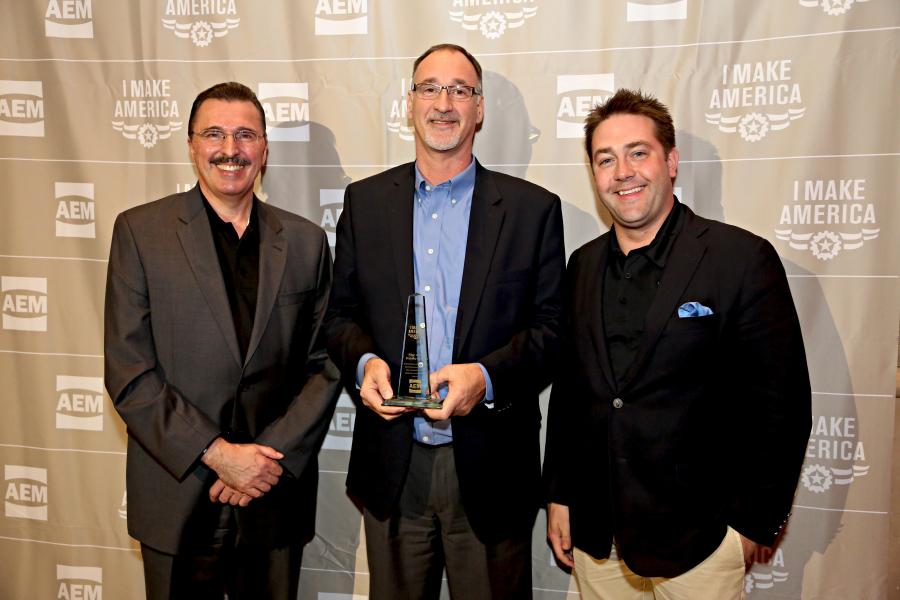 The Association of Equipment Manufacturers (AEM) honored Manitou Americas Inc. with its “Pillar of the Industry” award, reflecting Manitou Americas work to improve the business environment for the equipment manufacturing industry during this election year.

Manitou Americas Inc. has been recognized at AEM's annual conference, held Nov. 16 to 18 in California, for its efforts this year to advocate for pro-manufacturing solutions to elected leaders and voters and for its participation in AEM's “I Make America” grassroots program.

“AEM is proud to recognize Manitou Americas for its efforts this year to champion equipment manufacturing issues during a contentious election season,” said AEM President Dennis Slater. “The Pillar of the Industry Award is a fitting way to honor Manitou Americas for serving as a foundation of our industry.”

To be eligible for AEM's Pillar of the Industry award, a member company must meet a series of qualifications that capture the many ways in which manufacturers can advocate for industry issues. Pillar award winners, for instance, may have hosted an elected official at their facility, written an op-ed on manufacturing issues for their local newspaper, or host an “I Make America” event at their facility (among other criteria).

“We are very proud to receive the AEM Pillar Award for 2016 and to be a part of the advocacy to support and improve American manufacturing policies, in an effort to create and keep more jobs in the United States,” said Dan Miller, CEO Manitou Americas and President, CEP Division. “It is important to our customers and our employees that we stay informed on the agriculture and construction industry policies, to support issues for continual growth in our industry for the future.”

AEM formally honored the winners of the “Pillar of the Industry” awards at its annual conference in Santa Barbara, Calif. The awards coincide with the fifth anniversary for AEM's successful “I Make America” campaign, AEM's principal grassroots advocacy program which engages AEM member companies and their employees to become champions for the industry on manufacturing issues.

AEMPillar of the Industry Award

AEM Pillar of the Industry Award