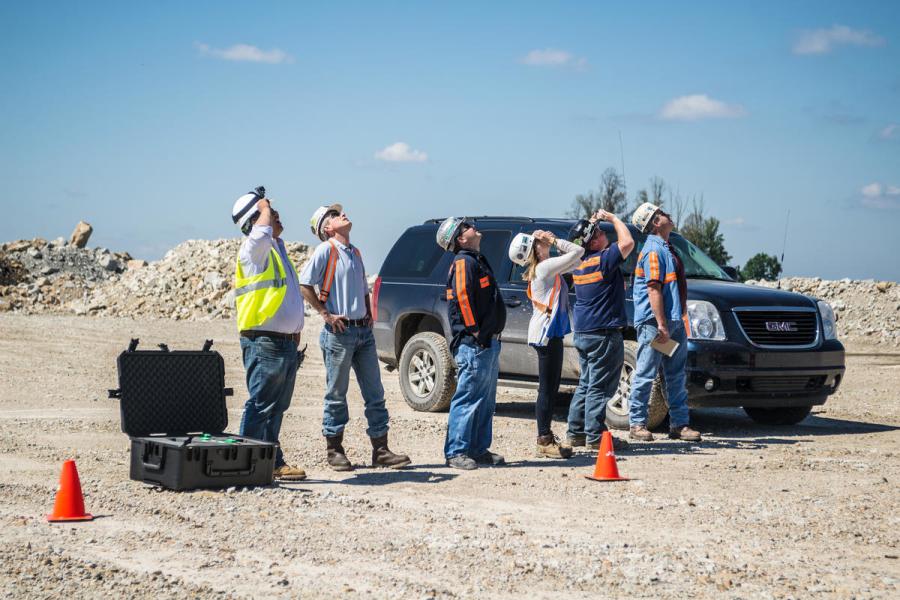 The logo may look like a drone, and the drone might get all the attention on the job site, but the leadership of Identified Technologies Corporation in Larimer says drones are not the focus of their growing company.

“We do use them as a tool as part of this work flow, but the drone has become the least interesting and least special part of the work flow,” said Dick Zhang, the company's CEO and founder.

They use commercially available drones and cameras to create two and three-dimensional models of construction sites to help monitor progress.

“Data capture for a lot of these companies to date has been a very, very manual tedious and expensive process,” Zhang said.

Once work begins on a large construction site such as a highway or an industrial complex, surveyors are usually called in weekly to monitor progress. The survey alone could take two or more days, then another two or three for processing data.

Instead, Identified Technologies flies a drone over a construction site in a lawnmower pattern taking hundreds of pictures. After the flight, those pictures are downloaded into the company's system; a few hours later, the user gets a report filled with maps and other data.

The maps created by Identified Technologies contain a data point every square inch.

“If we were to do this with some other traditional method, you would be lucky if you got a data point every 30 or 40 feet,” Zhang said.

The company produces traditional looking maps with contour lines and more unusual maps that use color overlays to show changes in elevation as earth is moved from one area to another.

Drones are the new frontier in surveying

“As we get more individual subcontractors working within these large sites, there's a need to monitor their progress throughout that construction,” he said.

Patrick Sullivan, the principal of Civil & Environmental Consultants Inc. in Pittsburgh, sees the value of using drones in hard to reach locations or places where it might not be safe to send a human with surveying tools. However, he still likes to have land surveyors on sight at key times, such as when stakes need to be set to guide a contractor or when a spot check is needed.

Identified Technologies announced this week a large contract to monitor well site construction for Keystone Consultants. Keystone thinks it will be able to increase worker productivity on the site by three to five times.

“They had a model that we thought really got you to market a lot quicker,” said David Stewart, the vice president of Keystone Consultants.

Zhang says his company will continue to develop service and hopes to roll out additional products soon.