Construction is under way to replace three bridges at the Sparrows Point Boulevard and Wharf Road interchange in Baltimore County, Md.

The corridor provides employee and freight access to Tradepoint Atlantic, the former site of Bethlehem Steel, which is now home to distribution centers for Amazon, FedEx, Under Armour, and soon, McCormick and Company.

The state's contractor for the project, Six-M Company Inc., a heavy construction firm based in Delta, Pa., is replacing each of the interchange's three structures in stages: The Northern Bridge (carrying traffic along Wharf Road over Warehouse Road and Railroad Line); the Middle Bridge (Wharf Road South's left turn ramp to MD Highway 151 South); and the Southern Bridge (Sparrows Point Boulevard) over Wharf Road and Railroad Line.

The bridges are currently safe for travel, according to the Maryland Department of Transportation's State Highway Administration (MDOT SHA), although its inspectors have rated all three structures to be in fair or poor condition and in need of repair or replacement.

Originally built by Bethlehem Steel in the 1950s, the trio of bridges are said to be too low to accommodate modern freight transport.

Building new bridges not only improves the safety of motorists but also will support the future development anticipated for the Tradepoint Atlantic facility and surrounding businesses.

"The redevelopment of Sparrows Point has been a major focus to create jobs and maintain Maryland's position as an economic leader," said Gov. Larry Hogan. "As the state continues to fight COVID-19, this project will not only benefit companies that deliver essential goods, but also enhance Marylanders' access to hundreds of jobs."

The new steel girder bridges will be supported by reinforced concrete substructure units with driven H-pile foundations. Traffic will be maintained throughout the interchange utilizing a combination of staged construction techniques and detours.

Six-M also will be responsible for the removal of the existing steel beam bridges, reconstruction of approach roadways and embankments (portions of which will be replaced with lightweight fill material), the installation of approach guardrail, sidewalks, signing and pavement markings, drainage structures and grass swales.

Each of the three new bridges will be about the same width and length as the existing structures. Upgrades such as bicycle-compatible shoulders on the bridges, and a new sidewalk on Sparrows Point Boulevard and Wharf Road crossing the new spans, also will be installed. The bridges are designed to improve long-term maintenance and will provide improved structural integrity and reliability, the MDOT SHA said, which will improve the existing highway lighting and signing at the interchange as well.

Expected to be complete by fall 2023, the project is estimated to cost $29 million. 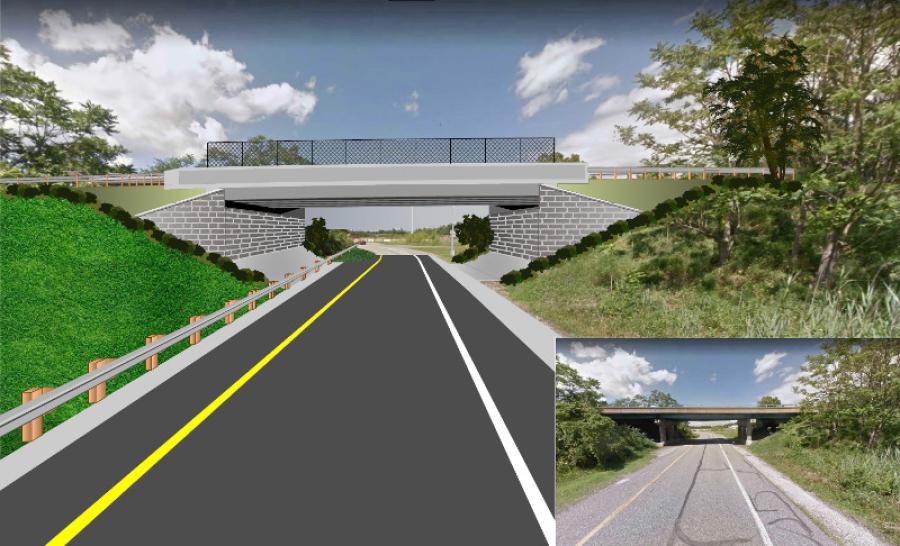 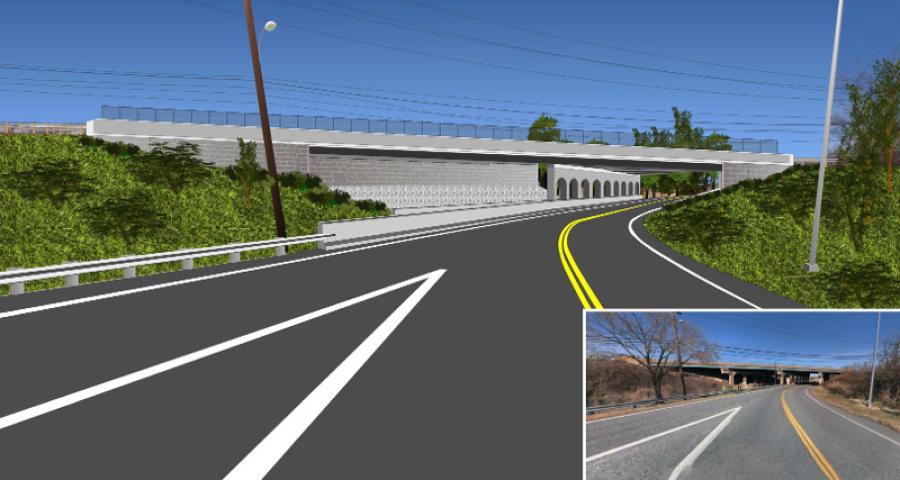