For a project like this, the increase was expected, according to board member, athletic supporter and retired builder Barry Grossett. 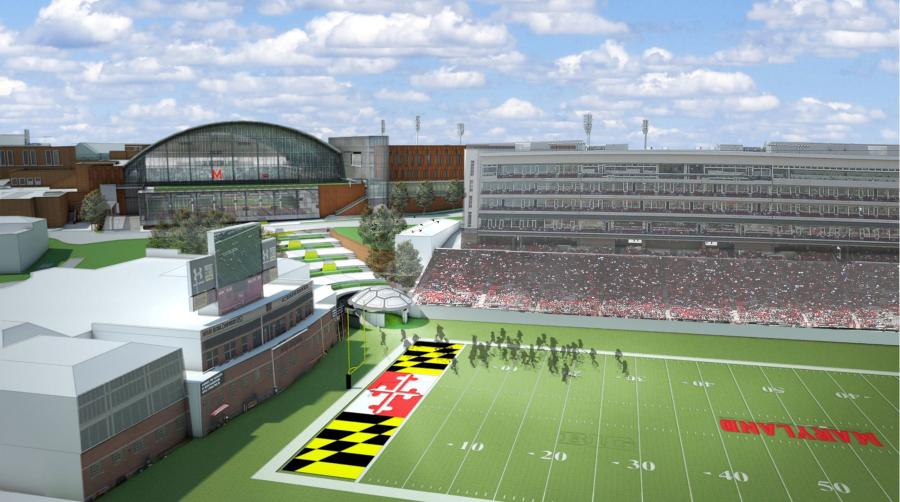 The cost of the University of Maryland's $155 million Cole Field House construction project has now jumped to $196 million.

The cost of the University of Maryland's $155 million Cole Field House construction project has now jumped to $196 million.

The budget increase was "quietly approved in June" by the University's Board of Regents, 247 Sports reported. But for a project like this, the increase was expected, according to board member, athletic supporter and retired builder Barry Grossett.

"Like anything, the first number was based on best guesses or best estimates at that time of what the scope of the project would be, which goes back maybe a year and a half, maybe, two years," Grossett said. "You draw it on the back of the envelope and say, 'This is what we want and then you go to a conceptual drawing and then you probably can find the price a little bit better. When the concept is done, and you go to the architectural and bid drawings. That's when you get the real numbers. It has 'project scope creep,' I call it."

The University's athletic department will contribute $19 million to the $41 million difference through "Big Ten and athletic department revenue," according to a report by the Baltimore Sun. The funds will be allocated for Phase II of the project, as Phase I, the conversion of the field house's basketball court into an indoor football practice field, was completed earlier this summer.

The rest of the construction project will focus on the University's academic and sports science programs, including the Academy for Innovation and Leadership, the Center for Sports Medicine, Health and Human Performance and an orthopedic clinic.

The University has raised a total of $97 million to fund the project, with $57 from private funding, including a $25 million donation from Kevin Plank, founder of Under Armour, and $40 million from the state of Maryland, 247 Sports reported.