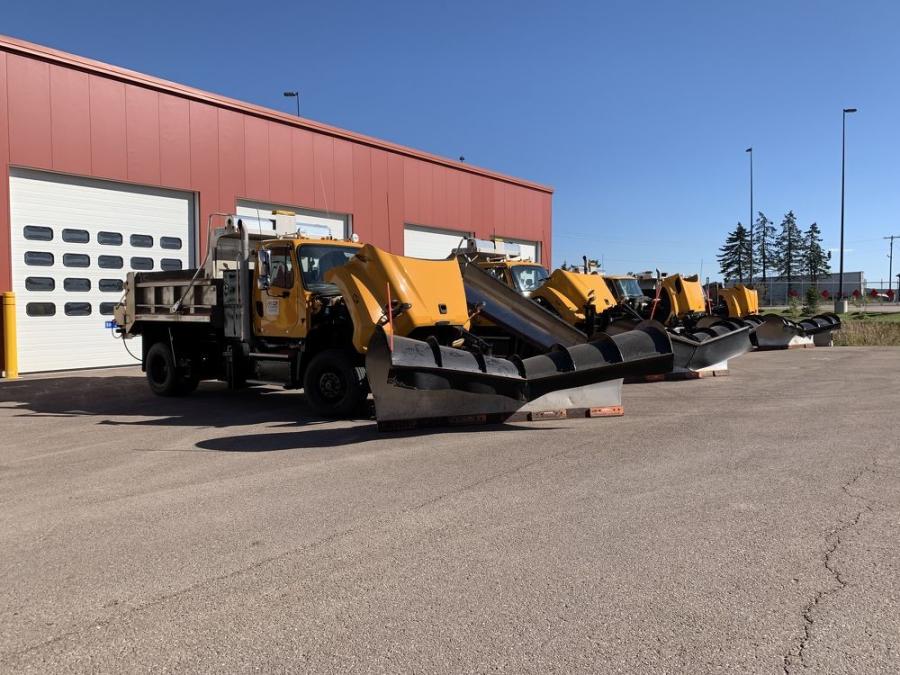 A row of Freightliner single-axle dump trucks with right side wings.

The Maryland Snow Show was held recently at the Keyser's Ridge, Md., garage of the Maryland Department of Transportation State Highway Administration (MDOT SHA). Keyser's Ridge is in Garrett County, which is one of three counties in District 6. The others are Allegany and Washington. 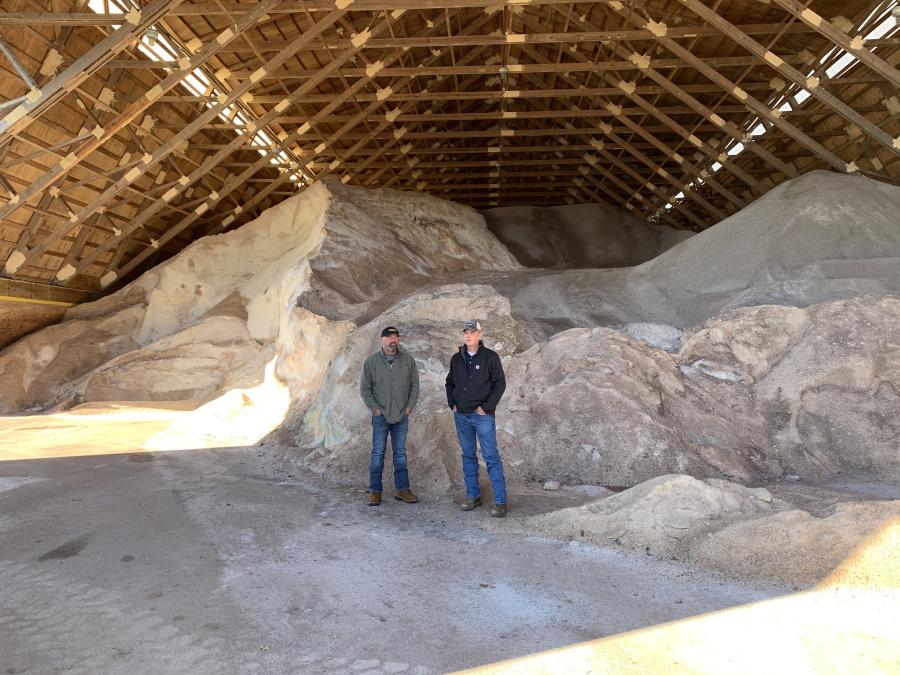 "We've all learned to expect the worst and hope for the best," Walker said about the weather outlook. He wasn't ready to make any predictions, saying, "I'm the guy who will tell you how winter was in April."

Salt brine, rock salt and anti-skid are used to treat the roads in District 6. Walker reported that Garrett County is at capacity for salt, with more on hand this year than the amount used last year.

"We as a district house more salt than in the other districts because of the amount of snow that we get," he said.

In fact, the county often supplies other districts when they run short on salt or if there is a supply issue. As the salt is used, it is resupplied so the barn will never be empty. Currently, the salt comes from the Port of Baltimore.

Martin said he is not worried about supply issues, since the salt dome currently has enough salt to for the season even if more cannot be delivered.

The snow removal equipment list includes a variety of dump trucks, loaders, blowers, graders and two Oshkosh snow removal machines. In addition, there are two tow plows in the state, located in Garrett County and in Howard County.

According to MDOT, the tow plow is a steerable, trailer-mounted plow that is pulled behind a tandem axle snowplow truck and can swing out to one side, doubling the plow width of a tandem-axle snowplow truck. It is equipped with a snowplow and either a granular spreader for salt or a tank for dispensing salt brine over snow and ice. It does not have a motor and is attached behind and to the side of a standard plow truck.

The tow plow improves efficiency by replacing a truck that would normally be in the plow train formation. It does not use fuel so there are no vehicle emissions.

Walker said that for winter, the crew includes a group of hired contractors.

"They supplement us," he said. "If we didn't have our contract employees, we couldn't do what we do. We just don't have the availability or the manpower to do it to be able to run 24 hours a day."

In addition, seasonal temporary employees are hired in the winter to help out.

"This year, we did not get what we expected," Walker said. "We're going to be about half-staffed this year with our state temporary winter seasonal employees. We were disappointed in that. However, we will utilize our hired contractors to supplement that."

According to Walker, MDOT has a redeployment policy where crews can go help in other areas when needed. During significant snowstorms, crews can take care of their designated area and then take fully operational crews with operators and equipment to areas that need help.

One of the snow removal strategies implemented several years ago involves plow trains.

"You get more bang for your buck and you get the road cleaner if you have your trucks running in line with each other," Walker said. "You go through, you make one pass, you come back through. If you do not do that, then you run the risk of one truck plowing and treating and then another truck 10 minutes behind it plowing and treating the same area."

"These guys that are driving plows, you can't imagine all of the things they're balancing," Shelley Miller, District 6 community liaison, said. "They're looking for kids running in the road with their sleds, they're looking for vehicles sliding out of driveways, animals that might be crossing the road, other cars in other lanes that might not be under control or moving too quickly, mailboxes, snow fences ... They've got all that to do and then manage the inside of their truck, where they're trying to put out salt and use the plow and then to have to be concerned that there's somebody right up on the back of them."

Automated technology has been added to upgrade the fleet over the past three years. 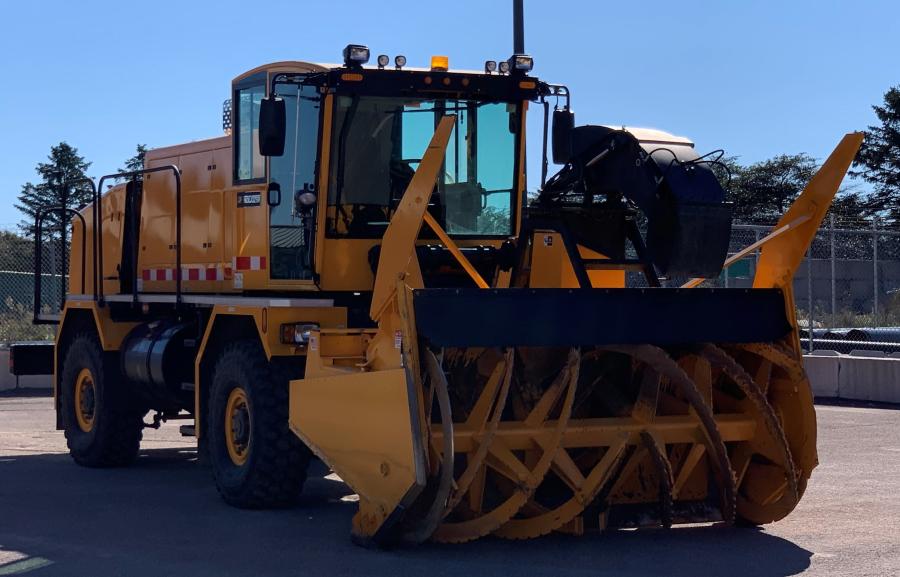 "We've taken the manual aspect out of it with the way our trucks work," Martin said. "Everything is automated. The operator still has to monitor it, but it's automated."

This includes measuring the output of salt and brine and monitoring road and air temperatures. Some trucks also have cameras to assist with maneuvering the tow plow. Information collected can be used to determine if roadways need to be treated and what they should be treated with.

Maryland's overall budget for winter operations in 2020-21 was $71 million.

At the start of the 2020-21 winter season throughout the state of Maryland, rock salt at 93 salt facilities totaled 387,000 tons salt brine at 77 sites totaled 1.7 million gal., abrasives including sand and crushed stone totaled 40,000 tons and magnesium chloride at 16 sites totaled 100,000 gal.

Rock Salt is the principal winter material used by MDOT SHA. It is 100 percent effective at pavement temperatures of 20 F and above but starts to lose its melting properties once below this threshold. CEG