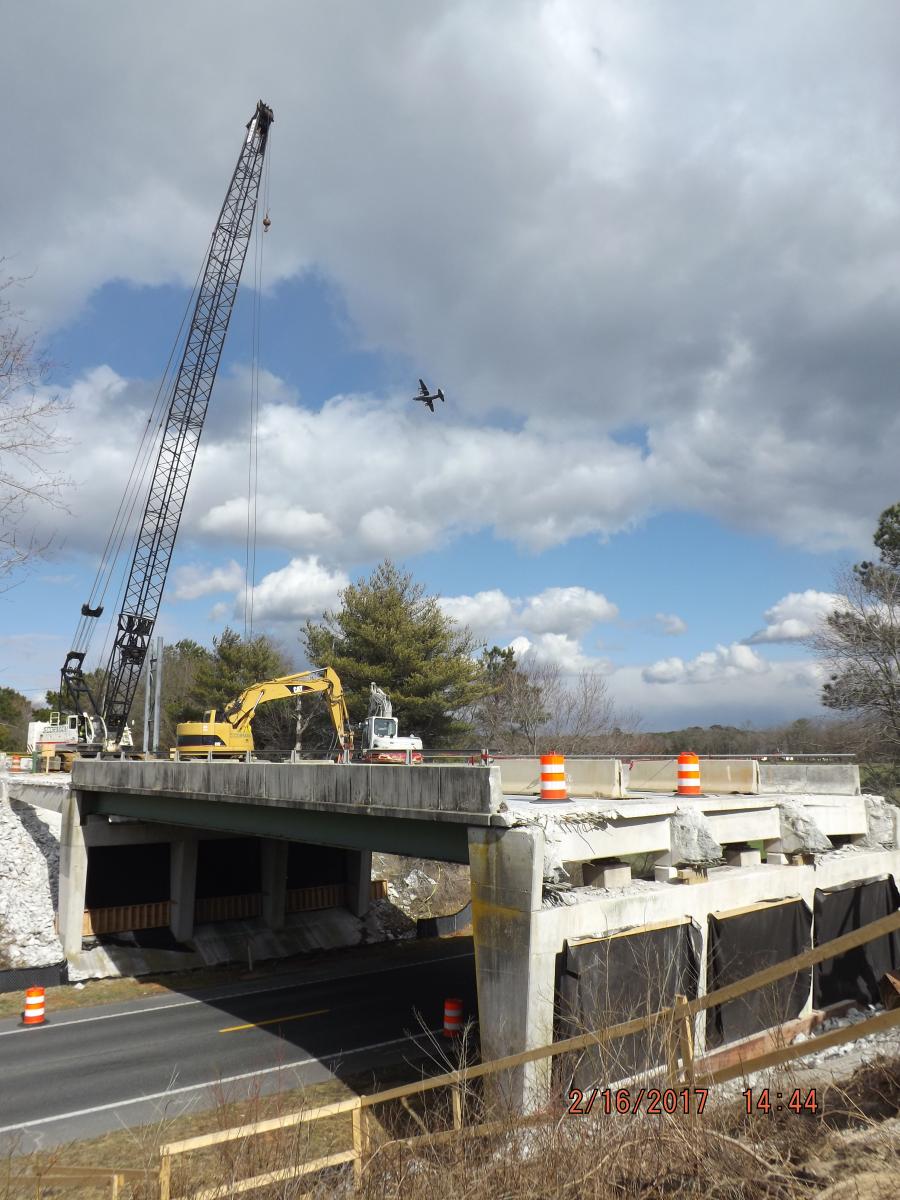 In August, the Maryland Department of Transportation's State Highway Administration (SHA) began a nearly two-year project to rehabilitate 11 bridges on U.S. 13/U.S. 50 (Salisbury Bypass) in Salisbury, which is in Wicomico County. Gov. Larry Hogan announced $23.8 million in funding to repair the structurally deficient bridges this spring.

Work began in the fall of 2016, and estimated completion is set for summer 2018.

The average daily traffic volume in this area in 2016 was 37,000, with higher numbers in the summer months. The projected volume for 2035 is 54,000. The bypass is a major beach route with traffic increasing 15 percent during the summer.

The contract amount is $27.5 million, awarded to Corman Construction of Annapolis Junction, Md.

To help ensure the safety of workers and motorists during structural repairs, SHA reported that it will close one side of the bypass and detour traffic around the work area across the median, and both directions of traffic will share the roadway. Speeds through the work zone will be reduced from 65 to 55 mph.

According to Charlie Gischlar, MD SHA spokesperson, crews will place a concrete barrier between the eastbound and westbound traffic to allow bidirectional traffic flow (one lane in each direction). When work is completed on one side of the bypass, traffic will be shifted to allow work on the other side.

“Drivers traveling through the work zone will need to slow down, remain alert and follow the signs,” he said.

Work includes steel and concrete repairs and bridge deck (driving surface) patching and resurfacing. This work is expected to extend bridge service life by several decades. Many of the bridges will be painted under a separate contract when the rehabilitation work is completed.

Gishlar noted that there are “big challenges on this project — time, timing, and traffic. This is a lot of work in a condensed time frame along a busy urban bypass. Of course, we need good overall time management, but we need to pay close attention to the timing of each phase as well — and that's where the traffic challenge comes into play. It's great that we're able to separate traffic from the major work areas, but we still have to maintain a good vehicle flow in the bidirectional configuration. This is no easy feat when you consider the different work phases and traffic-driven deadlines for each. For example, we need to restore the Salisbury Bypass to normal configuration north of U.S. 50 by mid-May to handle the heavier beach-season traffic, then shift back to bidirectional in October to work on the remaining bridges. Doing each traffic shift as safely as possible for workers and motorists alike takes time.”

The timing of the job also necessitates that some of the deck center-section overlays be done prior to the end-section demolitions.

“While it may seem counterintuitive to do finish work before demo work on the same bridge, we had to structure the project this way because the latex overlay is temperature sensitive,” Gischlar said. “With the beach-season traffic restriction, we can't get into bidirectional flow and clear the work area of traffic until mid-October, which gives us just a few weeks to do the overlays before winter sets in. Suffice to say all of these factors combine to make this a very challenging project. Corman has been a great partner and we're confident the job will finish on time.”