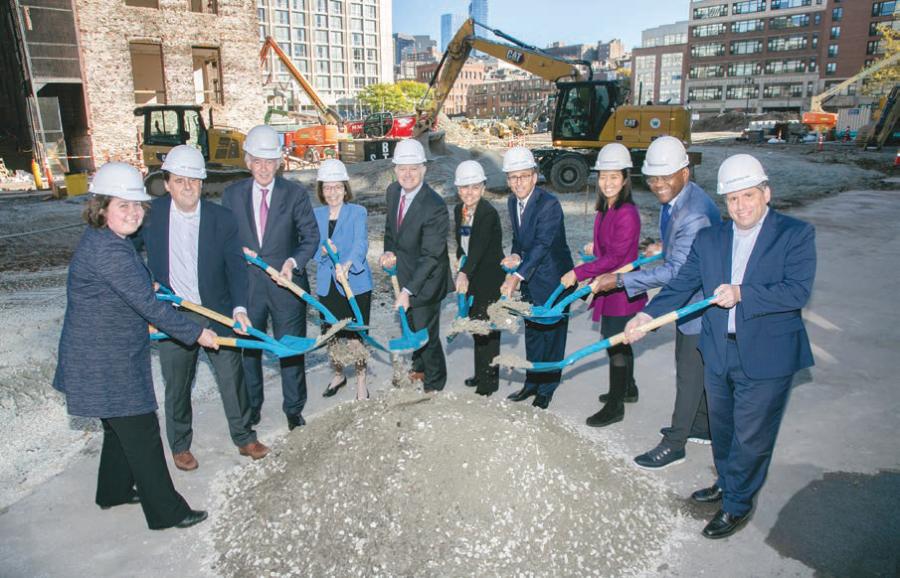 With more than 1.5 million square feet, the new facility will be located entirely within the MGH campus. (Photo courtesy of Massachusetts General Hospital)

Massachusetts General Hospital (MGH) broke ground in late October on a multi-year construction project for a modern clinical care facility along Cambridge Street in Boston, enabling the medical center to add to its growth of services and increase MGH's capacity.

The new facility will be home to the Mass General Cancer Center and the Corrigan Minehan Heart Center, according to a report by the Beacon Hill Times. Two inpatient towers will house 482 single-bed inpatient rooms, offering a comfortable and holistic healing environment for patients and families.

Encompassing more than 1.5 million sq. ft., the new medical facility will function entirely within the MGH campus. Larger operating, interventional and procedural rooms, along with imaging facilities, infusion rooms, exam rooms and support space for pharmacy and dietary services also will operate within the new facility.

In addition, plans call for six levels of underground parking, accommodating 864 vehicles for patients and families, to replace the outdated Parkman Garage. The hospital is also adding parking spaces for 566 bicycles, and green roof terraces will be included.

"This building will be [one of] the most important Mass General constructs in our history — perhaps only second to our original Bulfinch building dating back to 1811," David F. M. Brown, president of MGH, said in a hospital press release. "It will create the environment our staff needs, and our patients deserve, [and] will allow us to continue to excel across our four missions — caring for our patients with clinical excellence, improving the health of the communities we serve, training the next generation of healthcare leaders, and changing the healthcare of the future through discovery and innovation."

Brown added that the hospital's continued growth is due to its donors, who, he said, "have strengthened our infrastructure in the past and we count on them to continue to serve as the engine behind our evolution [and] ability to transform the health of our patients now, and for the next 200 years."

The clinical care facility's construction is expected to last a total of seven years, according to MGH, and is slated to open in phases between 2027 and 2030.

The Times reported that the sustainable clinical care structure at MGH will almost entirely be powered using renewable electricity, reflecting a commitment to significantly reducing the hospital's carbon footprint. Built to withstand major flooding and high winds, the building will be the medical center's most resilient, serving its most vulnerable patients by supplying its own energy and systems for up to 96 hours during natural or manmade disasters.

"This new building is, first and foremost, about our patients and providing them with the type of care experience they deserve," explained Anne Klibanski, president and CEO of Mass General Brigham, a network of area hospitals that includes MGH.

"There is a pressing need in healthcare for innovative facilities that are forward-looking, collaborative and patient centered, offering better treatment and hope to patients with the most challenging conditions. Once complete, we will be able to offer the world-class care that Mass General Brigham is known for to more patients in a supportive, personalized, and efficient setting that is second to none."

The new MGH building also has triggered a major financial investment by the hospital for some of the most treasured community organization programs in the West End and Beacon Hill — including the West End Museum, the Museum of African American History, the Old West Church and the Esplanade Association, the Times reported.

"This new facility ushers in the next generation of health care, one which seamlessly integrates technological innovation, patient-centered wellness, environmental sustainability and clinical excellence under the same roof," said Jonathan Kraft, chair of MGH's board of trustees, in the MGH press release.