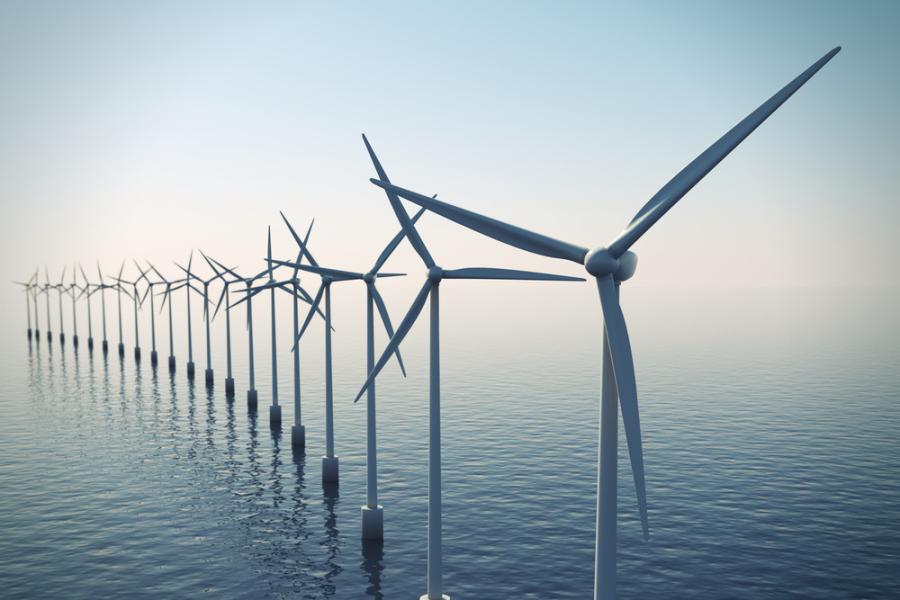 A report by the Department of Energy Resources calls for Massachusetts to move forward with an additional procurement of up to 1,600 MW of offshore wind capacity, or enough to power up to 1 million homes.

BOSTON (AP) Massachusetts officials are recommending the state double its commitment to offshore wind projects as part of an ongoing effort to transition the state toward more renewable energy sources.

A report by the Department of Energy Resources calls for the state to move forward with an additional procurement of up to 1,600 MW of offshore wind capacity, or enough to power up to 1 million homes.

That would be on top of the 1,600 MW of offshore wind Massachusetts was authorized to award contracts for under a 2016 renewable energy law, the largest procurement of offshore wind power by a U.S. state.

The legislature last year authorized the additional procurement pending an analysis of potential economic and environmental benefits. The report concludes such an effort should go forward, subject to price caps that protect ratepayers.

Commissioner Judith Judson said bids for up to 800 MW would go out in 2022 and 2024. The bids are staggered in part to take advantage of rapidly changing wind power technology, which is driving down project costs and making the turbines more efficient. If needed, the bidding could stretch to 2026.

Judson said the goal is to ramp up the state's reliance on wind power over time to allow for the steady development of the industry in Massachusetts and New England.

"We're just excited about the potential that offshore wind has to play," Judson said.

The first half of the initial 1,600 MW of offshore wind has already been awarded to Vineyard Wind for the construction and operation of the 84-turbine, 800-MW wind farm about 14 mi. south of Martha's Vineyard off the Massachusetts Coast.

Project officials have said Vineyard Wind remains on schedule to begin onshore construction in 2019 with the goal of becoming operational by 2021.

Regulators also are looking at the possibility in the future of creating separate bids for the generation of wind energy — the turbines — and the transmission of that energy — the lines needed to carry that power to shore — as a way to inject more competition to the burgeoning industry.

The report also recommends lawmakers allow state energy officials to license additional renewable energy resources to compete with offshore wind — a move that could let the state lift price caps on offshore wind. Those caps remain in place for now.

Judson said Vineyard Wind would be eligible to bid on future offshore wind projects. She said she's excited by how much interest the state is seeing from a variety of developers.

"There's robust competition," she said. "I'm not worried about one company coming away with all of it because there are large, strategic players entering this industry and I think we're going to see a lot of really competitive bids."

The report was released on the same day that the state's last remaining nuclear power plant — the Pilgrim Nuclear Power Station in Plymouth — is shutting down operations for a final time.

The recommendations reflect a wider interest in the development of offshore wind, with states up and down the East Coast — including Rhode Island, New Jersey, Connecticut, Virginia and New York — exploring offshore projects with the goal of transforming the electric grid and providing energy to power millions of homes.