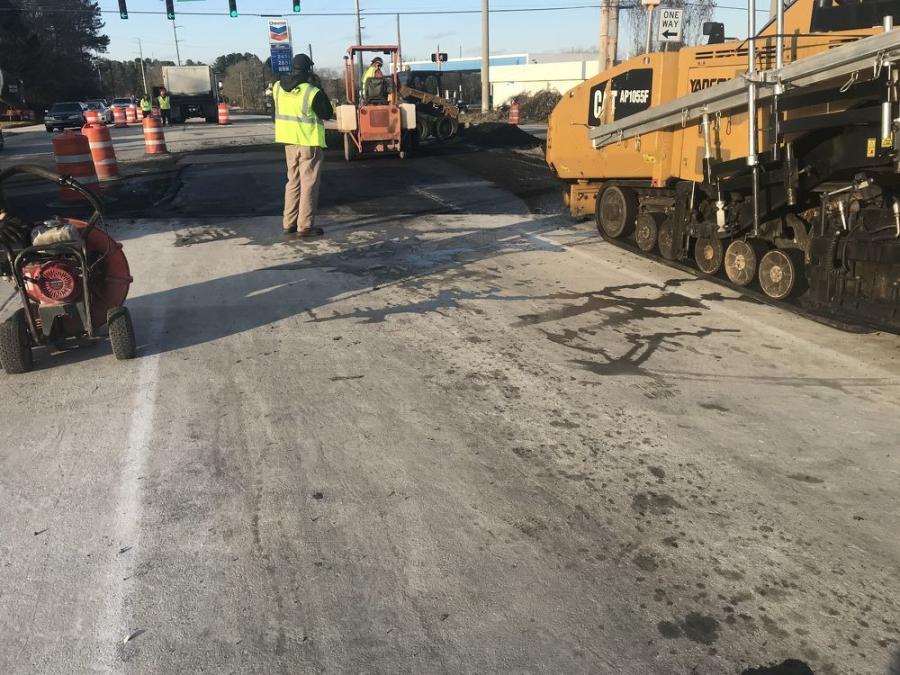 Punch list items are all that remain on the Georgia Department of Transportation's (GDOT) $8 million rehabilitation of 11 bridges over Interstate 20 and Interstate 16, which raised the height of bridges in Newton, Green, Morgan, Taliaferro and Laurens counties.

The contract, awarded to Massana Construction Inc., had three separate crews operating on parts of the state that were 60 miles from Atlanta and about 75 miles apart from each other between the outermost bridges.

The work began in October 2018 and the last bridge was finished on February 29 of this year. Each crew was responsible for three steel beam bridges, and many of the crew members united for the raising of the concrete beam bridge. 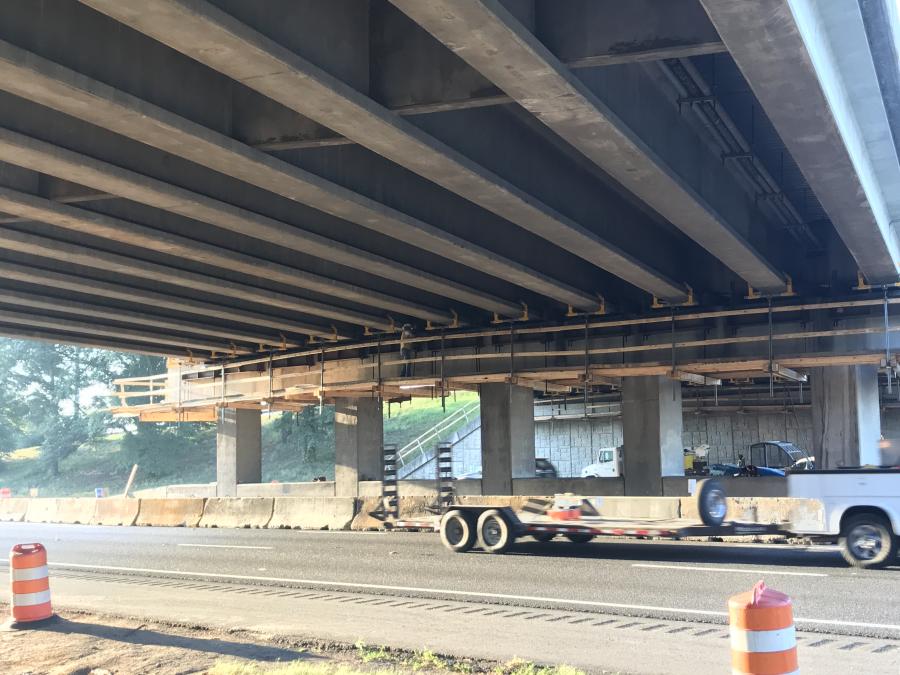 "The focus of the project was to raise all 11 bridges to increase the clearance for trucks underneath," explained Steve Roeser, Massana's project manager. "It was primarily a bridge jacking job and there was a multitude of incidental work that needed to happen once the bridge was raised — the guardrail, approach decks, wing walls and other road work."

"Some of the biggest challenges for this project were that the contractor had to jack each bridge simultaneously," Champion stated. "If not, they risked damaging the beams and bridge deck. Also, the contractor had to stage the construction to complete the work under traffic utilizing temporary traffic signals and lane closures. The expected lifespan of the bridge raising is for the life of the bridge or until the interstate clearance height is raised to where the new bridge heights are in conflict. Usually maintenance projects like these take about two years to go through the planning and design phase before being let for construction."

Roeser was well aware of the many challenges associated with the initiative.

"One of the biggest hurdles was that for three of the bridges, when we raised them, the engineer called for the complete removal of the concrete caps," he said. "We basically built a shoring tower around the piers, raised the bridges up, removed the caps and then poured new caps at an elevation that was approximately one foot higher."

Another issue for crewmembers was navigating traffic. 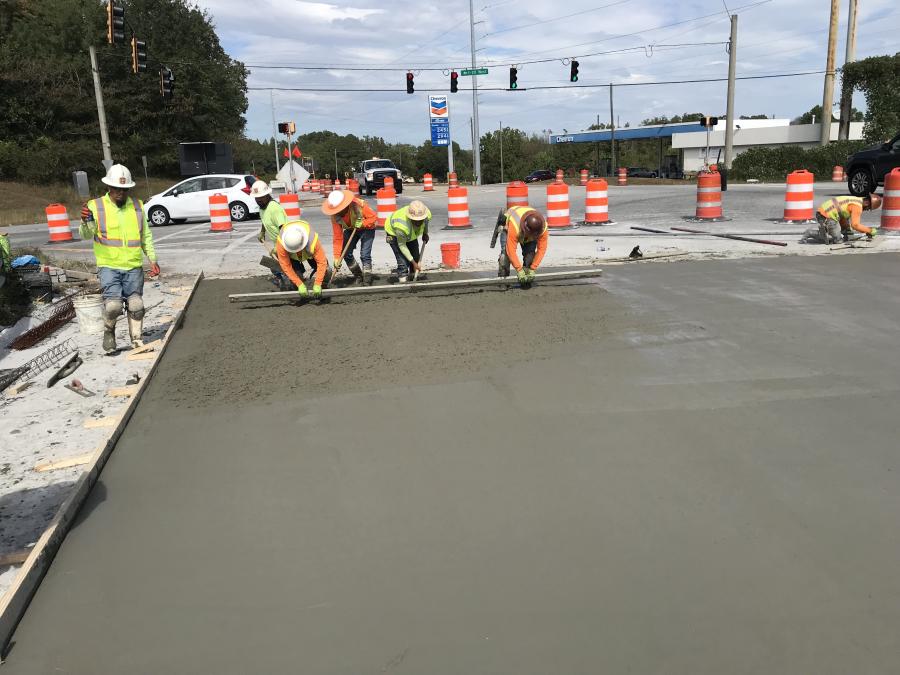 "GDOT allowed us to shut down three bridges in Morgan County for 45 days," Roeser said. "But for everything else, we had to maintain one lane of traffic. To solve that problem, we used portable traffic signals on either side of the bridge. In order to get done on schedule, we worked on three bridges at a time, and in one case, four. Each bridge took about 15 weeks to complete."

To maintain traffic on the open lanes, a variety of techniques were employed. In one case, for a dirt/gravel road, GAB (Graded Aggregate Base) was used to build a ramp; for another, the paving subcontractor paved the wedges in; and for another, as the approach slabs came up, a ramp was placed on each end.

"This all required extensive planning," said Roeser, who noted that day shifts were only needed for 10 bridges. "For the concrete bridge, it was weekends only for the top work — the approach slabs removal and replacement, asphalt paving and final striping."

The concrete bridge required maintaining one lane in each direction, during weekend work.

"The first phase of the work was the selective demolition of some of the backwalls and the second phase was raising the bridge that had 11 beams — we started at the abutment and moved to the center pier, and then the other abutment," said Roeser. "It only came up 4 in. The whole bridge was jacked at one time, being raised incrementally between 0.5 in. to 1-in. per-hour."

Once raised, crews did some concrete work — replacing some of the backwalls and wing walls. After this was done, the work shifted to weekend work.

"The approach slabs, asphalt paving, two-part epoxy overlay and final polyurea striping were done in five weekends," Roeser said. "One of the biggest challenges was jacking the center pier. There was a concrete median, so we had to put a left-hand lane closure with barrier wall in each direction on I-20 and had 14 days to get it done. Once access was secured, we had to jack each end of the beams and we had 88 jacks on the center pier. We had to assemble our shoring system to give us a place to jack from. The bearing was only was only 2.5 in., so there was no daylight and it was real tight." 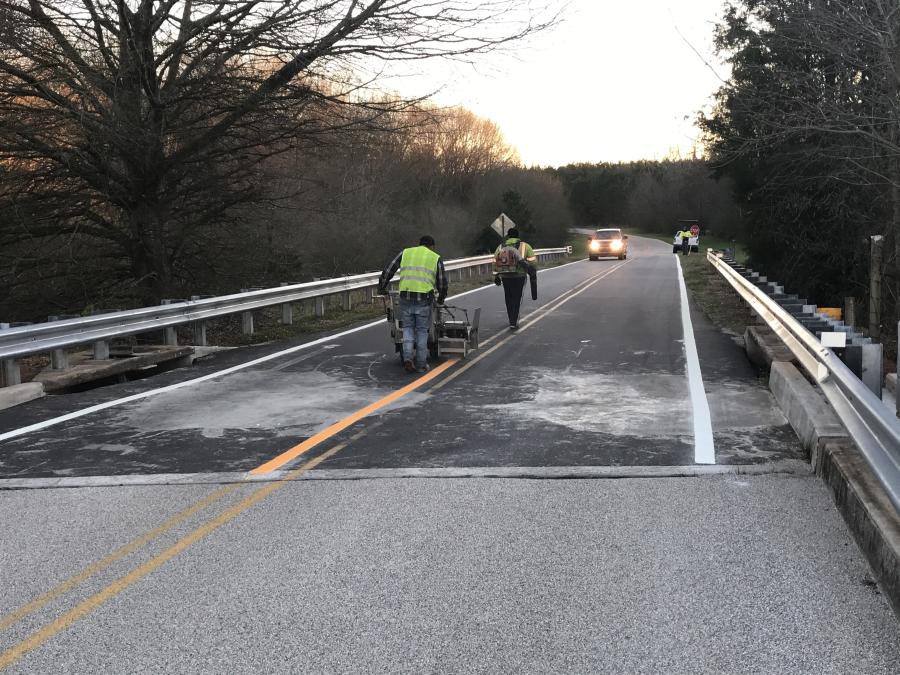 One common element for all the bridges was the application of a two-part epoxy overlay. The concrete bridge was one of the last to be completed. For the others, the plan of attack was similar, starting with the installation of the temporary traffic signals, select demolition work, access to shoring to set up the jacking systems, raising the bridge and once raised, all of the top work.

"One of the important pieces of work was the installation of new steel bearings," Roeser said. "If the bridge was raised 10 in., we had to install 10-in. high bearings as well."

Each crew developed a good rhythm, which included taking nothing for granted and ensuring that safety was a priority at all times.

One crew dealt with the bridges that required the cap removal and replacement, and the other two crews dealt with the steel beam bridges that were similar in their design. Each crew had about six Massana people — a superintendent, a foreman and four workers, along with some subcontractor employees.

"For the concrete bridge, everybody pitched in and helped us get it done," Roeser said. "Not every bridge was exactly the same. One jacking system was the shoring tower system; another was corbels that we could drill into the sides of the caps, which gave us a seat to jack from; another was more of a hanging system with high strength Coil Rod; and the most straightforward system was putting a jack on the existing caps or abutments and raising it up.

"We had a field engineer, Jonathan Hopkins, on the job full-time and when we peaked out, we had 35 guys," Roeser added. "I was fortunate to have good people and good help. I could not be everywhere all the time. We had good people on each of the bridges that could look after things." 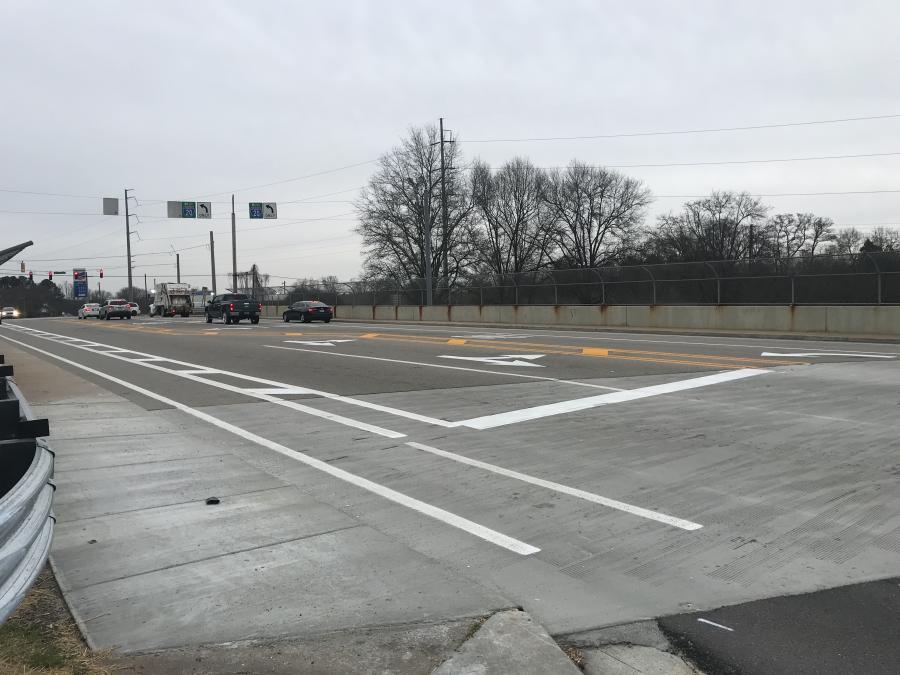 The subcontractors were C&H Paving for asphalt, The Sharon Company for guardrail, Oglesby Construction for final polyurea striping, Tidwell Inc. for thermoplastic markings, ABC Cutting Contractors for concrete cutting and C&G Concrete for the construction of the approach slabs.

Some work sites had on-site mechanics and other sites brought in mechanics as needed.

"The biggest wear and tear was for some of our hammers and jacking systems," Roeser said. "The trucks, which were instrumental to moving our heavy equipment, required quite a bit of maintenance to keep them moving."

Doug Shoemaker, Massana's equipment manager, played a key role in assigning equipment and keeping an eye on the repairs and maintenance issues.

"He was with us from start to finish," Roeser stated. "Shoemaker and his team helped us through everything, and he would also get out and do repairs on-site himself if necessary."

Massana purchases its Caterpillar equipment from Yancey Bros. Inc. in Atlanta, while the jacks were purchased from Beerman Precision Inc. in New Orleans, La., which has an office in Birmingham, Ala., where jacks could be repaired. When equipment had to be rented, it was provided by Herc Rentals.

"Yancey helped with repairs to some of the demolition hammers," Roeser said. "Herc had a satellite office in Covington, which was very convenient due to the lengthy distances on the project. The dealerships expect us to communicate the problems that the equipment is having and at times we brought the equipment to them so they could have a good shop environment to make the repairs, instead of having their mechanics come into the field. What we expect are good repairs and good maintenance of our equipment."  CEG