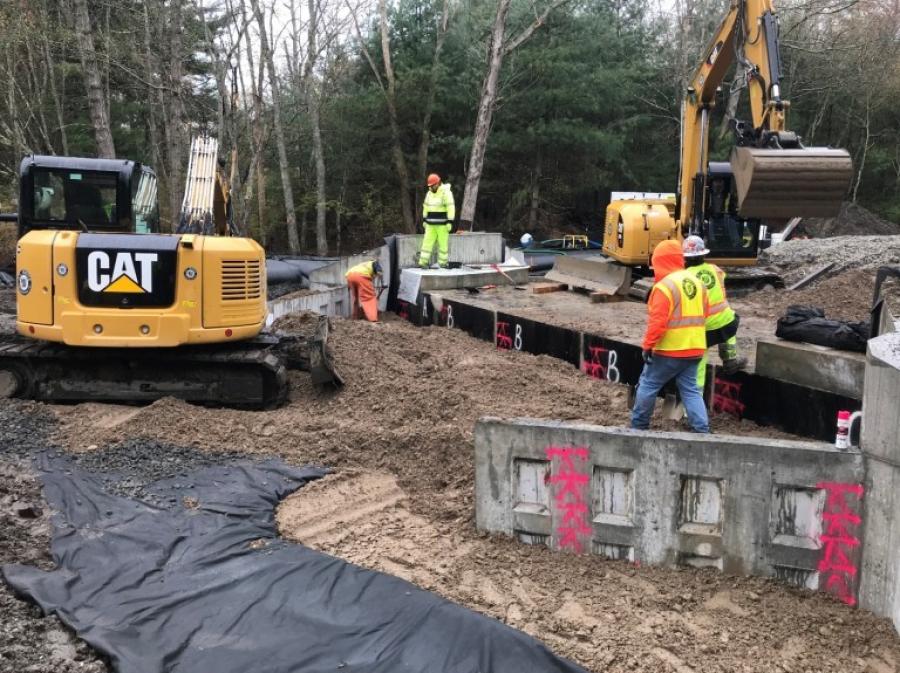 The Massachusetts Department of Transportation Board of Directors and MBTA Fiscal Management and Control Board today voted to approve the five-year $18.3 billion MassDOT and MBTA Capital Investment Plan (CIP) for Fiscal Years 2020-2024, an increase of approximately $1 billion over the last five-year CIP. The CIP includes all MassDOT road and bridge projects, public use airports, rail and transit, including the MBTA and Regional Transit Authorities as well as the Registry of Motor Vehicles.

The CIP includes investments that vary significantly in scale and in purpose — from small-scale maintenance projects to large-scale multimodal modernization projects. The CIP identifies and includes long-term investments and funding obligations to maintain, modernize, and expand the Commonwealth's transportation system. The CIP is a rolling five-year plan that is updated annually.

"We are continuing to invest historic levels of funding into the MBTA and strengthen our roadway and bridge networks in order to provide a more reliable transportation system across Massachusetts," said Gov. Charlie Baker. "This latest update to the MassDOT and MBTA Capital Investment Plan includes projects that will serve residents throughout the Commonwealth including delivering South Coast Rail and supporting the ongoing transformation of the Red and Orange Lines."

"Over the next five years, our Administration will continue carrying out capital projects that improve transportation infrastructure throughout local communities," said Lt. Gov. Karyn Polito. "The Capital Investment Plan is a thoughtful roadmap that reflects our focus on investments that increase safety and resiliency in the Commonwealth's statewide, multimodal transportation system."

Approximately 45 percent of the $18.3 billion in total investments (both MassDOT and MBTA) identified for the next five years will be focused on the reliability and resiliency of the core transportation system. Another 28 percent is devoted to modernizing the system in order to better accommodate current or anticipated growth and respond to new needs, such as increased accessibility and safety requirements that may not have existed when these assets were initially planned and constructed. 16 percent of investments will help expand diverse transportation options for communities throughout the Commonwealth.

"We are proud to continue investing in our roads, bridges, railways, airports, and multimodal pathways, and providing improved services for our customers," said Transportation Secretary and CEO Stephanie Pollack. "We have appreciated the input of members of the public and stakeholders throughout the CIP process and we thank the MassDOT and MBTA staff members who have worked for months to create this comprehensive planning document."

Highlights of the Capital Investment Plan include:

$1.58 billion for Red Line/Orange Line improvements. This program includes all investments related to replacing and expanding the Red Line and Orange Line fleets and upgrading the facilities and infrastructure needed to support the new vehicles. When fully implemented, these investments are expected to allow three-minute headways on the Red Line and four and a half minute headways on the Orange Line. The total cost of these improvements is $2.8 billion. Investments in this CIP include:

$875 million for additional capital investments in the Red Line. This includes funding for the following major projects:

$1.36 billion for the Green Line Extension Project. This project consists of constructing a 4.7-mi. light rail line, which will extend the current Green Line service from a relocated Lechmere Station in East Cambridge, Mass., to a terminus at College Avenue in Medford, Mass., and a spur to Union Square in Somerville, Mass. The total cost of this project is $2.3 billion and is funded with federal and state support of $1.99 billion along with pledged contributions for the project totaling approximately $296 million from the cities of Cambridge and Somerville ($75 million), the Boston MPO ($157 million) and MassDOT ($64.3 million through Special Obligation Bonds). Investments in this CIP include:

$1 billion for the South Coast Rail Project. This project will provide rail service to accommodate the existing and future demand for public transportation between Fall River/New Bedford and Boston, enhance regional mobility and support smart growth planning and development strategies in southeastern Massachusetts. The 2020–2024 CIP includes full funding for Phase 1 construction and service via the Middleborough route. The scope of work includes:

$913 million for the Green Line Transformation. This a portfolio of more than 90 projects aimed at holistically revitalizing the Green Line. It unifies all existing projects and new initiatives to form a cohesive investment strategy and unified Green Line capital program. To meet the needs of today and the future, the MBTA is making significant investments to improve safety and reliability, modernize the system, increase capacity, enhance accessibility, and procure the next generation of Green Line trolleys. Investments in this CIP include:

$146.5 million for the Hopkinton-Westborough I-495/I-90 Interchange Improvement Project. This major project will improve safety and operational efficiency at the system interchange of these two nationally and regionally significant interstate highways. This project will increase safety for all movements within the project area and improve traffic conditions for the movement of people and goods. The total cost for this project including investments in future years is approximately $300 million. This project is currently in the design and environmental review phases

More than $2.3 billion in funding for municipalities. The CIP includes several different programs that provide state and federal funds either through direct grants or reimbursements to cities and towns, and/or by leveraging private investment in support economic development. This includes:

In the coming weeks, the Baker-Polito Administration also plans to file a transportation bond bill, which will include authorization to support several items in the FY2020-2024 CIP, as well as future investments in the Commonwealth's transportation system.