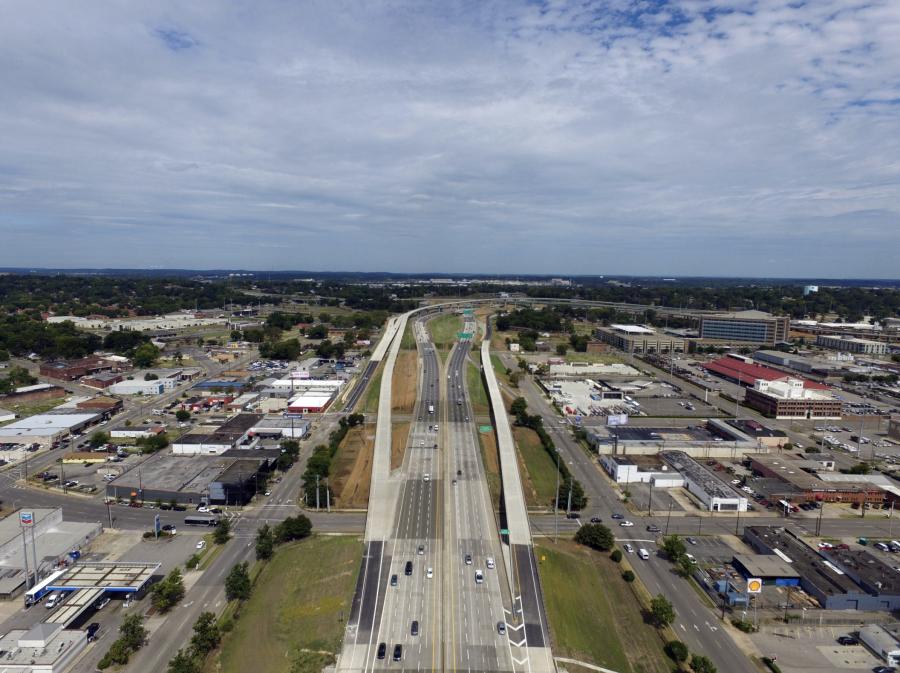 The Alabama DOT is rebuilding a 4.1-mi of stretch Birmingham’s I-59/I-20/I-65 corridor, a crossroads that brings in traffic from as far away as Dallas and Atlanta.

After three years of enduring delayed traffic as road improvements progress along Birmingham's congested I-59/I-20/I-65 corridor, motorists traveling through the downtown have honed their capacity for patience and composure.

They are going to need to hang on to their equanimity just a bit longer, but their reward is the promise of decades of modern roadways and bridges.

Just after the new year, the Alabama DOT plans to start the key element of its 4-mi. I-59/20 Central Business District (CBD) Interchange and Bridge Replacement Project. Several bridges will be demolished and rebuilt, as well as the elevated portions of the freeways that run through the city. The principal construction was preceded by several ancillary road improvements as part of the overall job.

As of Nov. 26, ALDOT had not announced a start date, but it was expected to do so by December. Regardless, it is scheduled to be finished by the end of 2020.

Birmingham residents and downtown workers will soon see major traffic rerouting as the massive job of demolishing and rebuilding the interstate bridges and interchanges gets underway.

The work is the final piece of a multifaceted project along a corridor that already sees the state's heaviest traffic flow.

All Roads Lead to Birmingham

With four major interstates moving through the CBD of a burgeoning Southern city of approximately 210,710 people (and a metropolitan population of 1.1 million), people traveling through town have discovered Birmingham to be a pleasant, vibrant place in which to live. 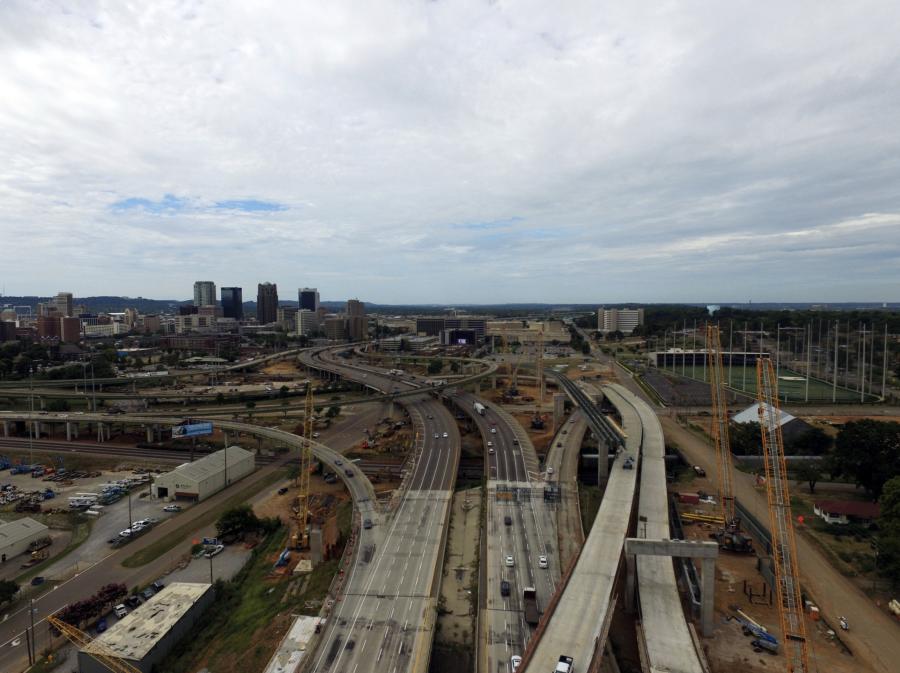 It also has garnered a reputation as a business-friendly city, helped in large measure throughout its history as a town of many crossroads. Today, Birmingham is a major transportation hub in the South as people and goods arrive from points between Atlanta and Dallas over I-20, from Chicago to Mobile via I-65, and along I-59 from Chattanooga to New Orleans. Additionally, I-22 is a regional interstate that connects Birmingham with Memphis.

Being a major hub, though, means that Alabama must keep the Birmingham freeways upgraded to ensure cars and trucks move efficiently and safely through the city.

ALDOT saw the need years ago and, with the I-59/20 project now three-fifths of the way completed, it has estimated the cost of the entire five-year project to be in excess $700 million when it is completed in late 2020.

Whatever the cost, the I-59/20 project is one that is desperately needed to enhance a roadway corridor built almost 50 years ago. ALDOT explained on its I-59/20 project webpage that it "could not afford to wait before taking action, as portions of the roadway had literally began to fall apart." 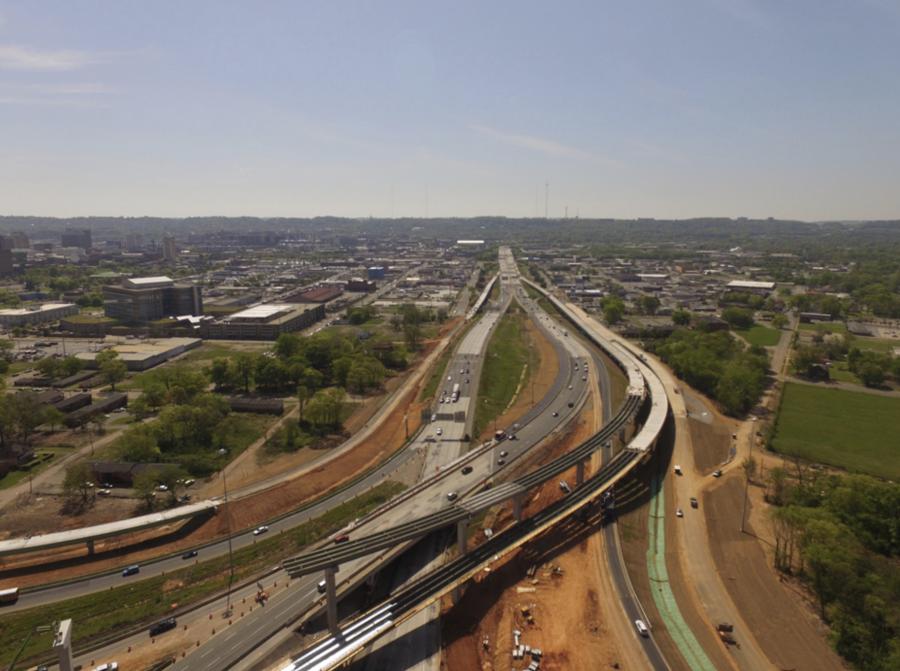 The entire project runs west along I-59/20 near Vanderbilt Road on the city's east side to a point near Arkadelphia Road on the western end of downtown.

Phase 1 of the project began in September 2015 and was completed in the autumn of 2016. The bulk of the initial construction widened several ancillary roads across the project route and elevated bridges near the interchange of I-59/20 with I-65 and the Red Mountain Expressway (U.S. 31/280) — right in the heart of downtown Birmingham.

A redesign and construction of new interchange ramps at I-65 made up Phase 2, which is now very nearly completed.

Concurrently, the third and final phase is the demolition and replacement of bridges at the interchange between I-20/59 and the Red Mountain Expressway. In addition, crews will begin to tear down and rebuild the bridges that carry I-20/59 throughout downtown just after the new year. 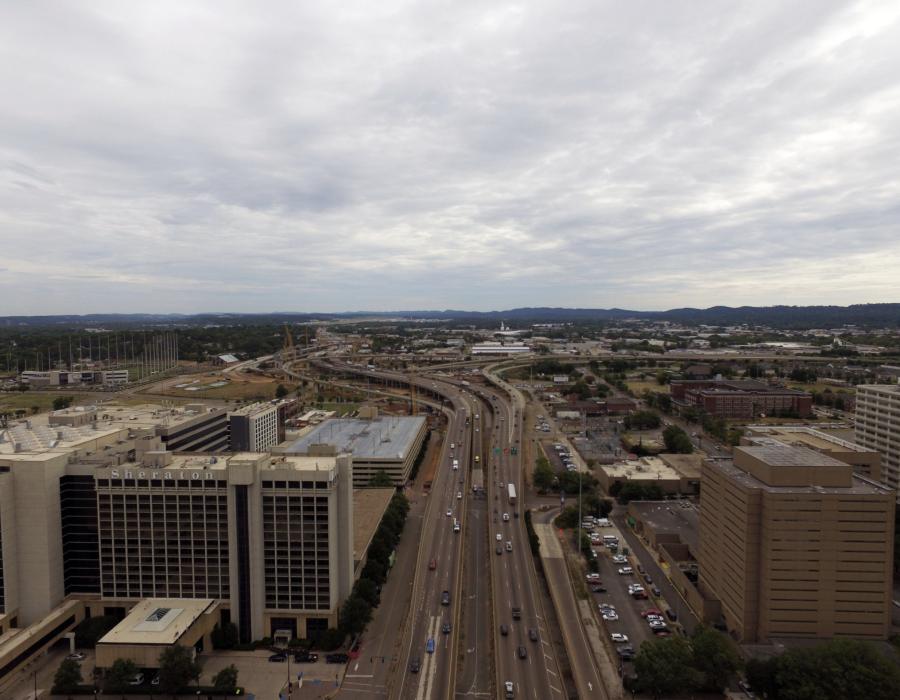 The biggest problem area for generations of motorists in the Birmingham area has been the intersection of I-65 and I-59/20, also known as "Malfunction Junction." As the name implies, it has been the scene of many notorious accidents and traffic tie-ups for years as all interstate and freeway traffic funnels through it.

With the volume of vehicles traveling through Birmingham continuing to exceed projections, the original design of the intersection had become functionally obsolete. Similarly, the interchange at I-59/20 and Red Mountain Expressway needed to be updated, too.

"Our plan addresses these issues and improves traffic flow for all motorists," according to the FAQ on ALDOT's website. "When done in conjunction with rebuilding the bridges, it will also eliminate the weave conditions responsible for causing accidents and congestion."

After years of discussion, ALDOT also determined it was not feasible to re-route I-59/20 during the construction. Through its website, the agency said, "even if the federal government had allowed us to consider such an option, it would have required a minimum of 30 years to plan and prepare for a move, and cost upwards of $2 billion."

Another question that arose during the design and planning stages was just how to upgrade the bridges economically, while at the same time providing optimum safety for motorists.

ALDOT's engineers decided that rebuilding the I-59/20 bridges would provide substantial benefits that were not available by re-decking. For example, the rebuilt bridges will have full, auxiliary lanes, each one with shoulders to offer improved safety. The completed designs call for the bridges to be closed for a full year less than what re-decking would require. Additionally, the finished product should be quieter and have improved aesthetics.

To that end, ALDOT and the contractors are employing a segmental bridge design for the new downtown bridges. Not only does it help speed the construction time, but it also tamps down the noise and vibrations associated with the traffic flow once completed.

"At a cost difference of only $25 million, we believed the benefits of rebuilding the bridges far outweighed the expense," ALDOT said on the project's website.

Faced with the costly alternatives, ALDOT would seem to have made the most prudent decisions for upgrading the roadways and bridges.

Detours and Closures Under Way

In mid-November, ALDOT announced several overnight interstate ramp closures on I-59/20, I-65, the Red Mountain Expressway and Carraway Boulevard — a process that will continue for the next two years at various other points along the project route.

The agency said detour signs will be in place where necessary, but to keep in mind that all construction plans can change due to weather and other factors. ALDOT also encourages drivers to use caution and obey the posted speed limits through the work zone.