Berkowitz told a group of Anchorage legislators that he’s making the port a top priority for the city. 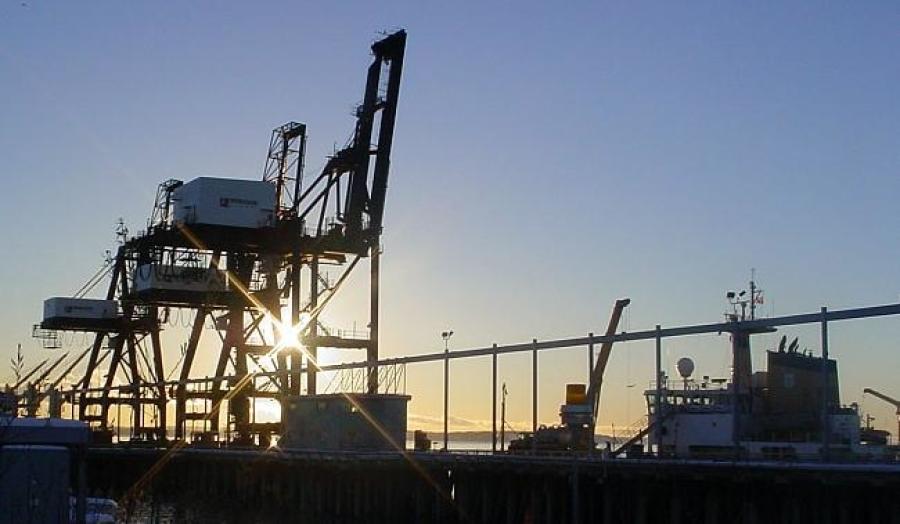 Berkowitz told a group of Anchorage legislators that he’s making the port a top priority for the city.

ANCHORAGE, Alaska (AP) Anchorage Mayor Ethan Berkowitz is calling on the state Legislature to add $290 million for the city's unfinished Port of Anchorage modernization project to the statewide bond package.

Berkowitz told a group of Anchorage legislators that he's making the port a top priority for the city, The Alaska Dispatch News reported. Total costs for the project have been estimated at more than $500 million.

Efforts to improve the aging port have been under way since 2003, but issues with funding and two lawsuits over the project's design, construction and management have stalled progress.

Berkowitz and other city officials say the port is a major contributor to the state — about 85 percent of Alaskans are served by products that come through it.

Last year, former Mayor Dan Sullivan's administration and the Anchorage Assembly made a $330 million request to the state for the port project, but those funds never materialized.

Berkowitz is looking to align with the administration of Gov. Bill Walker on plans for a $500 million, two-year general obligation bond package to replace most of the state's capital budget paid from cash.

With the state's current budget troubles, Walker's administration is seeking to borrow money from the bond market. Berkowitz said he is asking for the port project to be added to the bond package, which would be on the November ballot.

Berkowitz said he has not talked to the governor about whether the port funding would be in addition the governor's bond package or included in it. But he said the state should not be “hamstrung” by its money problems.

“I think that as Alaska makes the case to the rest of the country that we're willing to invest in ourselves, it makes others want to invest in us,” Berkowitz said.