Officials, consultants and commuter activists estimated that the project was $1 billion over budget based mainly on the bidding method. 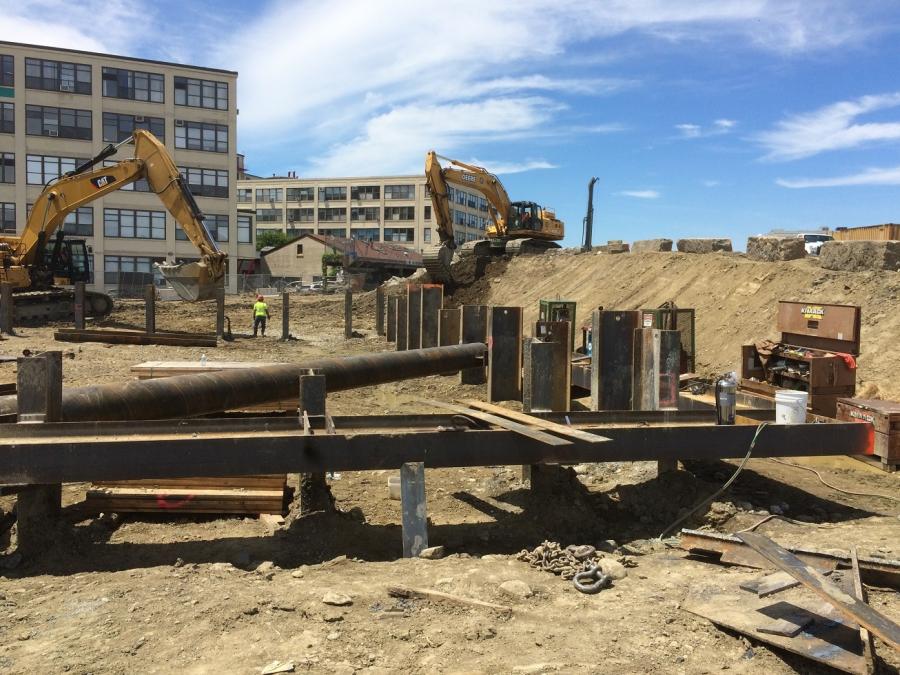 MTBA photo. The Cambridge City Council’s Transportation Subcommittee has recommended that the full Council approve a commitment of $25 million in funding to GLX.

Officials, consultants and commuter activists estimated that the project was $1 billion over budget based mainly on the bidding method. Last November consultants stressed that the MBTA did not create proper systems to monitor the contracting process, which led to costs getting out of control. Some of the JV contracts were cancelled in December.

In response to the cancellation, the joint venture stated in a press release: “[it was] disappointed by the board's decision to cancel the contract for convenience and that we will not be able to see this project through to its completion' and that “we continue to be a collaborative partner with the MBTA and the Commonwealth as we focus on finishing the work that is already in progress for the Green Line extension project.”

The MBTA is allowing the elements already under construction to continue, but is not awarding new contracts. In May, the re-evaluation of the project was completed and a report prepared by the GLX Interim Project Management Team had been submitted to the MassDOT Board of Directors and the MBTA Fiscal & Management Control Board.

The plan is to extend transit services along the Green Line beyond its current northern terminus at Lechmere Station in Cambridge so that residents in densely populated municipalities of Somerville and Medford will be better served.

At a June 20 MassDOT Board and FMCB joint meeting, a report was released on “the strategy and progress/schedule for hiring and structuring project management in accordance with the program management plan outlined; recommendations for advancing additional low-cost elements of the GLX Project, during the same time that the FTA process and the management hiring strategy are being pursued; [and] recommendations for a schedule of 'gates' at which point staff will return to these boards for further consideration and direction.”

In addition, the Cambridge City Council's Transportation Subcommittee has recommended that the full Council approve a commitment of $25 million in funding to GLX. MassDOT and the city are currently developing an MOU to codify the agreement. A similar process is ongoing with the city of Somerville. The next steps are to work with FTA to reach agreement on required review process and timeline, create a Staff Interim Project Team to meet FTA requirements, provide regular updates to the FMCB and MassDOT Board, and communicate progress with project stakeholders and the general public.

Jason Johnson, the MBTA's deputy press secretary, told The Construction Equipment Guide that “the project is under review by FTA at the moment and an update to the board, and the public, will come in the near future.”

Commenting on the key principles behind the redesign, Johnson said that “the redesign should reduce the cost of GLX to as close as possible to the original Full Funding Grant Agreement (FFGA) program cost of $1.992 billion and that it should not violate the requirements of the FFGA or reduce the project's functionality and benefits. The redesigned project should contain only the most streamlined project elements that are still needed for core functionality and benefits.”

The GLX was identified as a top priority and will eliminate the need for bus and rail transfers at Lechmere Station and at Orange and Red Line stations and improve travel times within the project corridor; reduce regional daily vehicle miles traveled by 25,728 mi. (41,405 km) which will improve air quality and reduce traffic; will increase daily ridership at the seven GLX stations by approximately 45,000 by 2030; and operate in existing railroad rights-of-way, which reduces the need to purchase local property and minimizes construction impacts.

The planning for the current project began in 2005 with the completion of the MBTA's Beyond Lechmere Northwest Corridor Study Major Investment Study/Alternatives Analysis.

The project was divided into several phases. Phase 1, which began in 2013 and is substantially complete (2015), dealt with the reconstruction of the Harvard Street Railroad Bridge in Medford and the Medford Street Railroad Bridge in Somerville, as well as the demolition of the MBTA-owned facilities at 21 Water Street in Cambridge. Phase 2/2A, which began in 2014, is extending service from the (new) Lechmere Station to Washington Street and Union Square Stations, and should be completed in mid-2017.

The elements associated with Phases 2-4 were broken down into several contracts that included procurement of long lead items (bridge steel, special track work, signal and electrical equipment); construction of utility relocation work elements that do not require additional FTA approval; the construction of utility bridges at the Broadway, Medford Street and School Street bridges; and drainage work in the Millers River area and relocation of the Fitchburg Main Line between the Red Bridge area and Union Square. Phase 1 is expected to be completed in August; Phase 2 in December; and Phase 3 in September.

The procurement, fabrication and installation pricing for viaduct steel began in November 2014. Phase 4, which includes the balance of the work for Phase 2/2A, as well as the retaining walls north of College Avenue, is expected to be complete by March 2017.

According to the request for information regarding Green Line Extension Project, a document released on November 3, 2015 stated, “The MBTA has entered into contracts associated with Phases 1 through 4A construction packages. The total contract value is $206.5 million. Phases 5 through 7 construction packages are currently in design.

“With respect to the construction package, the project budget used for the FFGA assumed a cost of approximately $487 million,” it added. “However, the construction package submitted was approximately $889 million. As contemplated by the current process, if the MBTA and CM/GC are unable to reach agreement on a contract, then the MBTA may re-procure the work by any other lawful procurement method. The MBTA may also terminate the entire process and procure the remaining elements of the GLX Project by any other lawful procurement method.”

The project received a funding boost on January 5, 2015 when the MBTA and the U.S. Department of Transportation Federal Transportation Administration (FTA) signed a Full Funding Grant Agreement that had federal funding of approximately one-half of the GLX project engineering and construction costs, with the state covering the other half.

The Green Line Extension Review Interim Project Management Team Final Report, issued on May 9, via The New Program Cost Estimate, put forward a total cost of the project at $2.288 billion. This is based on: