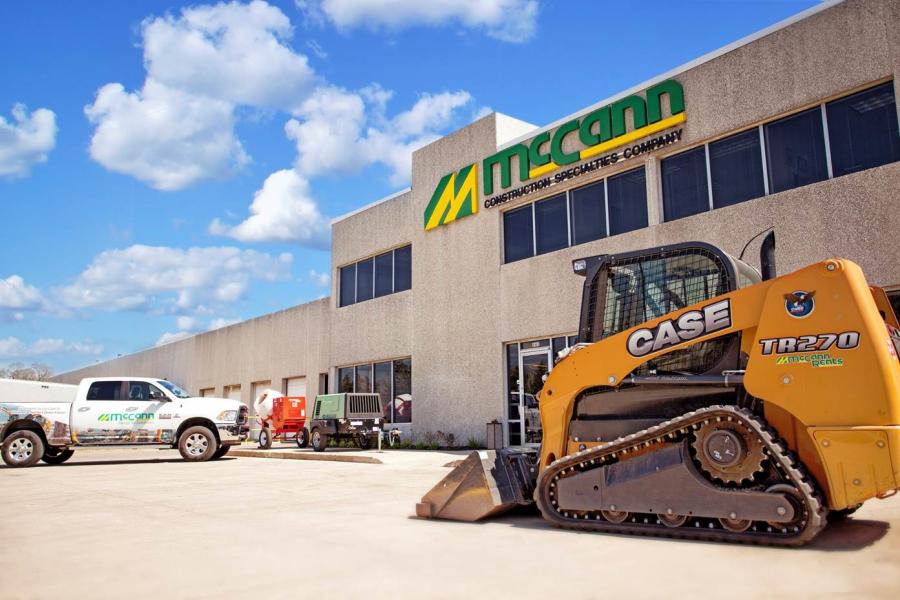 McCann Industries, Inc. is celebrating its 50th anniversary this year. The company was originally founded as McCann Construction Specialties Company in 1967 by Richard McCann to sell contractor supplies. Today, Jim McCann is president and CEO of the company his father started from a garage in Villa Park, Ill. The company now has seven locations throughout Illinois and Indiana and has expanded its contractor supplies business to include heavy equipment, representing some of the finest brands available, including CASE, Takeuchi, and Carlson Paving Products.

“I'm humbled by the success our business has realized through the years. I understand it's only

loan from his father-in-law. Within a year he expanded to a 3,000 square foot facility across the

street, and two years later, he moved to Addison. In 1976 he built the current facility there,

three CASE construction equipment dealerships in 1995 to provide a full range of equipment,

contractor supplies and services for the construction industry.

has assumed progressively more responsibility over the past twenty-six years. Before he was

equipment, on-site and shop repair and maintenance services, and quick parts deliveries for any