A project to lengthen the runway at the Fairfield County Airport in central South Carolina is set to upgrade the facility, and help it stay economically competitive.

The operator of the Cat excavator feeds the Powerscreen XR 400 jaw crusher that sizes the material to 6 in. (15.2 cm) minus.

A project to lengthen the runway at the Fairfield County Airport in central South Carolina is set to upgrade the facility, and help it stay economically competitive.

Luckily, the contractor, McClam & Associates, is up to the task.

The company learned from the engineering firm, Charlotte-based W.K. Dickson & Company Inc., that the granite was there prior to starting work and planned accordingly, said Scott Nolff, McClam’s project manager.

“We came in and did a pre-blast drill survey to identify where the rock was at and once that was completed we set up a drill plan,” Nolff said. “We blasted on Wednesday and Friday afternoons after giving the airport plenty of notice as the runway needs to be closed during that time.”

After each blast, track hoes then move in to excavate the rock, before being crushed, screened and hauled to another job.

Nolff added that his firm is not using the excavated granite in the runway expansion itself, but will instead utilize it on another project close to the airport.

McClam is a local contractor, based just 18 mi. (28.9 km) from Columbia in the town of Little Mountain.

Investing in the Area’s Future

The runway project at the Fairfield County Airport, located four mi. (6.4 km) south of Winnsboro and about 20 mi. (32.1 km) north of Columbia, is part of an effort to upgrade the field to give an economic boost to the rural county.

The local government made an investment in the Fairfield County Industrial Park just off nearby I-77, located in the corridor that runs between Columbia and Charlotte. With the park’s tenants using the airport, it is anticipated that aircraft traffic there will increase.

“Another reason that Fairfield County is upgrading the runway at the airport is that northeast Columbia closest to the county is simply being built out,” said Rusty McClam, president of the family-owned contracting company. “Builders and developers from out of state are flying into the airport since it is just a few miles from there to the northern edge of Columbia. And, it is a lot closer for them to fly into this airport than into either of Columbia’s two airports.”

The Fairfield County Airport’s asphalt landing strip is just over 5,000 ft. (1,524 m) long in its current configuration and the hope is that more planes will be attracted to the facility with the expansion.

Nolff said that the work at the airport should be completed by Sept. 1.

McClam has relied on Powerscreen Mid-Atlantic, based in Kernersville, N.C., to provide it with the right equipment to do the airport job properly.

“Currently we are using a Powerscreen XR400 jaw crusher, a Warrior 1800 screener and multiple track hoes and off-road trucks to move this material,” said Nolff. “After we have excavated the rock, depending on the size and the volume of dirt that is mixed in, it will be loaded into the crusher and reduced down to a 3- or 4-inch size and stockpiled. If, however, there is a large amount of dirt present, it will be screened before going into the crusher. The material that is 5-inch or less then gets re-crushed and re-screened again to separate out the product. We are actually crushing 6-inch-minus size just to get it off site.”

Nolff added that McClam chose to get its machines from Powerscreen because of how well they have worked for the company in the past.

“This equipment has always exceeded our expectations,” he said.

By using Powerscreen’s products, Nolff also said that he has been able to realize a significant savings in the cost of the riprap that is made from the granite and other materials he excavates.

A Trusted Name for Decades

McClam’s company was started by Rusty’s father, J.R. “Pete” McClam, in 1978 after being a partner in another firm for several years.

Today, McClam & Associates is a third generation company as Rusty’s son, Jesse, works as a project manager after obtaining his masters in engineering from Clemson University.

Other McClam family members involved in the business include Bob McClam, who serves as vice president and head estimator, and Ansel McClam, the company’s project manager and general superintendent in its eastern North Carolina market.

“We are mainly a utility contractor — water and sewer,” said Rusty McClam, who joined the business himself following his high school graduation years ago. “We branched off in the 1980s to moving dirt and doing subdivisions and streets, but in the past eight or 10 years we have moved on to doing site jobs that are in the 100,000-plus-yard range and we hope to do even more of that work in the coming years.”

Despite expanding into other types of construction work, McClam said that the firm’s largest projects have been in utilities installation, including renovation and rehab work on 60 and 54-in. (152.4 and 137.2 cm) sewers, as well as putting in an 84-in. (213.3 cm) water main at one of the city of Columbia’s water treatment plants. 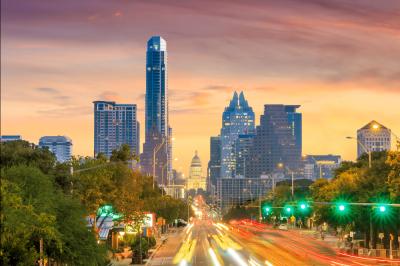