The recovery causes Ronyak to step up its game with the addition of new equipment. 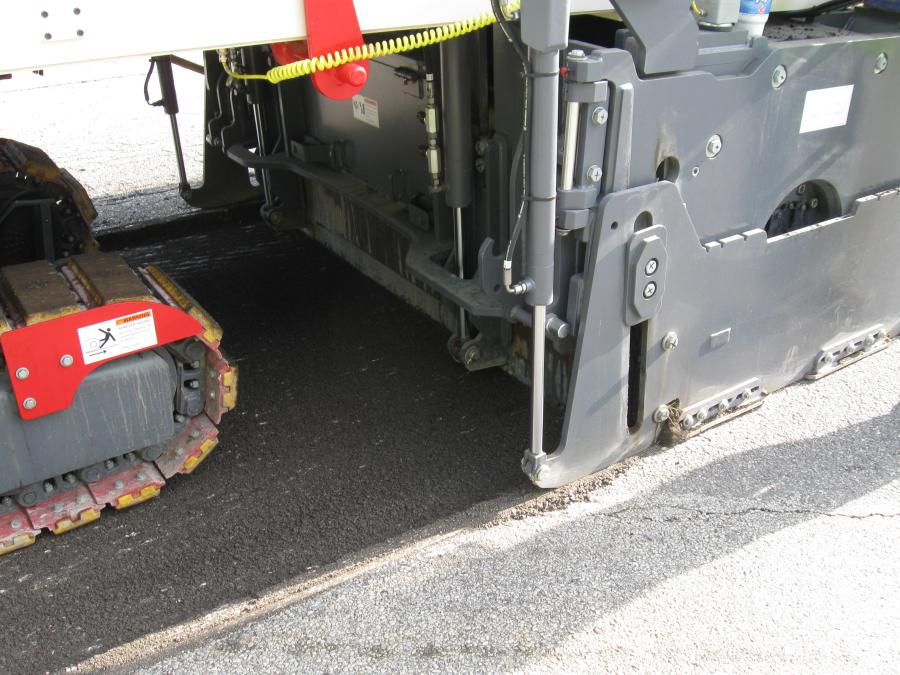 In terms of work volume, 2013 is shaping up to be a record year for Ronyak Paving. As a result the company recently decided to add two new cold milling machines to its fleet to assist them in meeting workload demands.

With a history that stretches back nearly three quarters of a century, Ronyak Paving has had its share of experience with cold milling machines, and the companies that manufacture them. After conducting initial research on available machines in the marketplace, they narrowed the field to two manufacturers and arranged field demonstrations for a side by side comparison.

According to Ronyak Paving President, Sean Petersen, after seeing the machines in action, its decision to go with Wirtgen milling machines was an easy one. According to Petersen, using the same crew and working each machine for 10 hour days, the Wirtgen was at least thirty percent more productive than the competitor's machine. Petersen is impressed with the technology behind the Wirtgen's design and operation, the outright production of the machines and the fact that Wirtgen has a strong reputation for standing behind its products.

Petersen said that, in an effort to provide superior service and value for its customers, it makes every effort to employ the right people and support them with the best equipment that allows them to operate at peak performance. That principle extends to its choice of equipment providers as well. Ronyak Paving is a family operated business with the fourth generation of Ronyak's now taking their place within the organization.

One of the only challenges that Petersen cites with regard to the new Wirtgen milling machines was in estimating the volume of trucks it needed to haul off processed materials. It recently worked on a job in Hudson on a mile and a quarter stretch of road, two lanes both ways that needed to be milled at a depth of 2.5 in. (6.4 cm) before receiving a new asphalt surface. At that depth, it took its new Wirtgen 210i cold milling machine about 2 and a half minutes to load a truck with 22 to 25 tons (20 to 22.7 t) of material. On another job calling for a 3 in. (7.6 cm) depth, the Wirtgen loaded the trucks in less than a minute. Petersen is confident that with the new machine's production capabilities, they'll have a clear advantage from a bidding perspective.

The Wirtgen 210i has twin Cummins diesel engines and is set up so that the second engine automatically kicks in when deeper cuts call for more power. The Cold milling machine W210i milling machine can be equipped with milling drum assemblies of 4.9, 6.6 or 7.2 ft. (1.50, 2.0 or 2.20 m) working width. The milling machine can be equipped with the Wirtgen LEVEL PRO levelling system. An 800 gal. (3,028 L) onboard water tank sprays the inside of the cutter drum, increasing wear life of the teeth and minimizing dust.

As well as the W210i model, the company also recently purchased a Wirtgen Cold milling machine W/W 150i. The machine offers large machine capabilities in a compact design and may be fitted with 2, 3, 4 or 5 ft. (1.2, to 1.5 m) width milling drums. The machine can be used for for a wide range of applications including milling large surfaces, removing pavement layers at full depth, or levelling. The cutting depth ranges from zero to 12 in. (33 cm). Like the W210 machine, Wirtgen's W150i can be equipped with the new Wirtgen LEVEL PRO levelling system.

Petersen said that in terms of user friendliness and outright production capabilities, the new Wirtgens exceeded their expectations and are performing 100 percent better than its old machine. With its old machine it had trouble staying ahead of the pavers so it was forced to sub out much of the milling. Petersen added that now it will be the pavers having trouble keeping up.

While Petersen stressed the intuitive operation features of the Wirtgens, stating that they almost run themselves, he also expressed a good deal of appreciation for McLean's level of service in set up and training on the new machines. McLean sends a service technician to train and work with the crew, addressing any questions or concerns that may arise.

Based in Burton, Ohio, Ronyak Paving primarily works in Northeastern Ohio, from Youngstown as far west as Sandusky, paving everything from driveways, parking lots, and tennis courts to subdivision and roads.

To maintain control over quality and ensure material availability, most of the asphalt used on the company's projects is produced by Ronyak Paving's own plant.

According to Petersen, Ronyak Paving plans to upgrade its asphalt plant with a goal of doubling its production. Next year, it'd like to be in a position to completely supply crews and sell asphalt retail.