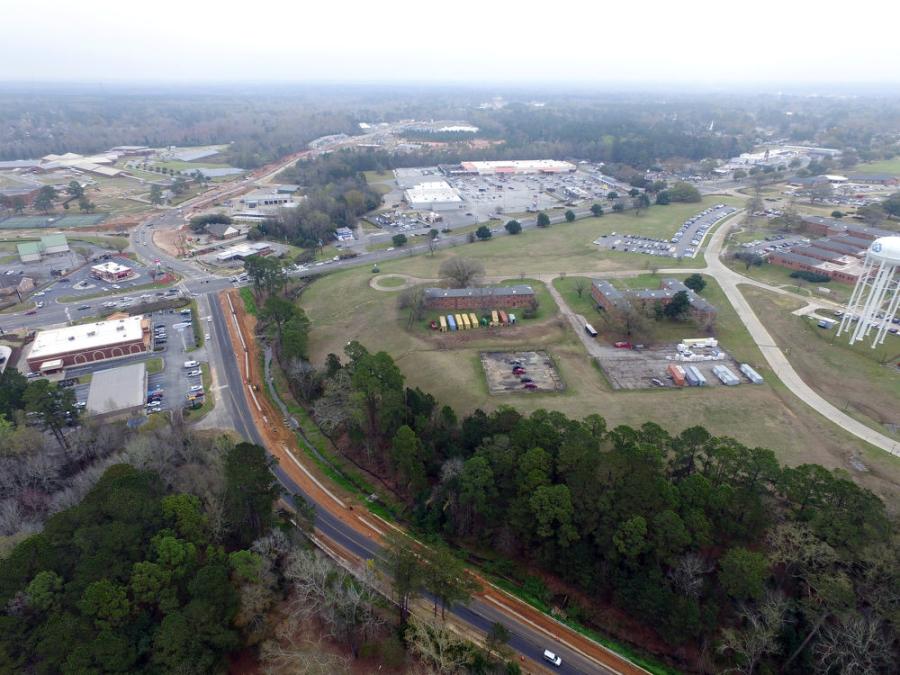 There has been more than 3 mi. of new pipe installed to replace water mains and services, as well as an extensive storm drainage system.

"The project has been described by city officials as the most needed and most ambitious projects for Dublin in recent decades," said Miles Cason, McLendon's project manager. "The project had been talked about and conceptualized for the past 15 years at least, and was finally let and awarded to us in October of 2019." 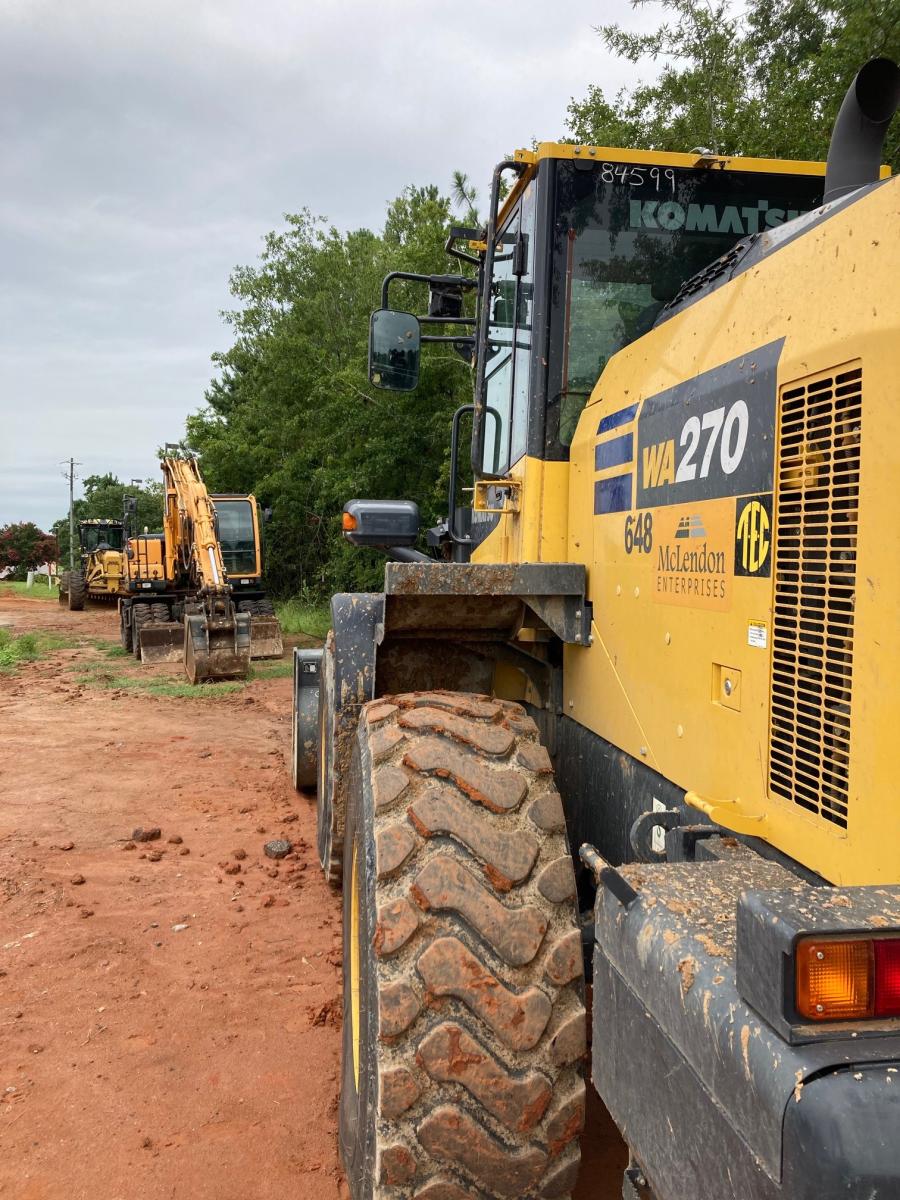 The project consists of widening and upgrading the existing 3-mi. corridor. The existing roadway is a mixture of two and four lanes with five traffic signals.

"The completed roadway will be mostly five lanes with six upgraded traffic signals and sidewalks on both sides throughout," said Cason. "The other major but not so noticeable upgrade is the extensive underground improvements. There has been over three miles of new pipe installed to replace water mains and services, as well as an extensive storm drainage system. Wisely the city decided to have a design that almost completely removed the water system from beneath the roadway and placed it under grassed areas and sidewalks for future access."

GDOT held a well-attended public meeting to explain the need for the project and what the work entailed on Sept. 26, 2016. The project is being financed with Transportation Investment Act (TIA) funds

The work zone covers the area from Industrial Boulevard to U.S. 441/SR29.

The new lanes and underground infrastructure were designed by Thomas and Hutton.

"The greatest design challenge was coordinating the installation of new underground facilities without impacting existing utilities," said Cason. "The first step was locating and identifying existing facilities. McLendon worked hand in hand with city crews to pothole and identify pipelines. The information was then relayed to the designers at Thomas and Hutton, who had to work quickly to provide innovative solutions such as ‘inserta-valves' to allow us to complete new construction without interrupting service to customers.

"I'm sure the city would like to have at least a 50 year lifespan on the underground piping and would hope to go 15-plus years before having to resurface the asphalt," he added. "On sections of the existing roadway that stayed in place, we applied a 1-inch thick layer of open graded interlayer before we placed binder and topping. This layer will keep reflective cracking from happening and lengthen the lifespan of the asphalt surface."

Traffic management measures include the use of temporary barriers and enclosures, maintaining vehicular access and parking and traffic control to protect motorists and construction crews.

"The city has allowed us to drop the posted speed limit to 25 mph throughout the project, which has helped tremendously," said Cason. "This has by far been the most beneficial action with the need for such narrow clear spaces and shorter tapers for temporary lane shifts on this project."

So far, McLendon has installed more than 3 mi. of new pipes: water main, water services, sewer services and other drainage infrastructure such as reinforced concrete pipe, catch basins, manholes, 1.5 mi. of lanes and 1.9 mi. of sidewalk.

"Using roadway construction equipment in such tight areas presents a challenge," said Cason. "With an urban widening project you are faced with a different work zone each day. Most of them are adjacent to homes and businesses, as well as being extremely close to traffic. The operators have to be very skilled and aware of their surroundings at all times. We have used smaller equipment and flaggers/spotters to assist our drivers and operators with movements. 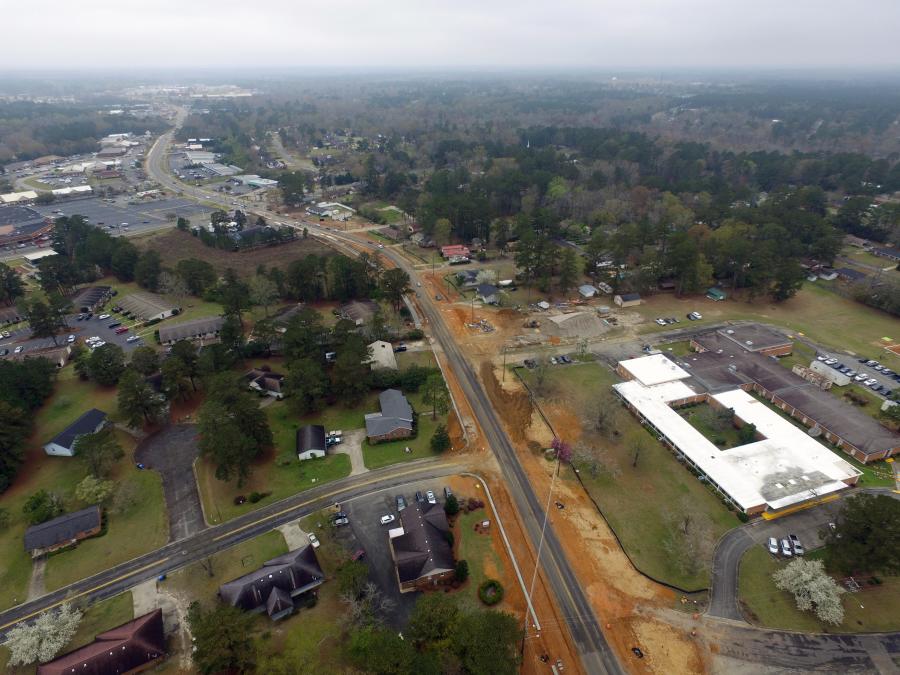 I would describe the progress as being excellent," he added. "We are now complete with most of the underground work and moved into the roadway phase of the project. This work will go much faster under the  right conditions, and the average motorist will start to see vast changes in a week's time.  All of the work on the project has been daytime work. We have secured two  large laydown area just off of the project right-of-way which has certainly helped us facilitate the stockpiling of materials.

"The working relationship with the city and Thomas and Hutton has been great. I really can't say enough good things about them. They have been on top of every issue, and we have resolved many complicated problems in a timely matter to say the least — problems that might have costs us weeks and months of delay on similar projects."

Road work and drainage work is being done simultaneous, and both are being closely coordinated.

The construction of the new lanes required crews to excavate the existing lanes and the areas for the new lanes.

"The excavation on this project has to be done very carefully with all of the utilities and tight working areas," Cason. "It is certainly not a high production grading operation. The main challenge for me is ‘racing the clock' each day. Essentially we have to close off a work area each day, perform the planned construction activities and have the area safe for reopening that night. The first step was underground utilities and drainage throughout the project. Once we had areas that were clear of underground piping, we began grading and building the widening of the new roadway with specialized crews for each process. Once we have areas with new lanes constructed on one side, we will swap traffic to those areas and repeat the process. We have tried to coordinate the grading in such a way that cut materials can be dumped directly into fill sections. With the complicated staging on this project, we have had to stockpile some material at times."

"The articulating machines and reduced or zero tail swing excavators helped out tremendously in the tighter work areas," said Cason.

With an area cleared, pipe and drainage infrastructure crews moved in.

"We do use GPS for construction layout," said Cason. "We also have several pieces of equipment with integrated GPS systems that allow our operators to build by the plans with very little staking."

For the new sections of lane being added, McLendon is using off-site vendors for both concrete and asphalt and equipment-wise, operators are using a Cat 140M2 motor grader, a Roadtec RP190 rubber tire paver and a Cat D5K bulldozer with Topcon GPS.

The upgrade traffic signals will be installed towards the end of the project.

"Our team is great," said Carson. "We are a mixture of seasoned veterans and young guys who want to be the next veterans. Everyone's effort has been exceptional. This job has been time and labor intensive, the crews know this and have responded."

Peak days have had 20 McLendon and subcontractor workers on site, including: Grading for Curbing for GABC; Installation Paving for signal work and concrete paving; and Flatwork for striping.

Demolition and excavation activities are expected yield 5,000 tons of concrete and 3,500 tons of asphalt. 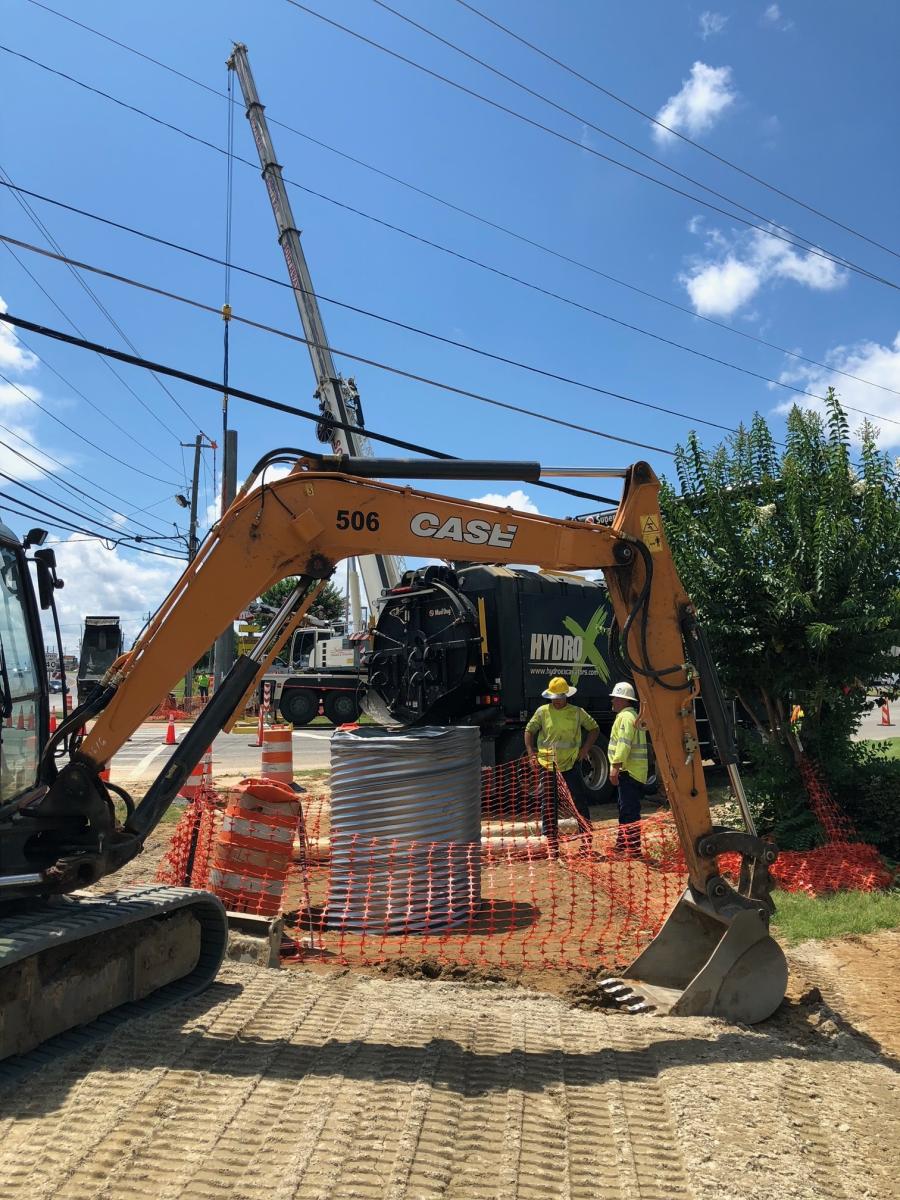 "We will recycle the concrete on-site by crushing and processing it into ‘crusher run' gravel that will be used as surface course in the future," said Cason. "The asphalt is taken to one of our asphalt plants where it will be processed and reused in future mixes. Recycling is a big part of the company. We have yards dedicated to stockpiling and processing materials."

Maintenance of equipment is an ever-present concern.

"Essentially anything that stays in contact with earth," said Cason. "Teeth on excavator buckets, cutting edges, under carriage components on tracked machines and tires are constant issues. Maintenance is done daily and repairs, replacement of worn parts are done quickly.  We do have staff mechanics that will be on-site daily. The key is daily inspection and maintenance constantly staying ahead of wear and damage by keeping machines in proper working order."

"Dealerships have done a great job of delivering new equipment in a timely manner, as well as providing great support," said Cason "Working hand-in-hand every day and understanding the unique challenges that each of us face is the key to good relations with the dealerships. Each time you are able to solve a problem together, that trust and relationship grows." CEG