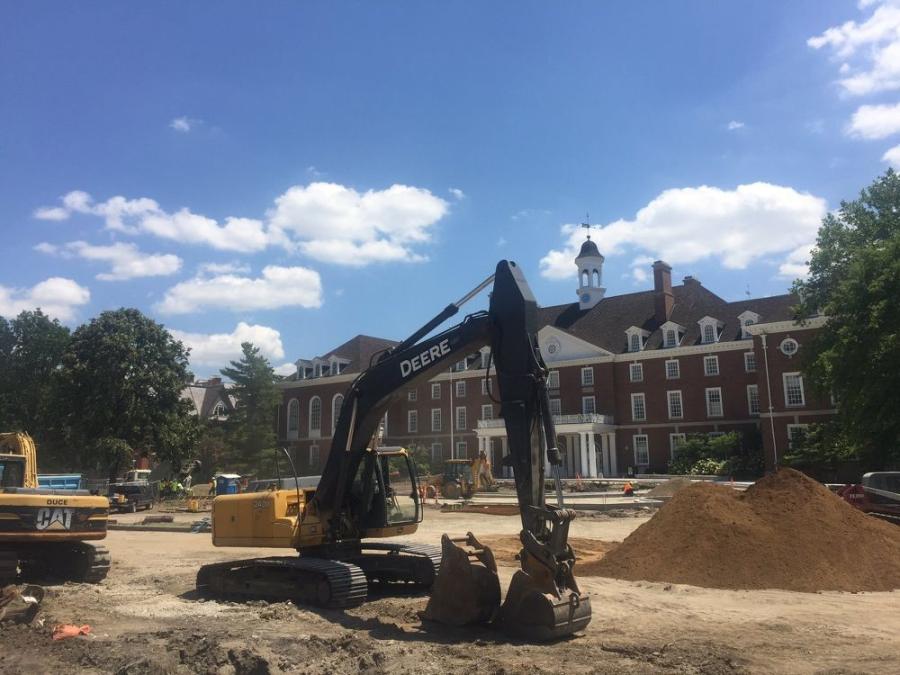 The improvement effort, known as the Multimodal Corridor Enhancement Project, or MCORE, is an estimated $47.6 million contract spread over five separate projects.

A major multi-street rebuilding effort is advancing around one of the nation's top universities — a project meticulously planned so as not to disrupt the flow of foot, bike and vehicle traffic around the busy and lively campus.

The twin cities of Champaign-Urbana, home to the University of Illinois, have partnered with the university and the local mass transit district to renovate several key streets in and around the campus.

The improvement effort, known as the Multimodal Corridor Enhancement Project, or MCORE, is an estimated $47.6 million contract spread over five separate projects.

Part of the cost of MCORE is being paid by a $15.7 million federal Transportation Investment Generating Economic Recovery (TIGER) grant.

“The Champaign-Urbana MTD [Mass Transit District] took the lead in submitting the grants to get the TIGER funds,” said Dave Clark, Champaign City engineer. “The way federal transportation dollars work is they require a highway authority to manage those funds. That eliminated the MTD and the university, so it fell to the cities. Champaign is the bigger of the two, with more staff, so we are the lead agency to manage the project and we will bill the other partners for their share of the work.” 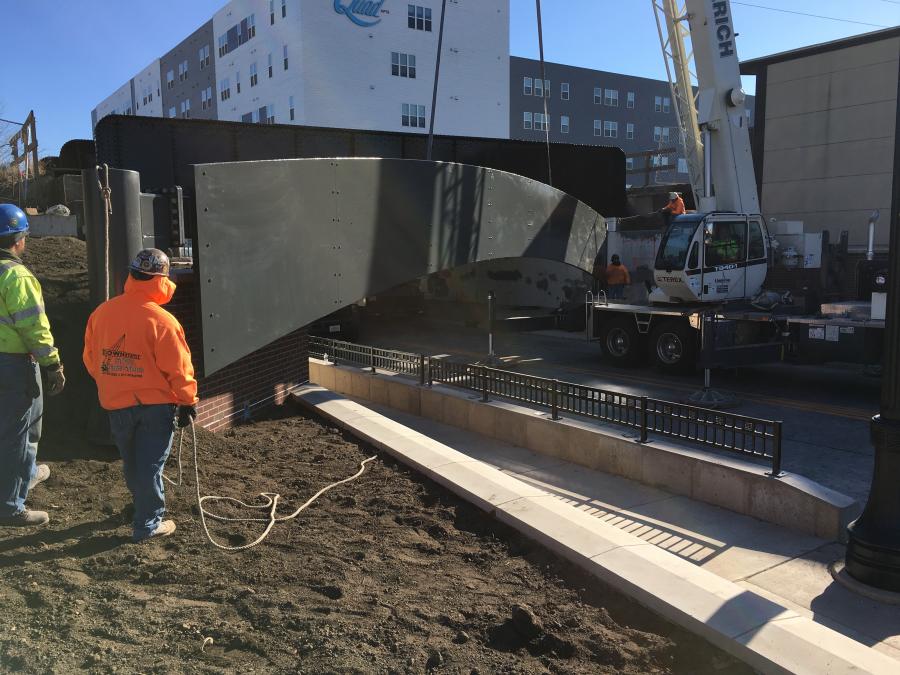 Crews from Champaign-based Duce Construction Co. put the first shovel to dirt last March as the first three phases of MCORE commenced during 2017.

Project 1 in Urbana was completed before all construction went on hiatus just before Christmas, according to Clark.

Work on Projects 2 and 3 will resume in both cities soon, as well as the massive Illini campus, which straddles the border between both municipalities. Most of the older core of the college, which boasts an enrollment of about 48,000 students, lies within Urbana. Many of the administration buildings and athletic facilities are in Champaign.

Those phases will wrap up by the end of 2018, Clark added. The contractor will then turn his attention to the last two phases of the construction with a finishing date set for Spring 2021.

As one might imagine, traffic through the area is often heavy and over the years has worn out the pavement. The streetscapes are old and in dire need of a makeover, according to Clark.

The main avenue running through the project is Green Street, which stretches east from midtown Champaign, through a corridor filled with shops, restaurants and apartment buildings. Once it crosses the north-south Wright Street into Urbana it bisects the heart of the university, before continuing east past the campus into a more residential part of town, then on to downtown.

Of the five projects within MCORE, Projects 1, 2 and 5 are along Green Street due to its high intensity of traffic.

“This is a complete rebuild,” Clark said. “What we are doing is completely ripping out the old pavement and the adjacent sidewalk, curb and gutter, and building brand-new pavements. In addition, because Green is such an old street, it has 100-year-old large-diameter water mains underneath it. The last thing that we wanted to do was put in the new pavement and then have the water company come in a few months later and tear it up to make a repair on an old, broken main.”

To alleviate that concern, MCORE has partnered with the local water utility to replace water mains everywhere street reconstruction is happening. Clark said it was an ideal way to get new streets and proactively address aging water pipes along the route at the same time.

The contractor's primary focus last year was Project 1 along Green Street in front of the Illini Union in Urbana. That effort stretched from Wright Street east to Busey Avenue.

“That was kind of the ground zero of the intensive work that had to be done to accommodate all the pedestrians and all the movements out of the Illini Union,” said Clark. “The builder put a lot of manpower in getting that area of the project finished. Green Street is a pretty important corridor for us.”

He added that most of Project 2, from midtown Champaign along Green Street from Neil to 4th streets, was completed by the end of 2017, with only another block from 3rd to 4th streets to be finished in the spring.

Also, in 2018, Duce will get to work on Project 3, which will improve White Street, located north of Green, running east before turning the corner south onto Wright Street as far as Springfield Avenue.

MCORE's design consultants are currently planning Project 4, which will upgrade Wright south from Springfield, across Green and then west onto Armory Avenue for a few blocks.

Clark expects to let that project out for bid in the fall with work set to begin March 2019.

Project 5, further east than the rest of the work near downtown Urbana along Green from Busey Avenue east to Race Street, will also be designed this year with crews beginning the rebuilding process next year, he said.

MCORE's goal is to enhance all available types of transportation in the area around the campus. The effort's designers aim to improve pedestrian access routes, bicycle lanes, bus efficiency and vehicle flow — all while reducing any conflict areas.

“We have many different modes of transportation —cars, buses, bikes, pedestrians — all using the same space at the same time, while the pavement underneath is falling apart,” Clark said. “There is so much of this area that needs to be rebuilt and little organization to that space.”

He added that MCORE's designers are employing the concept of building “Complete Streets,” where corridors such as Green Street and other avenues around the university can better handle foot traffic, make cyclists safer, and provide more efficient lanes for the cars and buses.

“Besides wider sidewalks and vehicle and bike lanes, we will have bus-transit stations with real-time active-monitoring video terminals so folks that wait for the bus can see where their next bus is coming in and where it is queueing up at.”

Installing new cross walks and better lighting, as well as trying to get people moving through the area to use other means of travel besides carbon-emitting vehicles are all part of MCORE's mission. Modes of transportation that also decrease the use of single occupancy vehicles, thereby reducing congestion and traffic hazards, are also being encouraged.

One of those alternative modes would be bicycles —always a favored way to move around a college campus. Clark said that although many of the streets around the university have bike paths, such as White, they are often shared spaces that are quite old and increasingly unsafe. 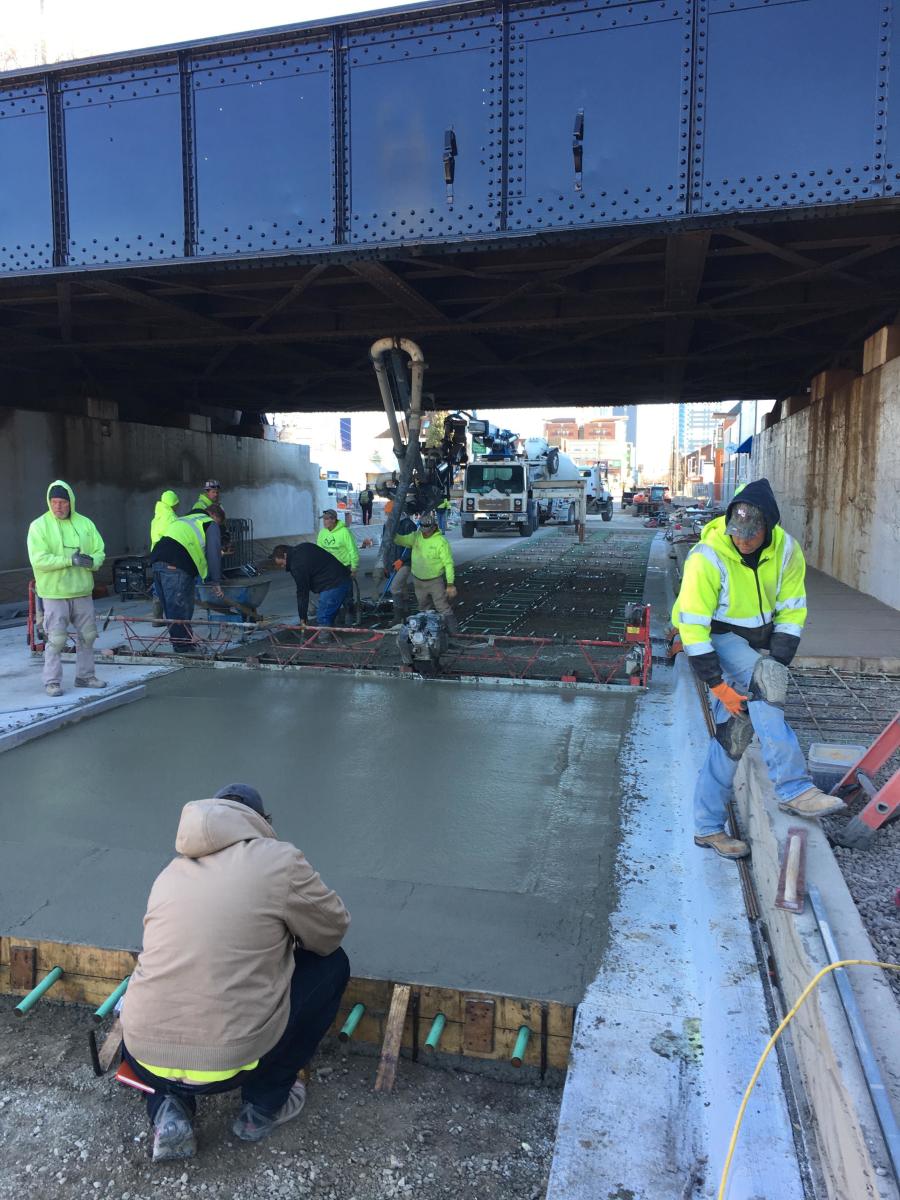 “There are a lot of conflict points between the busses, the cyclists and the pedestrians, so this project will help clean that up and make it a more efficient operation,” he said. “The White Street corridor has a lot of apartment complexes for students and is primarily a high-frequency bus route, but there are more folks biking on it now, too. Even though we will widen the pavement to help make it safer for bikes, the primary reason to work on that road is due to the heavy bus traffic.

“We have a bus station in downtown Champaign and one of the quickest ways for them to get to the Illini Union and the campus is to take White Street heading east,” Clark said. “Right now, White Street has old-fashioned residential brick pavement, which is great for cars and lasts a long time, but once busses start moving on them, they deteriorate. Project 3 will, in part, replace the brick with a thick, heavy-duty concrete pavement to handle busses. To illustrate how intensive that traffic is on White, there are busses going each way every 45 seconds or so.”

Clark described MCORE as “a very complex project” on several levels — from the concept and design, to the funding, to the execution of the construction with so many people crossing through the site. That includes not just students and faculty, but also residents and businesses servicing the university.

Planning for that last complexity has proved to be the biggest challenge since work started, he said.

“The staging was devised to allow the contractor to get his work done but at the same time maintain as much access as possible to all the adjacent properties and businesses,” Clark said. “It was a necessity for us to close Green Street — we just couldn't do it any other way, but we also had very comprehensive detour plans around the project so folks could move from city to city, which was necessary because there are few east-west routes between the two towns.

“This kind of work still has an impact, no matter what you do. It kind of messes with people's lives while it is being done, but the end goal is to provide Champaign-Urbana with a new and safer infrastructure and make a better environment for all.”