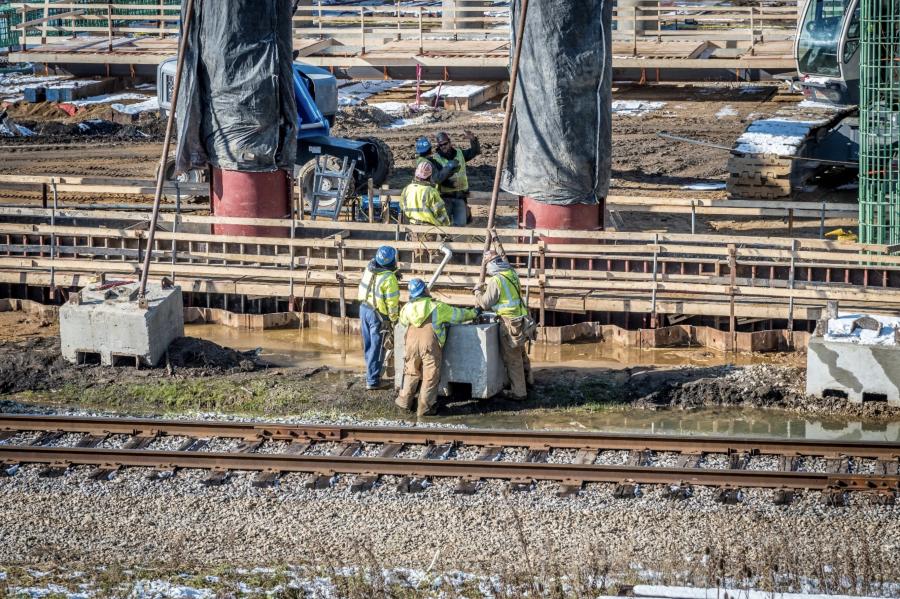 The Michigan Department of Transportation (MDOT) and Quandel Consultants recently received the highest honor with the Engineering Eminent Conceptor Award from the American Council of Engineering Companies (ACEC/M) of Michigan for work on the Accelerated Rail Project. The ACEC/M recognizes worthy Michigan engineering and surveying projects from the past year, as well as engineering professionals who have significantly contributed to the profession. The award was announced at the organization's annual gala, held virtually on Feb. 26.

"I am thrilled MDOT and Quandel Consultants won this top honor for their hard work involved in the important Accelerated Rail Project," said Peter Anastor, MDOT office of rail director. "MDOT took bold initiative to become a nationally-recognized leader in supporting intercity rail service by acquiring the railroad right of way and investing in these infrastructure improvements. Now Michigan is the only state outside of Amtrak's Northeast Corridor carrying trains at speeds of 110 mph."

The passenger rail corridor runs from Chicago to Detroit/Pontiac, which includes the MDOT-owned accelerated rail segment between Kalamazoo and Dearborn. Infrastructure improvements included replacing railroad track, modifying curves for higher speeds, improving grade crossings, replacing bridges, implementing a positive train control (PTC) system and other safety improvements. Project management services were provided by Quandel Consultants, which included planning, implementing and monitoring the series of projects that went into the buildout of the corridor.

"The state of Michigan is a national leader in the support of intercity passenger rail service and this project epitomizes what can be achieved with great vision, leadership and partnership," said Daniel Schulte, Quandel Consultants senior director of engineering.

This project began in 2011 when MDOT became a recipient of American Recovery and Reinvestment Act (ARRA) federal funds dedicated to reinvigorating the economy and bringing passenger rail back as a prominent form of surface transportation. Neither the Federal Railroad Administration (FRA) nor MDOT had ever undertaken a project like this, so the management team was essentially starting from scratch on many aspects of delivering a project of this magnitude. Since then, MDOT has made strategic partnerships with the FRA, Amtrak, Norfolk Southern Railroad, local agencies and the engineering consulting industry to bring the project to fruition.

"Our partnership with MDOT is successful and important for the traveling public. From developing a rail safety system now used internationally to our work to correct years of deferred private maintenance, together we're building out Michigan's corridor east of Kalamazoo to shorten travel times and improve reliability," said Gery Williams, Amtrak vice president and chief engineer. "Amtrak is here to help Michigan and other states achieve their intercity rail goals."