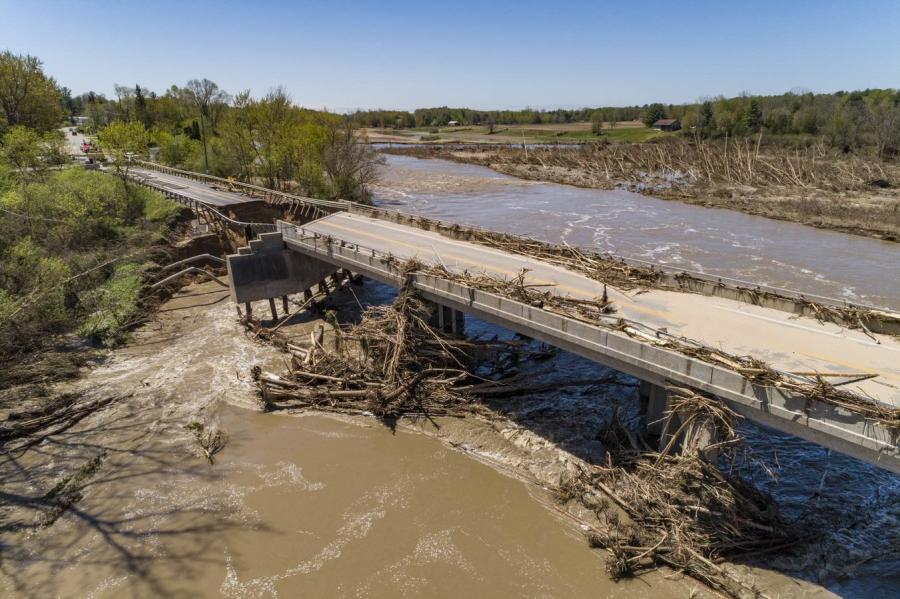 Debris removal at M-30 over the Tittabawassee River began June 29, and will allow crews to begin necessary repairs of the existing bridge piers currently blocked by trees and other debris.

The Michigan Department of Transportation (MDOT) has awarded an emergency contract to begin debris removal at two bridge locations on M-30 in Midland and Gladwin counties, following a historic flooding event in May.

M-30 structures over the Tittabawassee River in northern Midland County and over the Tobacco River in Gladwin County were both impacted by flooding. Midland-based Fisher Contracting was awarded the bid at $1.2 million and began work June 29. Debris removal is expected to finish by July 22.