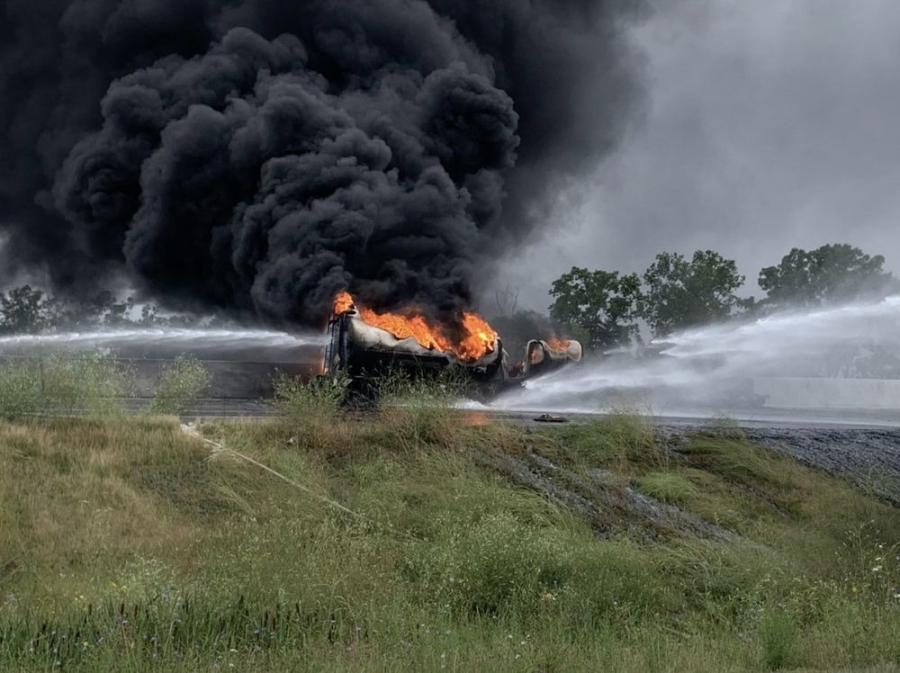 Only days after a tanker truck crashed on Michigan’s northbound I-75 destroying hundreds of feet of newer pavement and barrier wall, crews were on the job ready to rebuild.

Only days after a tanker truck crashed on Michigan's northbound I-75 destroying hundreds of feet of newer pavement and barrier wall, crews were on the job ready to rebuild. It's the bright note in a frightening accident that closed the north and south bound lanes at Big Beaver Road in Troy for days.

On July 12, at about 1:15 p.m., the driver of the tanker carrying 14,000 gal. of fuel drifted into the left lane, then hit the barrier wall before erupting into flames that burned for hours. The driver was rescued from the truck cab and hospitalized. There were no other injuries. The freeway was closed while emergency and environmental clean-up teams responded to the accident. Lanes in each direction were opened the following day.

"The fact that there are no fatalities shocks me," said Rob Morosi, spokesman of the Michigan Department of Transportation (MDOT). "Pre-pandemic, in 2019, we had about 170,000 vehicles using that freeway in a 24-hour period. With the pandemic, those traffic volumes decreased. With things starting to pick back up and more people returning to offices, it's still around 100,000." 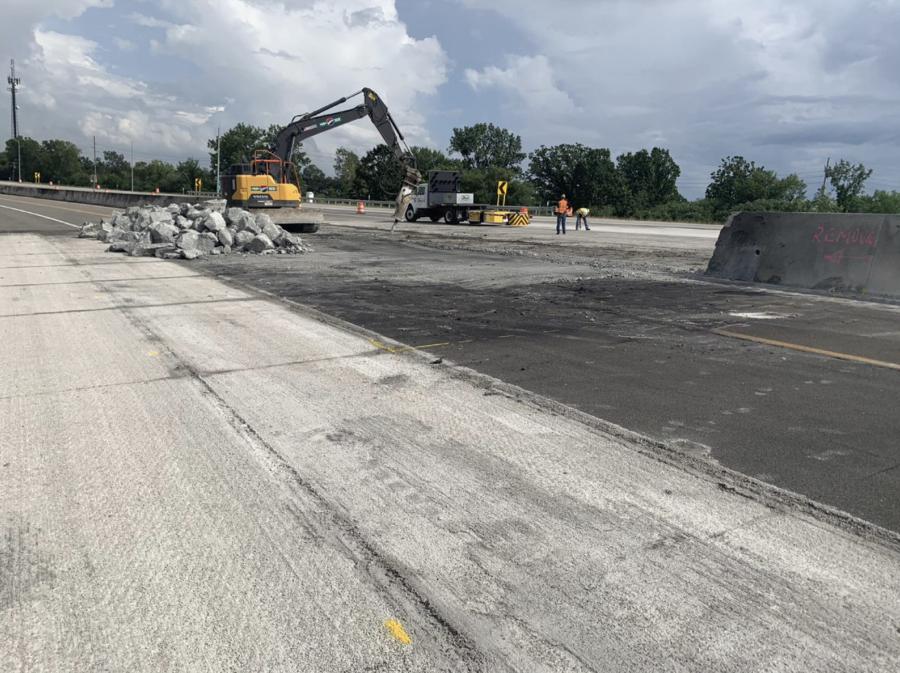 The section of freeway is part of the I-75 Modernization plan and had been rebuilt in 2019-2020. The contractor, Walsh/Toebe Joint Venture, has been working on the final tasks.

The accident damaged 150 ft. of pavement in both directions and 300 ft. of barrier wall. The damage from the heat of the fire compromised the stability of the pavement, necessitating the rebuild, Morosi said. The cost of the rebuild project is estimated at $1.5 million and is expected to take about six weeks to complete.

"We're rebuilding," said Morosi. "We currently set up a construction zone to replace the sections that were damaged. We'll rebuild the barrier wall, and we're working on the left center lane right now. When that is complete, we'll shift traffic over and rebuild the right lane and right shoulder. The interesting thing is, since the contractor is still doing the punch list, he still has presence. There is a lot of traffic control still out there and equipment still out there."

Crews used a pavement breaker to demolish the burnt section of the freeway lane, then applied a high friction treatment so that traffic would not skid on oil or the slick pavement, which is on a curved section of the road.

While crews are rebuilding the damaged sections, MDOT's damage claim coordinator is working to assess the damage and the cost of the response and repairs.

"This is not just for MDOT, but for local partners at the city whose fire department responded; the Oakland County hazard materials unit responded; the state agency, Environment, Great Lakes and Energy [EGLE] responded. There were private tow truck companies, and private companies that specialize in environmental cleanup. All those costs are compiled and submitted to the trucking company's insurance company."

The accident took place on Segment 2 between mile 13 and Coolidge Highway of the $1.6 billion I-75 Modernization project in southeast Michigan. The project saw the replacement of all the bridges carrying I-75 northbound over local roads.

It was the largest project in size and scope MDOT had tackled, including the replacement of 18 overpasses and bridges, as well as two cloverleaf interchanges replaced with diverging diamond interchanges.

I-75 is the most heavily used commuter route in Oakland County, which is part of the Detroit Metropolitan area. It sees 174,000 vehicles daily and is a gateway to tourist destinations in the north, and the largest north-south freeway in Michigan. CEG