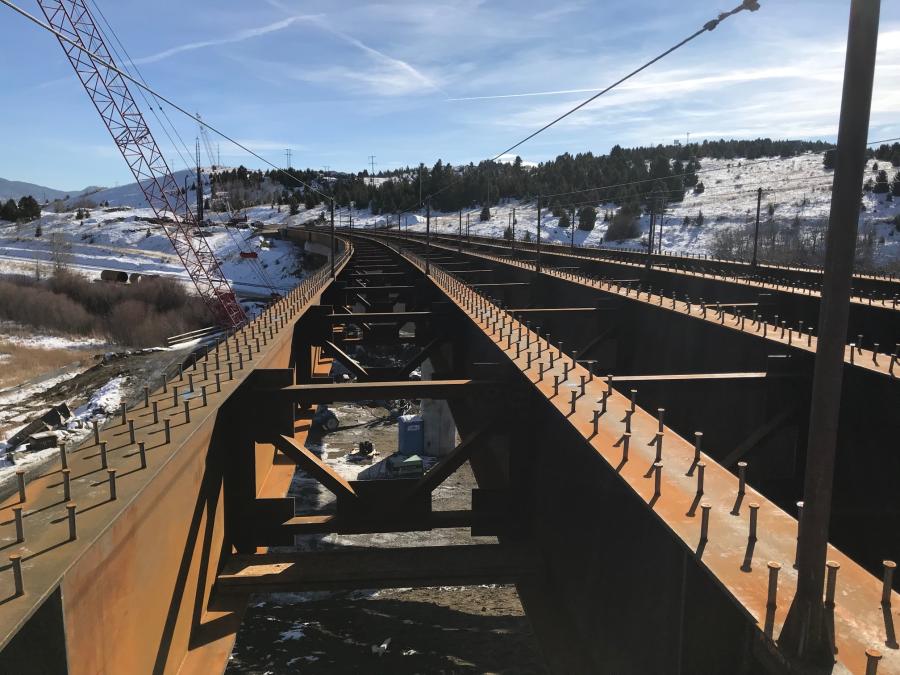 Engineers knew it was possible that at least a portion of the mine shaft was close to the surface. So, they designed the new bridges around the old mine to minimize the risk.

When the Montana Department of Transportation set out to reroute some outdated stretches of Interstates 15-90, it encountered an unexpected landmark. Located between the westbound and eastbound bridges, both built in the 1960s and considered "functionally obsolete" was an old, abandoned mine, dubbed the Olive Branch mine.

Engineers knew it was possible that at least a portion of the mine shaft was close to the surface. So, they designed the new bridges around the old mine to minimize the risk.

MDT will not do anything with the former mine, said Jeff Ebert, Butte district manager for MDT. The mine produced silver, as well as some gold, zinc and lead around the late 1800s and early 1900s.

"The timbers inside the mine that miners used to help hold the mine up when it was built are now in disrepair," Ebert said. "The mine also branched into horizontal tunnels that are throughout the whole area there, spiking out in various directions. In our opinion, it could have raised concerns with whether it was stable or not," he said. "It was a hazard."

The new road will change slightly from the original design. The eastbound bridge had been built into a curve, but will now be straight and located away from the old mine shaft.

Not having a curve in the bridge "increases the safety of the bridge," Ebert said. The new bridges also will be wider. 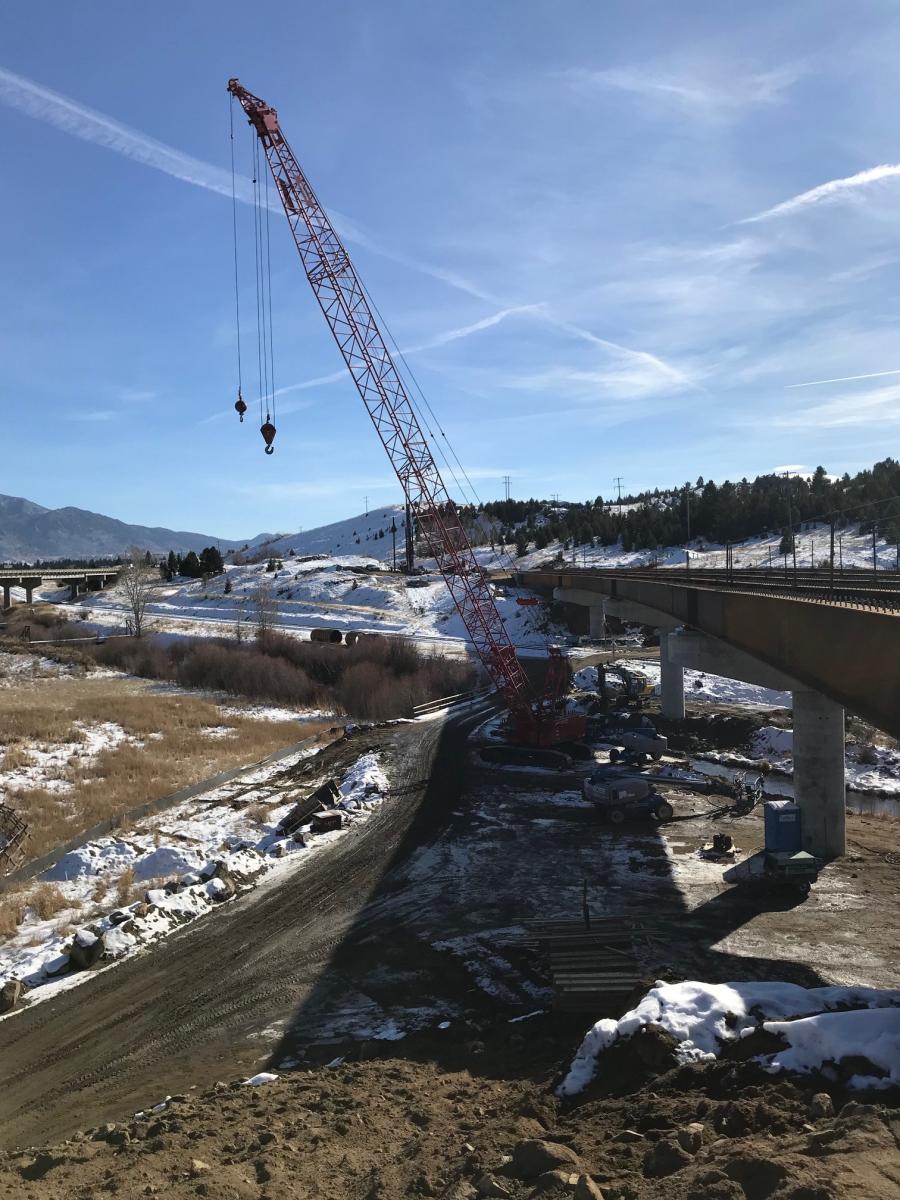 The $25 million project between Rocker and Butte is expected to take about three years to complete.

Phase one, which includes dirt work, guardrail installation and a bridge, is expected to be completed by the end of the year, said Geno Liva, Butte district construction operation engineer.

The schedule calls for traffic to be switched onto the new structures in the spring with phase two, removal of the old structures, also to get under way. Completion of the project will be in 2020 with chip sealing and final striping.

There have been some minor budget changes, driving the original $24.3 million project by up about $700,000, Liva said. Those costs included increased traffic control costs and an overrun of mine waste removal by about 700 percent of the original plan.

Crews have encountered numerous challenges, Liva said. The mine, however, was not one of them.

"One of the challenges has been the schedule," he said. "We are replacing two structures in each construction season of 2018 and 2019. This is significant because of the short construction seasons here in Montana. The contractor did experience some delay in acquiring steel for the project, as well, which compounded the short season issue. Moving the traveling public through the project site was another challenge on the project. This section of interstate carries traffic from both I-90 and I-15. While replacing the structures we have traffic in a two-lane configuration with the use of crossovers and have closed an interstate exit in one direction.

"Working around the mine has not caused many issues for construction of the project. Changes were made with the discovery of the abandoned mine shaft in the preconstruction phase. We included the work to cap the mine shaft in the plans and that work also is near completion. The public will benefit from the project in many ways including having improved structures on the roadway and a reconstructed roadway to travel on. The new structure is significantly wider than the old ones."