Merle L. Lloyd & Sons was founded in 1949 with nothing more than a unique entrepreneurial spirit and a cable shovel that Merle Lloyd purchased used.

Merle L. Lloyd & Sons was founded in 1949 with nothing more than a unique entrepreneurial spirit and a cable shovel that Merle Lloyd purchased used. With this shovel, he initially focused on doing local municipal work and some work for the state of Maine.

Now owned and operated by the family’s second-generation and presided over by Merle’s son, Jeff, the company has matured into a significant construction company that focuses on commercial site preparation, water and sewer installations, road construction, erosion control and seasonal snow removal. The company also owns gravel pits and granite quarries that produce a variety of high quality materials, including gravel, sand, rip rap, crushed stone and stone dust.

In 1960, Merle Lloyd had the good fortune to meet and hire Bill Libby. Libby was hired on for a two-week project and retired 35 years later.

“Dad and Bill were largely responsible for the growth of this company,” said Jeff Lloyd. “They built the foundation for who and what we are today.

“In 1970, my brother, Peter, joined the company and I joined in 1975. Where Dad had primarily focused on municipal work, my brother and I really started to move the company towards doing private and corporate work.

“In 1987 Madison Paper did a massive expansion project. We did an awful lot of the site work and excavation along with Cianbro, who was the general contractor for the project. After the Madison Paper project, we were equipped and had the background to tackle larger, commercial projects, and we have traveled across the state of Maine to do them. Today, we still do commercial work. We have also once again started focusing on municipal work and residential work.”

The backbone of Lloyd’s crushing operation is a 1960 Pettibone universal jaw crusher that feeds a Telsmith secondary crusher. Despite its age, the jaw has always been a reliable tool in the Lloyd quarry and may have been somewhat taken for granted until the day it went down, according to Jeff Lloyd.

“We started to expand into aggregate production in the early 1980s. The first pit that we purchased was really for our own use and gradually we started expanding production to satisfy outside sales. Today, we are operating out of two active gravel pits and two rock quarries. About half of the aggregate we produce is used for our own applications and the other half is sold to local municipalities and contractors.

“One project that has been in particularly high demand for us is 6-inch to 12-inch angular rip rap, which we make from material excavated at our granite quarry. Maine DOT has come to the realization that angular rip rap, when being used for bank stabilization, binds better than half round rip rap, and our stone is conducive to making the angular product.”

Lloyd’s aggregate production has a unique challenge; its primary gravel pit is located on a seasonal road and access is very limited from mid March to early May. Blasted granite is hauled a short distance to the Norridgewock Pit location where the rock is processed, and that is where its jaw and secondary crusher are located.

Early this spring as the crushing season was ramping up, the old jaw crusher failed and Jeff Lloyd needed a 24 by 36 jaw that would fit into his existing frame, and he needed it in a hurry.

In his initial investigation he found out that a jaw built to the specs that he needed was most likely not available for fast delivery, and if it was available it was going to be very expensive. That all added up to big trouble, that is until it was recommended that he contact EESSCO.

Within short order Mike Vining of EESSCO was talking to Jeff and his crusher foreman, Kent Hayden.

“When it comes to the crusher side of the operation I rely heavily on my crusher foreman, Kent Hayden,” Jeff said. “Kent is the kind of guy that ordinarily cannot be bothered with discussions on breaking rocks unless it’s a discussion with someone who really knows what they’re talking about. It became obvious to me rather quickly that Kent was giving Mike Vining and EESSCO the seal of approval.

“Mike quickly went to work with one of their suppliers, Trio, to locate a product that would fit our needs and to our relief and surprise a jaw that nearly exactly fit our needs was located in California at a cost that was significantly less than what we had expected. The call was made on a Tuesday and the crusher rolled into our pit on the following Thursday. Kent went to work making a couple of modifications on our plant to accommodate the jaw and seven days after it was delivered we were back up and running. Two weeks from the time the order was placed we were up and breaking stones.”

As might be expected when replacing outdated machines with new ones, production levels went up, in this case approximately 20 percent. As a bonus when processing angular rip rap, Lloyd found that because this jaw opened somewhat further that it produced larger rip rap that leaned more to the 12-inch side of the 6 to 12-inch product that it was making. 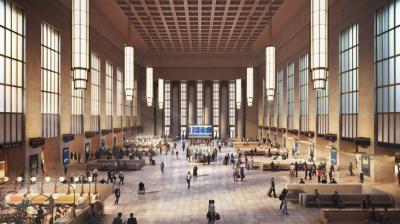