Messick's Steps Up to Help During Crisis in a Different Way 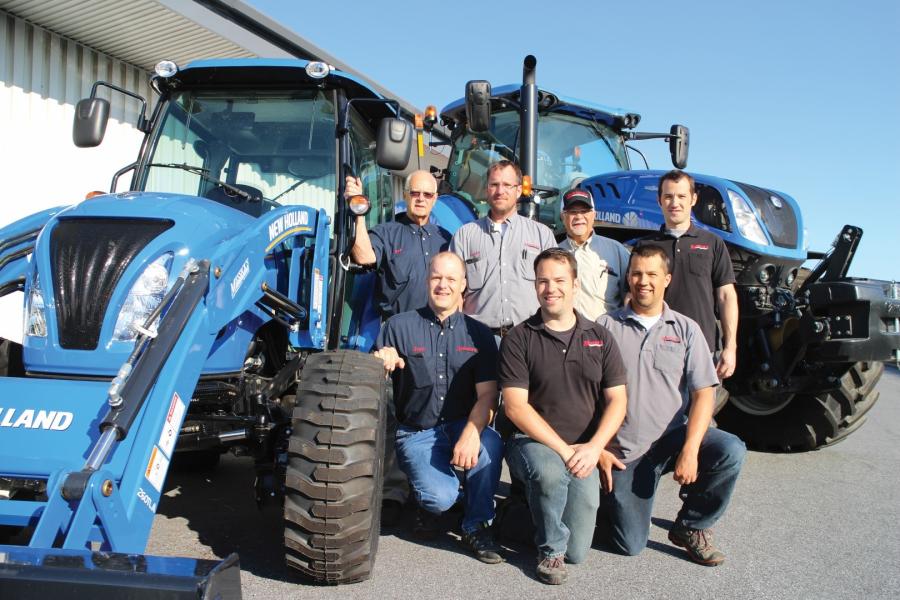 An awareness of the effect the coronavirus pandemic was having on the food supply in the local community and beyond recently led the folks at Messick's to step in and see if they could help in a different way.

The farm and construction equipment dealership has five stores in South Central Pennsylvania.

"We had an ‘aha' moment of recognizing that as consumers we're facing shortages in grocery stores, while at the same time our farmers are dumping milk because of supply chain disruptions," said Neil Messick, IT\marketing\Kubota product manager of Messick's. "It seemed like an easy way to both support our employees and the dairy industry at the same time to try and bend the supply chain a little. We pulled in the food banks suspecting that we would be buying more than our staff could absorb."

Messick noted that food banks are facing unprecedented demand for their services, with so many people out of work while there are limited resources to meet those needs.

He first contacted an organization he was familiar with called ECHOS (Elizabethtown Community Housing and Outreach Services) that meets family needs in his community.

Messick said the company is always looking for ways to assist.

"Each person's needs are different during this time," he said. "Some have greater concerns at home, others really need employment. We try and listen and accommodate."

Messick noted that the company offers services to agriculture, making it an essential business that remains open.

"To protect staff, we've significantly increased cleaning and sanitation," he said. "We've closed all our showrooms to outside vendors and customers and are working primarily with off-site and will-call service." 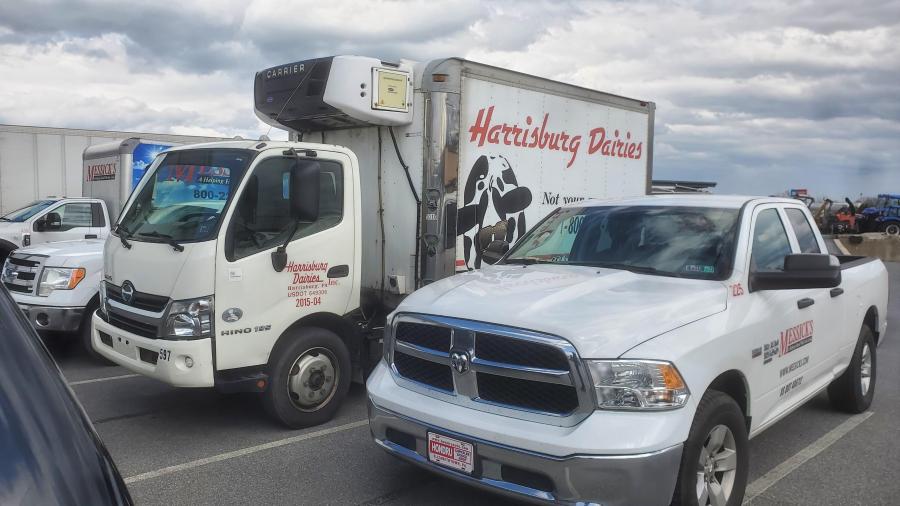 Messick hopes that other companies will try to help in a similar way.

"I came away from this frankly frustrated by how easy it was to help and wondering why more companies are not looking for these opportunities," he said. "Not all your readers [CEG] have dairy industry connections, but surely they are a part of a larger community that's facing unprecedented need. As business leaders, all we need to do is connect to the dots between the resources and needs that are in our day-to-day businesses."

Beth DeGoede, ECHOS administrative assistant, noted that it is her understanding that the donation is being used by multiple organizations to help those in the Elizabethtown area who are struggling.

The director of the Community Cupboard, which shares a building with ECHOS, stated that she received a call about a large milk donation, and she realized that there would be more milk than the organization could store.

She spoke to several other organizations and it was decided to split the donation as needed between the various agencies.

Although shortages are reported in some areas of the country and long lines of cars for food banks have been reported in Pittsburgh, DeGoede stated that this is not the case in Elizabethtown.

"Our community has been distributing approximately 250 bagged lunches every Monday–Friday," she said. "These are primarily for the kids who were receiving free lunches from the schools, but no one is turned away. Cornerstone is a youth outreach program whose activities have been halted, as has the Senior Center free lunches, but they both have reached out to their most vulnerable and have been able to provide for them. The Community Cupboard is our local food pantry. They have switched to a box pick-up model, instead of a personal shopping model for safety reasons, but are still packing the boxes with items that the customers prefer. They have been serving over 50 families each week."

Messick shared a bit of the company's story in a YouTube video.

"If you pay attention to the news at all there's been a lot of interesting stories happening around the whole COVID-19 thing," he said. "You've had situations … where you can walk into grocery stores right now and not be able to find milk on a shelf. At the very same time, you'll see other news stories telling you how dairies have had no choice but to dump milk, so you're going to see a farmer take their milk tank and basically dump it into their manure pit."

He explained that this can happen for a variety of reasons, but he saw a huge contradiction between dumping the milk and shortages.

"Why is nobody going out and connecting the dots between the two in order to meet this need?" he said. "The whole thing just makes no sense."

He said that in just talking about the situation, someone suggested that he call and see if he could buy some milk. 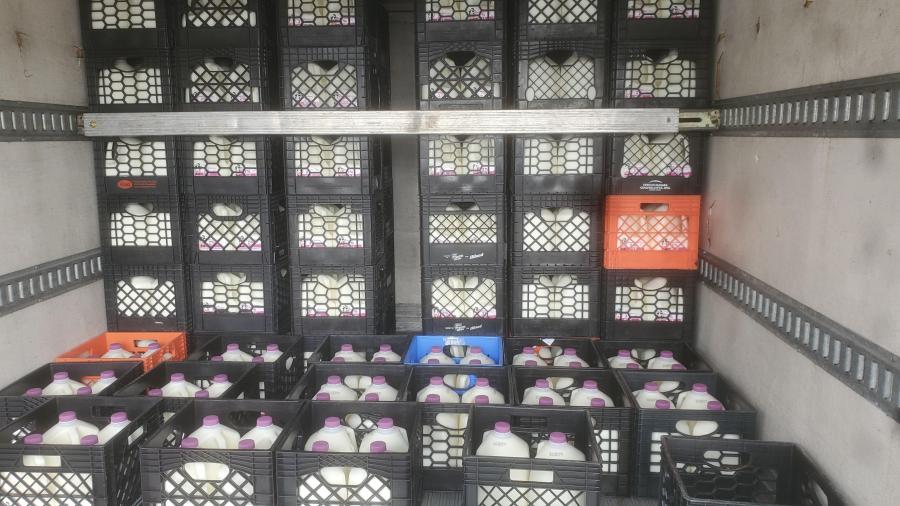 "That seemed like a difficult thing to do," he said. "Like if you can't get it in the grocery store, how can you possibly just pick up the phone and buy milk? And that is what we did ultimately. We called up Harrisburg Dairies, a local processor here … and our business bought 500 gallons of milk."

The initial intent was to provide milk for employees and their families, with the excess going to the food bank.

"I wanted to share that because I'm really surprised that there are not more ways that we're out there trying to connect the dots on this kind of thing, especially if you're a business or an individual in the dairy industry," Messick said. "It was almost frustrating to me how easy this was. I expected it to be hard that we would have to navigate this difficult system. It was literally one phone call. Three minutes on the phone and two days later there's 500 gallons of milk sitting here in a refrigerated truck."

He said he wanted to encourage others to use their own connections to make the same kind of impact in their local areas.

Bill Cressler, general manager of Harrisburg Dairies, a family-owned and -operated business since 1931, noted that a large percentage of the business is food service and schools.

"So when everything was shut down, we lost all that business just like that," he said. "The first week, the general public were all panicked and stockpiling their refrigerators and freezers and everything, so the first week wasn't too bad as far as the sales and the milk because retail picked up for that. The second week, everybody was stocked up and it was kind of a quiet week. And then of course the third week, it's not going to pick back up and we're going to have a surplus of milk."

He explained that at that point, they turned to their partners in the dairy industry that normally buy surplus milk, such as when schools and colleges are out for the summer.

"You budget for that so you have partners that can take that excess milk," he said. "But when everybody's in the same boat as far as having too much milk, then you don't have your source to get rid of the excess, so that's why we had to ask our farmers to dump a number of their loads of milk in the drain which goes to the manure pit."

Cressler has been at the dairy for 22 years and spent time in his family's grocery business before that, and he has never seen anything like this.

"The only thing remotely close would be a blizzard where you couldn't get to the farm to get the milk," he said. "I remember the blizzard of '93 and '96 and it was a pretty big deal for the time. I don't know if there's every been a time before."

Cressler said Messick talked to him about purchasing milk for his employees and to donate.

"It was easy to set up," he said. "And it was definitely a great thing that he did. He just did it out of the generosity of his heart, but he'll reap the benefits going forward."