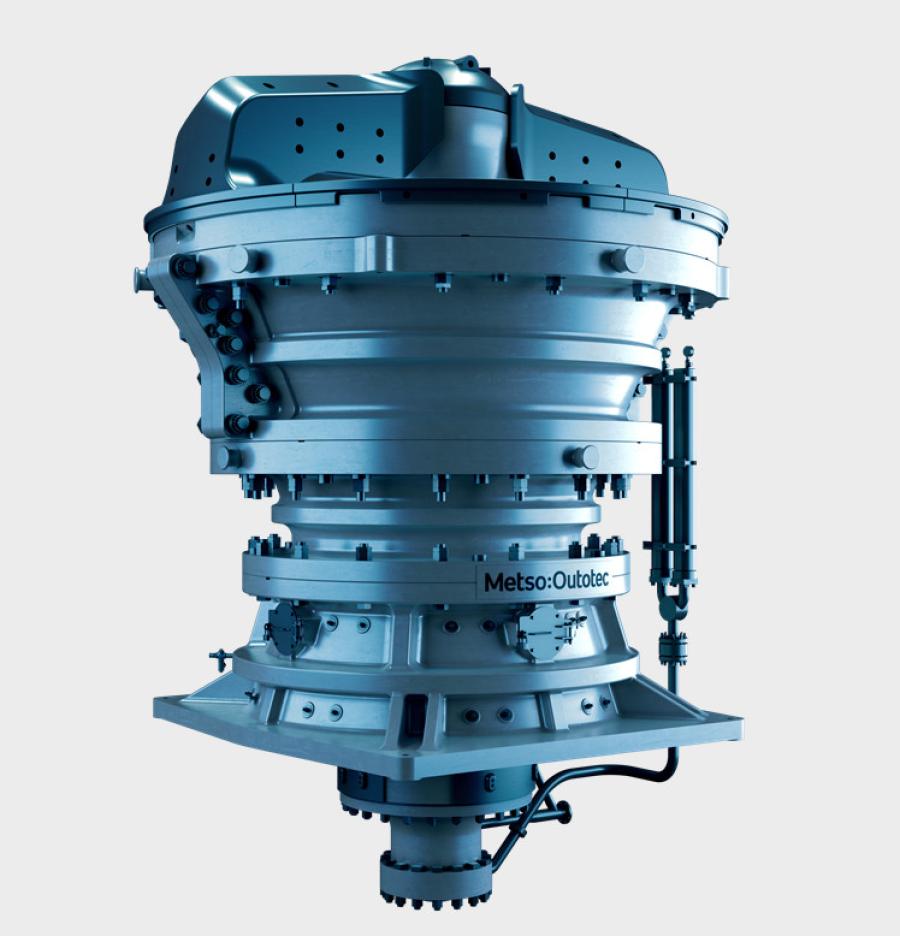 The crusher was born out of a need for a high capacity underground primary crusher that did not require a primary feeder, scalper and the associated infrastructure therein.

Metso Outotec is launching an extension to its primary gyratory crusher range: the Superior MKIII 6275UG.

The new crusher, which can be used in different types of applications, provides large capacity with significant savings in CAPEX and operating costs, according to the manufacturer.

"We are very excited about the Superior MKIII 6275UG. As a direct response to the market demand, we've designed a more compact primary gyratory crusher reducing CAPEX that is applicable to both underground and above ground applications for the mining industry. We think that we have achieved our goal and upheld the superior standards we are known for," said Jim Bathie, VP mining crushers at Metso Outotec.

The crusher was born out of a need for a high capacity underground primary crusher that did not require a primary feeder, scalper and the associated infrastructure therein. Minimizing the need for high cost stationary grids to control topsize underground was a requisite, and the large topsize acceptance was met with the UG design.

Additional requirements for an underground crusher were the ability to transport the components down shafts with spacial restrictions, assemble the crusher with minimal need for welding and hot works, and the ability to feed the crusher from 360 degrees around the feed opening; these were all met with the 6275UG MKIII.

The 6275UG crusher's feed opening is 15 percent larger than in similar crushers, while also reaching up to 30 percent more capacity than other crushers. Optimized production can be ensured with advanced automation. The up to 10 percent reduction in station height translates into a remarkable reduction in the CAPEX costs, reaching even 20 percent, according to the manufacturer.

Some additional key design targets for this new crusher were less downtime and easy maintenance. In MKIII UG, downtime can be reduced by up to 70 percent due to concave replacements with another Metso Outotec proprietary innovation, the Rotable Topshell.

Additional benefits with the SmartStation concept:

The Superior MKIII 6275UG is designed to be part of a SmartStation, where productivity and availability are optimized with sophisticated automation in each phase of the process.