A war between giants in the casino world has escalated. 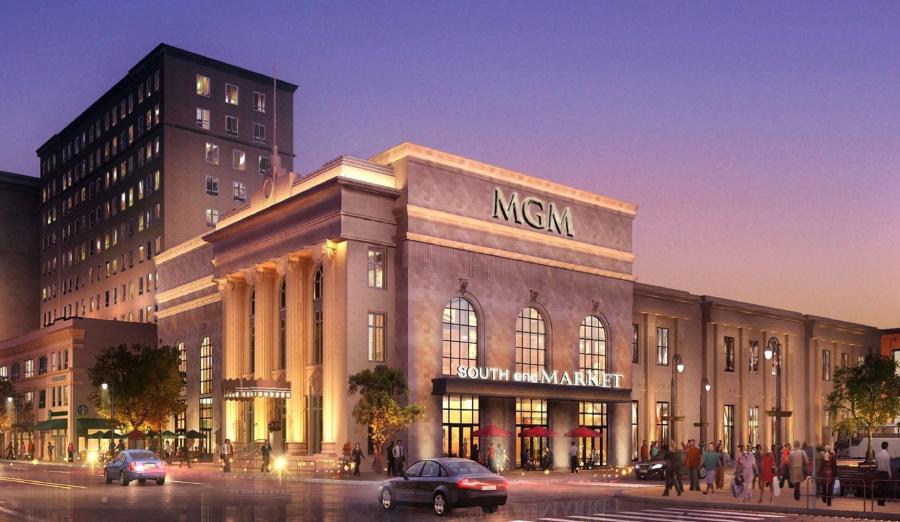 A border war between titans in the casino world has escalated.

HARTFORD, Conn. (AP) A border war between titans in the casino world has escalated, with MGM Resorts International stepping up its opposition to a proposed tribal casino project in Connecticut that's supposed to help the tribes fend off competition from MGM's planned $950 million project in neighboring Massachusetts.

Besides challenging the law, which laid the groundwork for the possible satellite casino, MGM was credited in June with proposing the surprise amendment to a federal defense bill. It would have prevented tribes with casinos on tribal land, like Connecticut's Mashantucket Pequot and Mohegan tribal nations, from opening a venture off-reservation in the same state.

“It's pretty exceptional to try to solve a local issue in the defense authorization bill. So, we weren't going to let that amendment go anywhere,” said Connecticut Sen. Chris Murphy, who worked with fellow Democratic Connecticut Sen. Richard Blumenthal to scuttle the provision. “But it's clear that MGM is using every angle they can find to try to stop this project from going forward.”

Clyde Barrow, an economist and general manager of Pyramid Associates, a Massachusetts consulting firm that conducted a market analysis for the two Connecticut tribes, said “the magnitude of what MGM is engaged in is probably above and beyond anything I've seen elsewhere in the country at this point.”

Alan Silver, a casino industry expert at Ohio University, contends MGM's tactics are not surprising, given what's at stake.

“I think any business person would be doing the same thing,” said Silver, who agrees MGM should question the fairness of Connecticut's law. Proponents maintain the jointly run satellite casino could protect thousands of jobs at the tribes' two existing casinos in southeastern Connecticut — Mohegan Sun and Foxwoods Resort Casino.

The state legislature still needs to approve any new casino. The tribes have yet to pick a potential site.

Alan Feldman, executive vice president of MGM Resorts International, said MGM isn't fighting the proposed satellite casino per se, but rather the process created by Connecticut to possibly allow a casino on non-tribal land. While MGM has not said it was responsible for the amendment to the defense bill offered by the two senators from Nevada, MGM's home state, Feldman said other developers besides the tribes should be allowed to compete.

MGM has limits on how close to Springfield, Mass., it can build another facility, but Feldman said it might make financial sense for the state and MGM to open a casino in populous southwestern Connecticut. But Feldman said there's no opportunity for MGM to prove it can offer a better option that could lead to more revenue and jobs.

“We'd like the ability to show that we think there is a better alternative,” he said.

Besides filing the federal lawsuit — and now appealing a judge's recent dismissal — MGM has teamed up with a state-recognized tribe that filed a similar suit. MGM also is challenging the closed-door meetings by the state's airport authority about possibly hosting the casino at Bradley International Airport, about a dozen miles from MGM's Massachusetts project. MGM has enlisted former U.S. Attorney General Eric Holder and a contingent of state lobbyists and public relations experts as well.

“MGM's shameless tactics are well-documented,” said Andrew Doba, a spokesman of the two tribes. “They will say anything, do anything, spend anything to protect their bottom line. And if they're successful in Connecticut, more residents will find themselves in the unemployment line.”

In 2012, MGM and competitor Penn National Gaming Inc. each spent tens of millions of dollars in an advertising battle over a gambling expansion ballot question in Maryland. MGM ultimately won and construction of the $1.3 billion MGM National Harbor casino is under way. Two years later, MGM teamed up with a California anti-gambling expansion group to oppose the federal recognition of the Pamunkey Indian Tribe in nearby Virginia. The tiny tribe, which ultimately won recognition, had considered gambling.