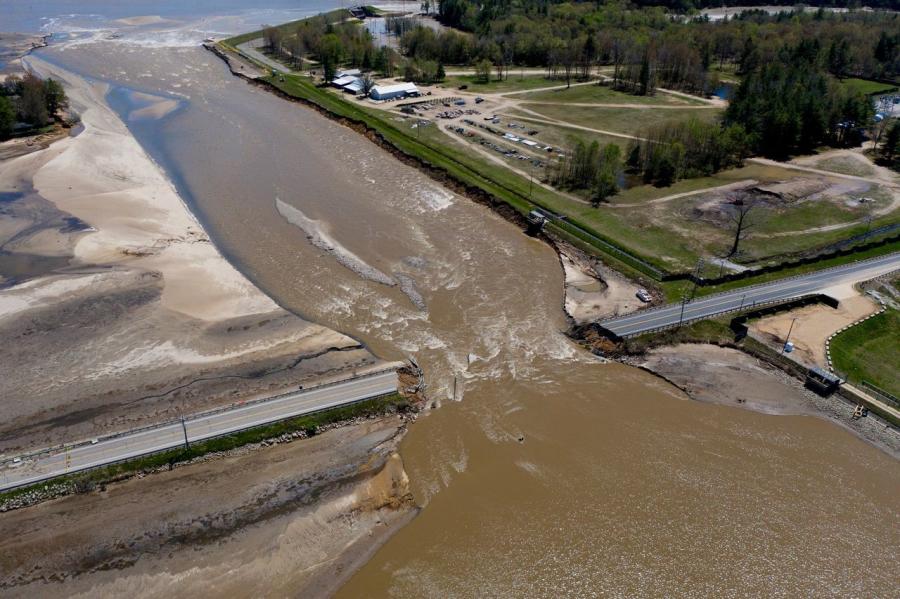 LANSING, Mich (AP) State investigators and contractors started assessing the remaining portion of a Michigan dam whose failure this spring contributed to millions of dollars in flood damage and destroyed more than 100 houses.

The state said Aug. 10 that it is taking over the assessment after the owners failed to comply with a federal court order to determine what additional work might be needed to stabilize the Edenville Dam and ensure the safety of residents in the Midland County area.

The owner of the nearly 100-year-old dam, Boyce Hydro, has said it could not afford to make the changes that the Federal Energy Regulatory Commission had recommended before Edenville failed in May. Boyce Hydro declared bankruptcy in July.

"With Boyce in bankruptcy and unresponsive to both the court's order and our inquiries, we are going forward with the needed engineering assessment," said Teresa Seidel, director of the Michigan Department of Environment, Great Lakes and Energy's water resources division.

"They create a narrative that suits their interests with total disregard for whether the statements are true or false," Kogan said. "Instead of going to a court of law they went to the court of public opinion with a false statement. That way they can shape the outcome better."

Gov. Gretchen Whitmer ordered a separate investigation into why Edenville and another dam in the area failed.

Since the failure of the Edenville and Sanford Dams, the state announced it would beef up its Dam Safety Program by hiring a third dam inspector. In 2018, an EGLE inspection found the Edenville dam in fair condition.

The failure of the two dams destroyed 150 houses and caused more than $200 million in damage.