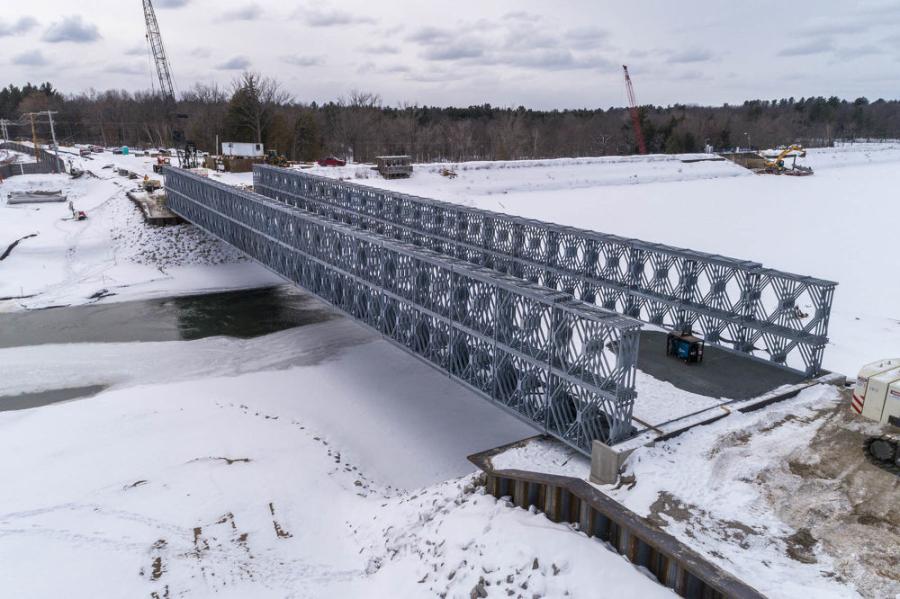 Crews have installed all bridge deck panels. Final paving will be scheduled when plants resume operations in May. (Michigan Department of Transportation photo)

The Michigan Department of Transportation (MDOT) opened the M-30 temporary bridge over the Tobacco River in Gladwin County March 11, following a 10-month closure of the M-30 corridor due to several locations of bridge damage caused by flooding and infrastructure failures in May 2020. 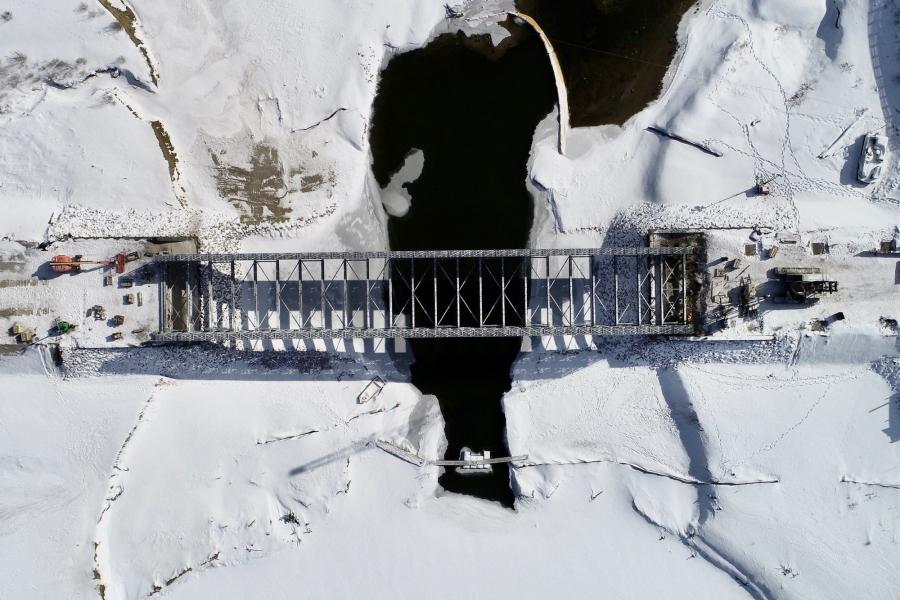 Work resumed on the temporary structure on Feb. 15, following paving delays related to low temperatures. Prior to the week-long work stoppage, crews successfully launched the 230-ft. prefabricated steel bridge into place. This bridge is the first of its kind used in Michigan and is an opportunity to reopen the M-30 corridor faster than using standard bridge design and construction. When a permanent bridge design is determined, MDOT will remove and store the temporary bridge for use in future projects or emergency road closure situations.

Following the bridge launch in early February, crews placed temporary deck panels finished with an epoxy surface suitable for driving. When hot-mix asphalt (HMA) plants reopen this spring, crews will return to the site to complete longer-term HMA paving over the roadway.

The bridge is a temporary fix intended to be in place for five to seven years. The 230-ft. structure cost $4.5 million for the bridge components and installation. By using a temporary structure, MDOT was able to reopen the roadway less than one year following the flood damage, as opposed to the standard design and approval process, which typically runs three to five years.

Following the 500-year event in May 2020, MDOT and local officials were forced to close nearly 30 roads and bridges across several counties, including two locations along the M-30 corridor in Midland and Gladwin counties. Several local roads also were closed, cutting entire communities in half and forcing commuters and local residents to follow lengthy detours. 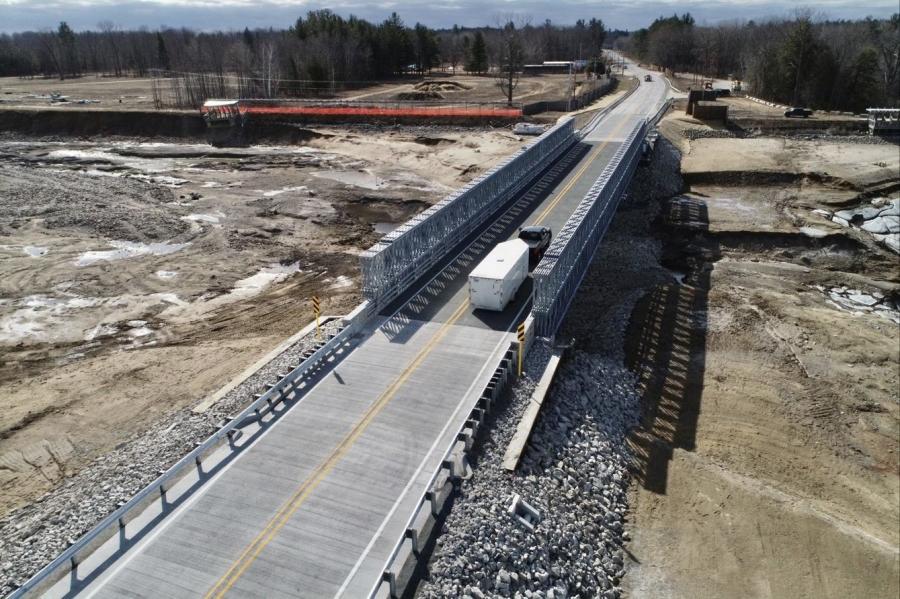 MDOT staff estimate damages to infrastructure from the flood are expected to exceed $100 million and to date have begun to receive installments of emergency federal funding to help offset the costs of repairs.

MDOT will begin working on a permanent bridge design for M-30 over the Tobacco River in the near future and will start work to replace the M-65 structures at Big Creek and Jose Drain in Arenac County, also damaged as a result of May flooding.