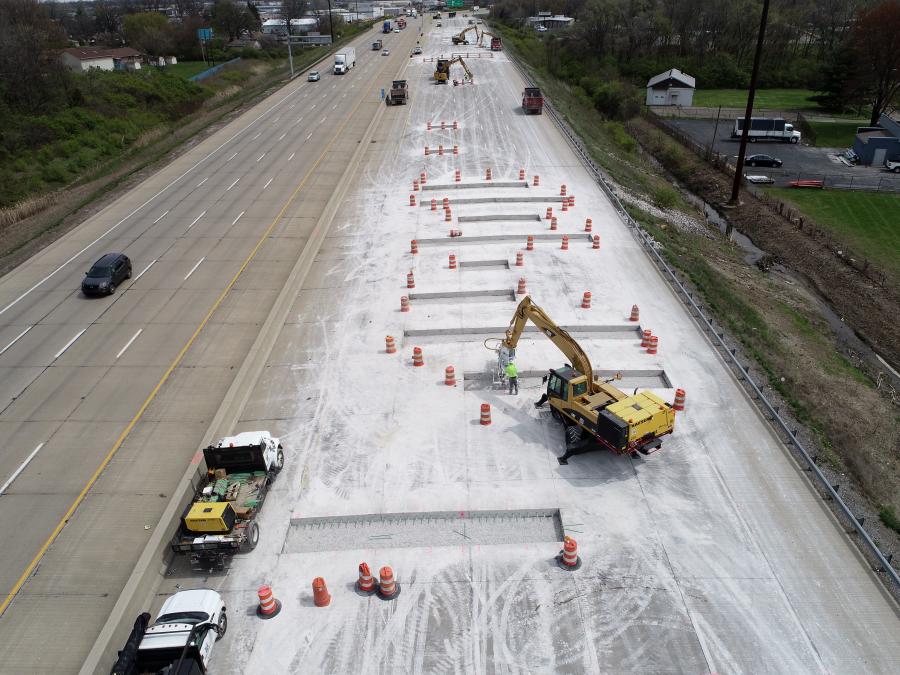 Nicknamed "The Crossroads of America," Indiana is a hub for several major interstate highways that crisscross through the state. Gaining its nickname from the intersecting of important roads and its centralized location, the Hoosier state is home to more pass-through highways than any state in the United States.

Each year, 1.5 billion tons of freight travel through Indiana, making it the fifth busiest state for commercial freight traffic. To maintain and improve this important web of infrastructure, Indiana is taking transportation to the next level. Next Level Roads, an initiative led by Gov. Eric J. Holcomb, was created to elevate Indiana's economic competitiveness and quality of life through investment in transportation and infrastructure.

According to the Indiana state government website, this sustainable, data-driven plan outlines approximately $30 billion in total investment in Indiana's highways over the next 20 years. Nearly 90 percent of those dollars are dedicated to improving the condition of existing roads and bridges, enhancing safety and correcting drainage issues.

One of the Interstates getting much-needed pavement replacement and new bridge superstructures is I-74. The concrete pavement rebuild includes a 13-mi. section of I-74 in northern Ripley County, southeast Franklin County and southwest Decatur County. Milestone Contractors L.P. is leading the 2.5-year reconstruction project — a $61 million job.

Spanning across six cities in Indiana, Milestone Contractors L.P. represents more than 75 years of experience in the construction industry dating back to the 1930s. As a fully integrated highway, heavy construction and site-development general contractor, Milestone takes pride in being a one-stop contractor.

"‘One call does it all' is the best way to say it," said Steve Friess, concrete operations division manager of Milestone Contractors L.P. "Being able to provide construction services for all phases of highway construction has a lot of benefits for the customer and our employees. We take pride in what we do."

This pride was evident on the I-74 project.

To keep drivers safe and reduce roadway congestion on I-74, the project was broken up into phases focusing on patching, shoulder strengthening, widening and building crossovers for future traffic shifts.

Breaking ground in 2017 operations focused on concrete pavement construction at the east and west end of the project limits. By 2018, all I-74 traffic was shifted to westbound lanes while full-depth pavement replacement occurred in the eastbound lanes. One lane of traffic, separated by a concrete barrier wall, was maintained in each direction of the westbound side of the highway.

In the last year of construction in 2019, Milestone Contractors shifted all I-74 traffic to the rebuilt eastbound lanes, with one lane in each direction separated by a concrete barrier wall, while westbound lanes were constructed.

The dowel-pin drilling aspect of the project represented a major challenge for Milestone. Friess said limitations of the job challenged his company to have hundreds of holes drilled, prepped and ready before the pour crews came in, which meant they had to be off the road at a certain time.

"We had a lot of work ahead of us, and our time frame was pretty tight at first," said Terry Burris, general superintendent of concrete operations of Milestone Contractors. "We eventually got more time and more lane closures, which helped tremendously. With the extra advantages, we were able to incorporate larger equipment to drill additional holes per day."

Save Time With Dowel Pin Drill

Minnich on-slab self-propelled wireless dowel pin drill units are designed to increase drilling efficiency, accuracy and safety, according to Minnich Manufacturing. Wireless remote-control technology enables operators to drill several holes at once and drive down the slab to drill the next set of holes — all while standing in the grade away from equipment.

From this clear vantage point, operators can drill faster and more accurately while avoiding dust, debris and obstacles, according to the company. Power crab steering further boosts efficiency by letting operators drive down the slab without raising and lowering the drill bed.

The Minnich dust collection system uses Venturi-style suction to remove dust at the source as the operator drills. The compact, canister-style unit runs off of the same air compressor used for drilling, eliminating the need for an additional power source.

"The speed of the drills got us in and out so we could move forward quickly," Burris said. "The safety aspect of the drills with the dust collection system is phenomenal. It makes it a lot easier on your workers when you aren't fighting the dust."

"One of the things we like to pride ourselves in is that we are probably one of the few contractors that have the dust collection system on all of our drills," Friess said. "It's all about worker safety. We pride ourselves on that. And with the Minnich drills, it's an all-around win with the safety aspect of what the drills have to offer."

Operating on half of Indiana's patching projects over the years, Milestone Contractors understands what it takes to meet the demands of projects no matter how big or small the job may be. From highway patching to heavy construction, the team at Milestone Contractors has found its greatest strength is the ability to perform complex projects within a tight time frame and deliver a quality product on time within budget.

Working with 10 Minnich drills at Milestone Contractors and after using Minnich for most of his career, Friess has found that it's not just the drills that make a difference on the job site, but also the people you work with.

"The service is phenomenal both from the factory and our local representative," Friess said. "If we have people out working, someone is always available 24/7. The whole Minnich family is involved in their business and it's great working with them."

Transportation plays a major part of Indiana's success story, and now so does Milestone Contractors L.P.