Mine Turns to Some 'Coal Cats' for Mass Excavation 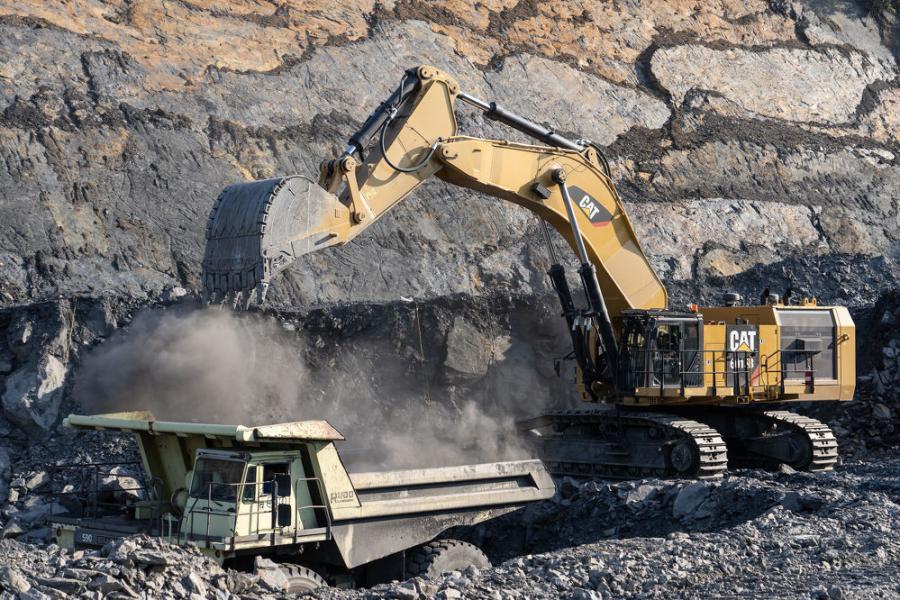 The 6015B loads a Euclid haul truck with overburden from a fresh “shot” which took place a few days earlier.

Lehigh Anthracite operates two Caterpillar 6015Bs, the newest of which was delivered and assembled in May of this year. Its first 6015B operates at the Little Italy site, and the second (newer) operates at the Job 88 site. Both of the shovels are tasked with removing overburden so the coal can be removed by the smaller excavators and draglines. Lehigh Anthracite's first new shovel purchase was the Caterpillar 6030FS back in 2011. This particular shovel (the 6030FS) also was the first Cat-branded shovel delivered in the United States. The shovels have all been purchased from Cleveland Brothers. Both of the 6015s are set up as mass excavators. 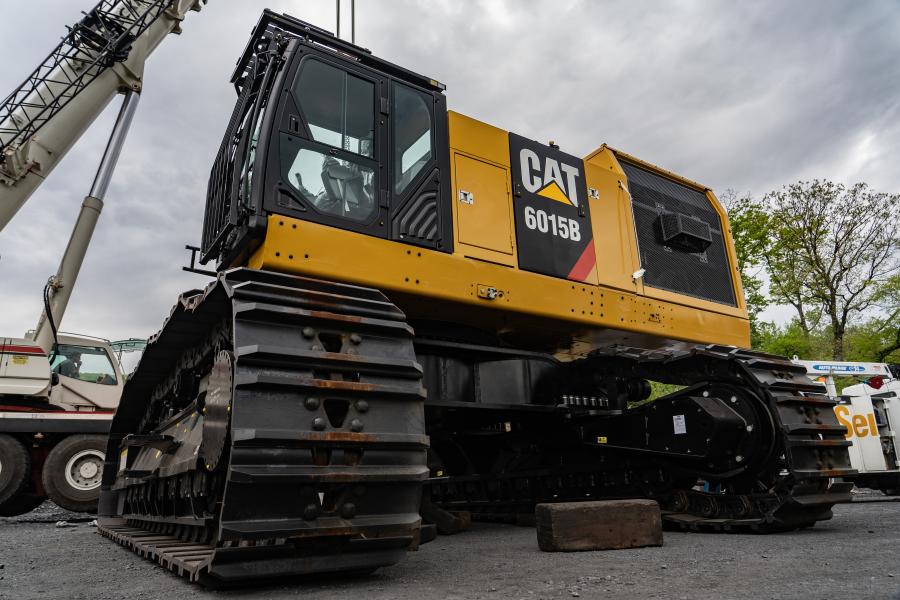 Once the second order was placed, it took three months until the machine was delivered and assembled on Lehigh's property. Because the machine is built in Germany, it must be shipped to the United States and then pass through U.S. Customs. Keen Transport Inc. was responsible for hauling the largest pieces of the shovel to the assembly area. This machine is far too large to assemble at a dealer and move to a site. The carbody, tracks, bucket, stick, boom, counterweight and other pieces were brought in on six trucks. Cleveland Brothers transported crates with smaller items in them, such as walkways, pins, bolts and other smaller pieces.

I.B. Dickinson & Sons Crane Service provided the cranes to assist in the assembly of the large pieces. It took five days to assemble, test and train the operator. Another company was brought in to install an on-board fire suppression system on the shovel. As soon as the fire suppression system was installed the new machine was placed into service.

Lehigh chose a second 6015B machine because of its price and size.

The Caterpillar 6015B is classified as a hydraulic shovel. The 6015B made its official debut in 2015 after a year of testing in many different environments. Shortly after its debut, the shovel was ready to be purchased by Caterpillar customers. The 6015B is powered by a C27 12-cylinder turbocharged diesel engine, which makes around 813 hp. When the machine is fully assembled, it weighs in at 154 tons. Caterpillar offers a few different bucket options with its 6015B, including a coal bucket, extreme duty bucket, general duty bucket and a heavy-duty bucket.

Since beginning its mining operations in 2011, Lehigh Anthracite has turned to Cleveland Brothers for a significant portion of its machinery fleet. This includes the 6030FS, RH120-E shovel, multiple 777Ds, loaders and dozers. Rusty Taylor, the CEO of Lehigh Anthracite LLC, has praised Cleveland Brothers for its customer service and quick turnaround time when parts are ordered. CEG