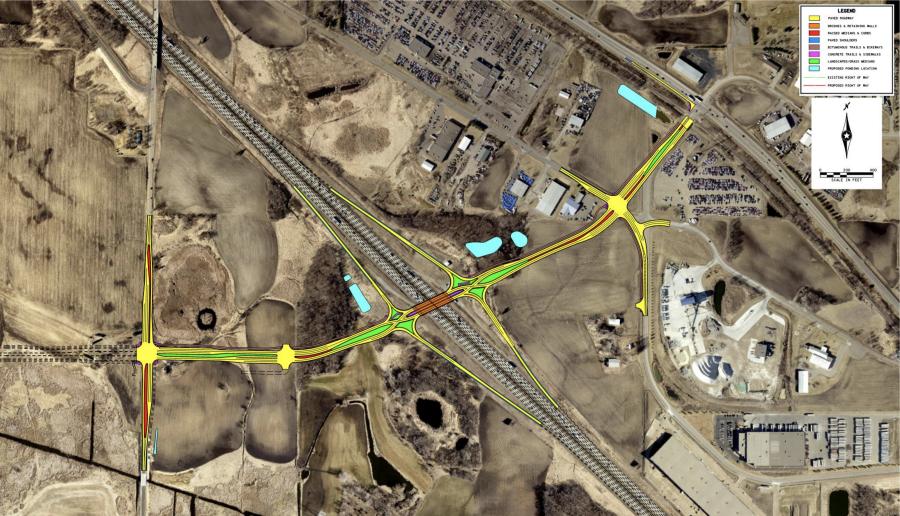 The interchange at Highway 36 and Manning Avenue will improve access to planned development in the area, which includes a future Lakeview Hospital complex, a grocery store and other business development. The project is expected to help create 360 new jobs within five years.

The Minnesota Department of Transportation announced awards for five state highway projects that will help support growing industry and businesses, leverage private funding and improve the transportation system for all users.

A total of $20 million was available for projects in this round of the TED program. MnDOT anticipates soliciting additional projects in Greater Minnesota in 2020 for the remaining funds.

A previous TED project, which received funding in 2015, was opened to traffic in November 2019 at the intersection of Highway 36 and Hadley Avenue in Oakdale.

Project improvements included a new bridge, interchange ramps, pedestrian improvements and the Gateway Trail underpass. The improvements resulted in reduced travel delays and improved safety for people driving, walking and bicycling in the area. There also will be a reduction in emergency response time for the Oakdale fire station, which is located near the new interchange. Strong local leadership by Washington County and support from federal, state, city and private partners resulted in a successful project.

The TED program was established in 2010. DEED administers a parallel program, mn.gov/deed/government/financial-assistance/business-funding/tedi/, that funds projects on local roads and for other types of transportation. Projects may combine funding from both programs.