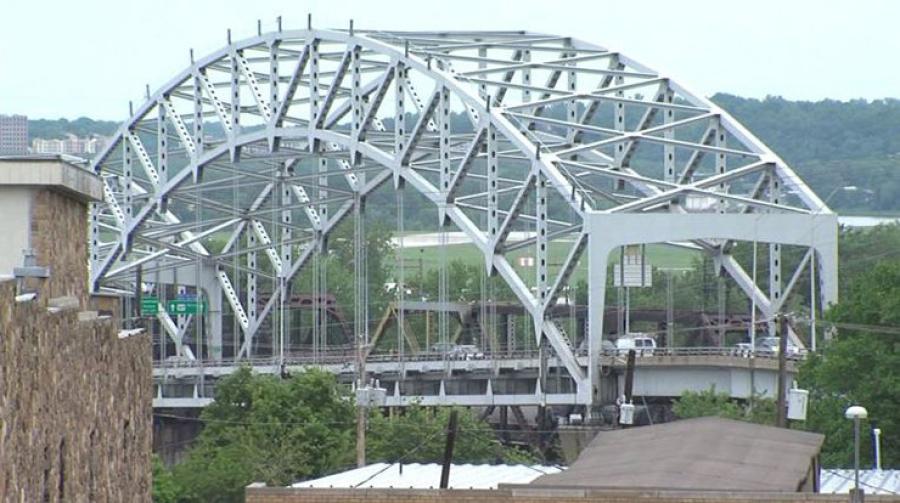 On Feb. 3, the Missouri Highways and Transportation Commission announced that it had selected Massman-Clarkson, A Joint Venture, as the design-build contractor to replace the Buck O'Neil Bridge, formally known as the Broadway Bridge. Construction is anticipated to begin in fall of 2021 and be fully complete by late fall of 2024.

"We are thrilled by the decision and look forward to working with Massman-Clarkson, A Joint Venture," said Dave Silvester, Missouri Department of Transportation Kansas City District engineer. "This is such an important regional project that wouldn't happen without the partnership between the city of Kansas City and MoDOT."

"This is a significant milestone for the project, and the city of Kansas City is glad to see this progress," said Brian Platt, city manager. "We will continue working with the state to ensure the project employs a diverse workforce as we build this vital and transformative economic link between downtown KCMO and our northland region. This will benefit our residents and visitors by adding bike and pedestrian facilities, improving access to the downtown airport and decreasing traffic congestion, especially on our local streets."

The contractor competed against two other design-build teams (American Bridge and Traylor-Ames) both of whom had local and national experience. Massman-Clarkson, A Joint Venture's dynamic project proposal demonstrated a design that would be the best value for the city of Kansas City, which made it the top choice.

The winning contractor had to meet or exceed several goals, which included: providing a direct connection between U.S. Route 169 to Interstate 35; building a new bridge that can be reasonably maintained and will provide a century of service; and minimize the impact to the traveling public during construction.

The new Missouri River Bridge will cost close to $220 million dollars to construct and will provide a safe, connective and accessible transportation facility that improves regional and local system performance. The Massman-Clarkson team includes the following firms: Massman Co., Clarkson Construction Co. and HNTB Corporation — all of Kansas City.

The John Jordan "Buck" O'Neil Memorial Bridge is a triple arch bridge carrying U.S. Route 169 over the Missouri River. It serves as a key regional connection between downtown Kansas City and communities north of the river. While safe, the bridge is nearing the end of its projected service life. Opened in 1956, the bridge is nearly 65 years old. Close to 50,000 vehicles use the bridge daily.