Mon-Fayette Expressway Finish Could Be Delayed by Funding 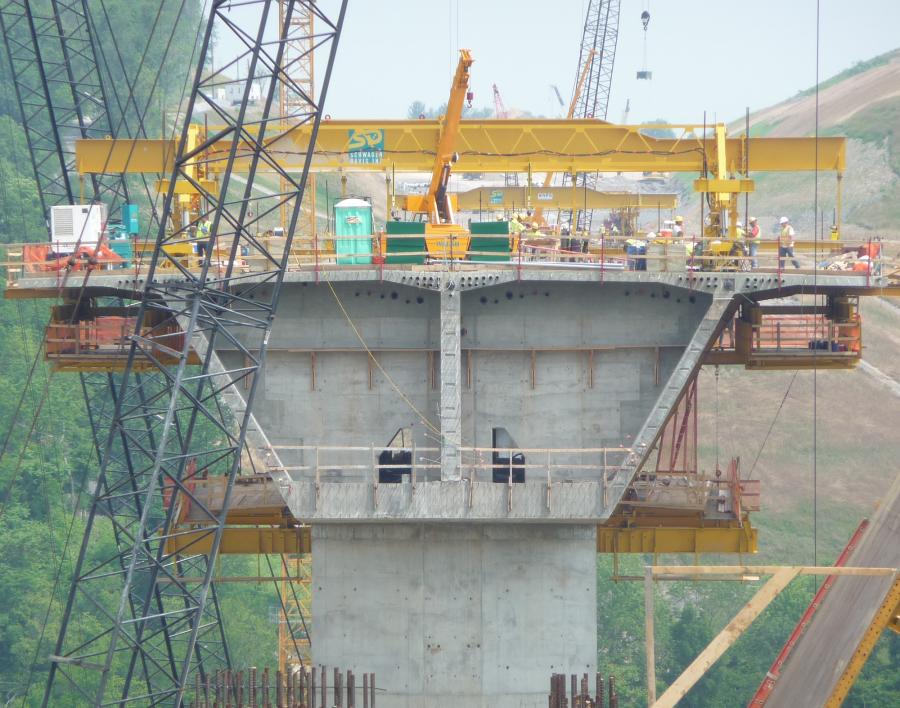 The southern section of the Mon-Fayette Expressway is in final design and scheduled to begin construction in 2024. The northern section may be delayed due to a decrease in gas tax funds.

Funding shortfalls as a result of the COVID-19 pandemic could delay another major Pennsylvania highway project — the northern section of the Mon-Fayette Expressway from Duquesne to Monroeville, east of Pittsburgh.

The Pennsylvania Turnpike, which is building the toll road, said Sept. 1 it has funding to build the southern section of the highway from Jefferson Hills to PA Route 837 in Duquesne. That 8-mi., $900 million project is in final design and scheduled to begin construction in 2024.

But because the project is funded through the oil franchise tax and people are using less gasoline during the pandemic, revenue from that tax is down substantially. As a result, the turnpike is reviewing whether it should delay the design of the northern section on the long-awaited highway, said Brad Heigel, the turnpike's chief engineer.

Under ordinary circumstances, Heigel said, the turnpike would begin designing the northern section once it begins construction on the southern portion. The build is expected to take four years.

With incoming revenue from the oil franchise tax at a low point, Heigel said, the agency will spend the next few months monitoring how quickly it recovers. Some have estimated the tax could generate $800 million to $900 million less than expected over the next few years.

"Right now, we're assessing what's happening with that revenue," he explained. "I wouldn't want to be getting too far out in front of it and begin the final design if we're not sure we will have the money.

"I'm very optimistic about what the schedule looks like for the first section. I don't have an answer for what happens after that. Likely, the northern section will be delayed."

The turnpike funds new construction such as the expressway and the Southern Beltway near Pittsburgh International Airport, which is scheduled to open in fall 2021, through the franchise tax on a pay-as-you go basis with little borrowing. That's different than capital improvements on the existing parts of the turnpike, which often are funded through bonds.

Allegheny County Executive Rich Fitzgerald, who also chairs the Southwestern Pennsylvania Commission, which oversees transportation projects in the 10-county region, tried to redirect money from the expressway to other projects three years ago. When that wasn't possible, he voted for the project that has been discussed for more than five decades.

"I think [delays in transportation projects are] something you're going to see again and again," Fitzgerald said. "Funding is short because taxing isn't keeping up with the needs we have. Pennsylvania is no different than any other state. These projects are reliant on the funding. We need a national infrastructure bill, and we need it sooner rather than later."

State Rep. Austin Davis said he's pleased the southern part of the project remains on schedule and "disappointed but not surprised" with the funding concern for the northern section. His McKeesport district includes the southern section of the highway.

"Obviously, the expressway is a long-term economic generator for the Mon Valley," he said. "At this time, the project is still on schedule and we will have to see what happens with the franchise tax in the future."

"From Sen. Brewster's standpoint, it's still moving ahead and that's a priority for him," Baird said. "A lot of [what happens next] has to do with how quickly the economy kicks back into gear."

Davis, who also is a member of the Port Authority of Allegheny County's board, said the situation with the expressway "further highlights the need for sustainable funding at the state level." The Legislature seemed poised to deal with that issue this year before the pandemic.

"Things are so uncertain right now because COVID affects everything," he said. "It's a very fluid situation. At this point, I think all options are still on the table."

Heigel said one benefit about the construction of the expressway project is that it will be built from south to north through a series of small contracts. As a result, each part can open to motorists as it is finished rather than all of it having to be finished at once like the Southern Beltway. 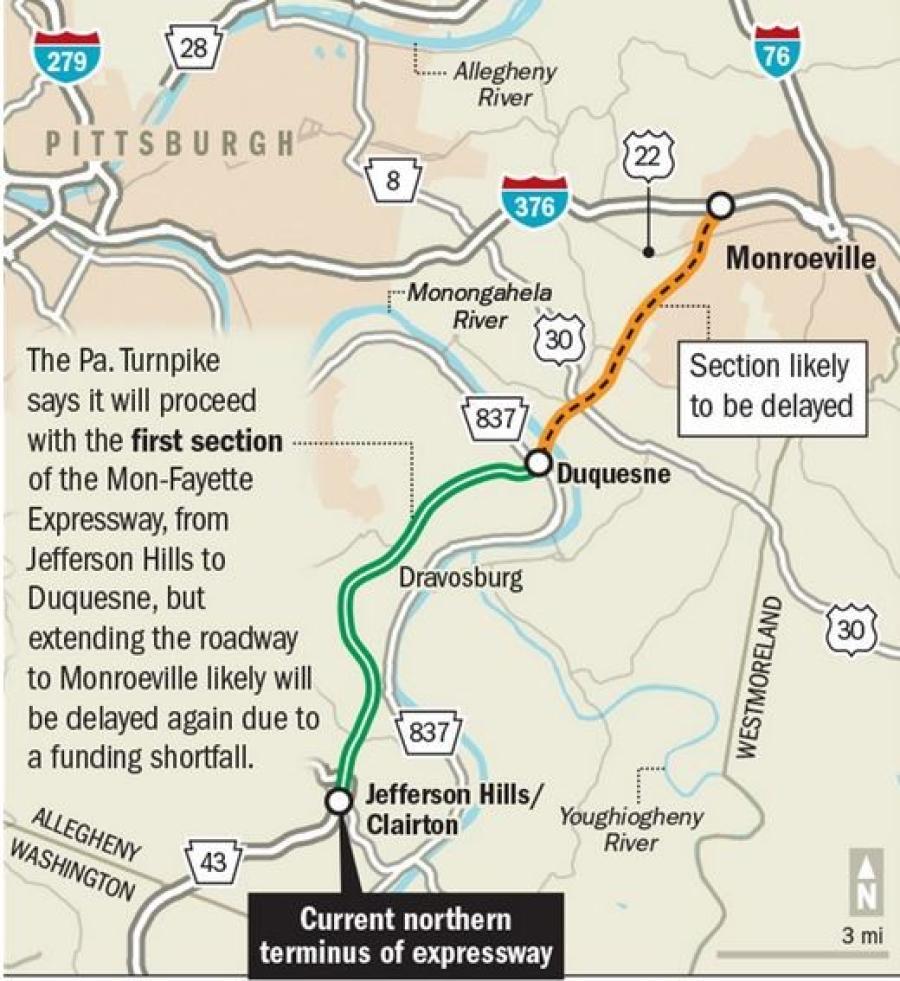